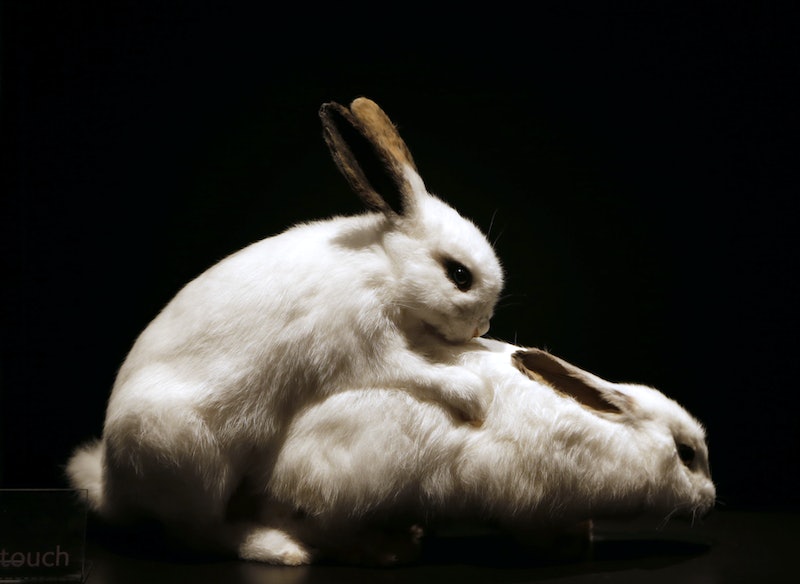 Human sexuality is rich, complex, and fascinating. But when you live in a society as prudish and contradictory about sex as ours, even the basics might be confusing or difficult to learn about. Reddit user iheartdna demonstrated this by posting a sampling of three years worth of anonymous sex ed questions from 9th graders. Presumably—hopefully—this person is an educator and not just some creeper asking/receiving sex ed questions from random teeangers, but I digress. The questions range from logistics to birth control, from orgasm to those who were obviously not taking the exercise seriously. ("Can men get pregnant?" I'm sorry, but no 9th grader asks this question in seriousness. Go home, cheeky 9th grader! The rest of us are trying to learn something!) Also, they all seem to be really preoccupied with hymens without actually knowing how hymens work. (Hymens don't "break," people. Please check out this fantastic video from Laci Green to dispel hymen and virginity myths.)

Few people know this about me, but ever since I was 13 years old (and very, very much a virgin), one of my dreams has been to be a sex advice columnist. I always thought I'd be really good at it, but unfortunately no one has spontaneously started sending me letters or emails asking for advice. But today, I am going to realize my dream and prove to the world how awesome I would be at this by answering some of these 9th graders questions so that we may all be sexually enlightened.

Can people actually get pregnant from second hand sperm in a pool?

I love the idea of "second-hand sperm" like it's this accidental byproduct of regular sperm. Look, I don't know what sort of kinky shit is going down in your pool that is filling it up with so much sperm that pregnancy is a concern of yours, but no, you can't get pregnant from sperm floating about in a pool. That sperm would have to have the swimming power of a million Michael Phelps to get you pregnant, and in such an instance, know that you will be giving birth to a super hero in 9 months.

What is an Alaskan Pipeline?

How do you mean? Do I? (None of your business.) Should you? (If you want, but it's certainly not a requirement.) Do people in general? (Lots.) Can you shave in exchange for sex? (Anything is possible, I suppose.) This is not a real question. Please be more specific and in the meantime do whatever the hell you want with your pubic hair.

If you poke a hole in a condom will it protect against some STDs and diseases?

W-... wait, what? First of all, hole-y condoms are not effective against stopping anything whatsoever. Second, why on God's green earth are you poking holes in condoms? Why bother with a condom if you're just going to poke holes in it? I feel like there's a hopeful, "have your cake and eat it to" aspect to this question, but I can't possibly understand what you feel you would get out of poking holes in a condom. So... just don't. Seriously, no good can come of this. Don't do it. In fact, maybe hold off on sex all together for a while, because you sound like you need to get some stuff sorted out before you're ready.