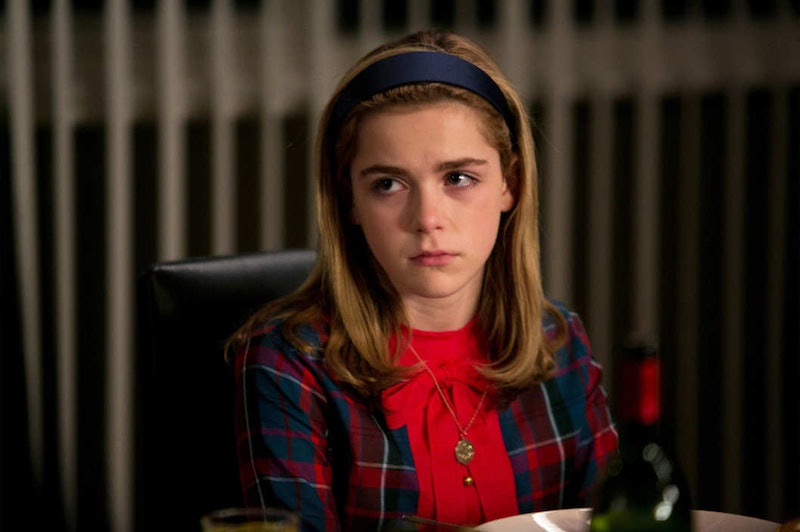 When Mad Men premiered, Kiernan Shipka (Sally Draper) was just six years old. Back when little Sally was running around the Draper house with a dry-cleaning bag over her head or getting ecstatic over her new puppy, there was no way of knowing she would ultimately become one of Mad Men's most important characters. These days, I cannot imagine Mad Men without Sally. She is hands down my favorite character. Watching her grow up from a little girl who idolized her father into a jaded young woman who wants nothing more than to escape a future of becoming her parents has been a painful, poetic, and ultimately rewarding journey. Shipka and Sally became an essential part of the fabric of the show. Without Sally, I can not imagine Mad Men could ever have been such a rich story.

Mad Men has always been overflowing with great characters. Peggy Olsen is inspiring. Betty Draper is brimming with complexities that are not always easy to understand. Ginsberg was a broken piece of art. But there is something extra special about my girl Sally. Maybe it is what she represents: the future, a generation of children from fractured homes, a combination of Don and Betty, or maybe it is Shipka's sharp, beautiful performance. Maybe it is both. The only thing I know for sure, is without Sally, Mad Men would not have had its MVP.

When She Mourned Grandpa Gene

Sally's grandfather was the first person to tell Sally she could be anything she wanted to be. He taught her how to drive, they ate ice cream together, and had heart to hearts. When he died, Sally experienced her first loss, and the moment when she screamed at the adults for laughing after his death (she could not understand that they were sharing stories) was the first time Sally stole the show. She felt the pain so acutely that no amount of consoling could ever bring her innocence back.

Sally was always a part of the youth culture in a way her parents and their friends could not be. Through Sally's eyes, Mad Men was capable of exploring things like the pure excitement The Beatles inspired in kids and teens during the '60s. Sally's reaction to Don getting her tickets to a Beatles concert? Priceless.

When She Ran Away To Live with Don

Betty and Don's divorce ripped Sally's world apart, and she wanted nothing more than to prove to her father she could take care of him. This meant making bourbon-soaked pancakes and going on museum outings, but ultimately Don had to tell her he was sending her back to Betty. Sally's reaction was the visceral, raw reaction of a child who had just realized she was helpless in the face of the adults around her. Mad Men was hardly every more heartbreaking than when a defeated Sally cried in Megan's arms.

Every time She Explored Her Sexuality

Sally was sent to a psychiatrist for exploring her sexuality at a young age, but that did not deter her. Throughout the series, Sally stumbled her way into young adulthood, stealing kisses from her neighbor's son and carrying a mostly unrequited crush for Glen. Sally's journey was further complicated by pressure from her friends and her father's infidelities. Throughout everything, Sally faced her coming of age head on and every step she took was relatable, no matter what era you are from.

When She Bonded With Betty

Sally has never been close to Betty, but the few moments the two have genuinely bonded were special. The most memorable was when Sally got her first period and came home because she needed her mother. The other was when Sally was accepted into boarding school and she bitterly told her mother, "My father never gave me anything." One scene was all about vulnerability, while the other introduced the steely Sally who no longer believed her father to be infallible.

"The City Is Dirty"

Sally was ushered into the adult world too soon. Never mind making cocktails when she was barely out of kindergarten, the real drama began when she spotted her "Uncle" Roger being pleasured by her step-grandmother. Through Sally's eyes, we saw just how damaged and flawed the adults around her were. It was not a pretty picture.

When She Walked In On Don & Sylvia

When Sally walked in on her father having sex with Sylvia, everything she thought she knew about Don was shattered for good. Given how integral Sally and Don's father/daughter relationship has been to the overall arc of Mad Men, I feel confident in saying the scene and its aftermath was the most pivotal moment in both Don and Sally's journeys.

When She Told Don She Loved Him

There was no way back to normal for Sally and Don, but when they finally talked openly and honestly about what seeing Don with Sylvia meant for Sally, they established a new normal. Few Mad Men scenes have ever made me cry harder than when Sally told her father she loved him.

When Don Let Her Into His Past

Shipka is an actress who can speak volumes without saying a word. When Don took his children to the home where he grew up, it was like seeing Don for the first time all over again because that was how Sally saw him.

When She Proved She Was Her Father's Daughter

When Sally confessed that she felt like she had to be so many different people in order to please everyone, not only did she perfectly sum up growing up, but she also proved she truly is Don Draper's daughter. Although the scene came in Season 7, it instantly became one of Mad Men's iconic moments.

When She Told Her Father The Truth

Sally is part of Don and Betty in ways even she can't see, but when she told her father she wanted to grow up to better than them, it should have made him proud. Sally Draper has become a fully self-possessed young woman. She does not entirely know what she wants out of life, but she is wise enough to know she does not want to repeat her parents' mistakes. That alone makes her smarter than every adult character Mad Men has to offer.