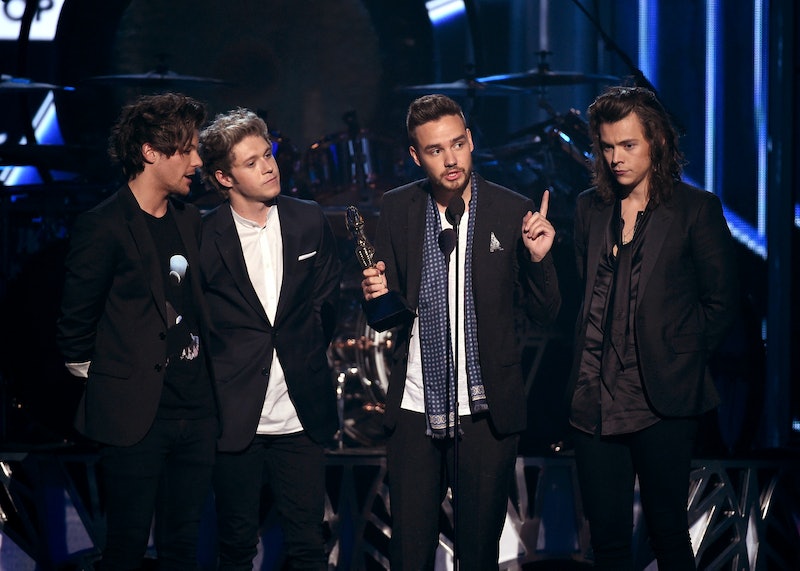 It was short but sweet. At Sunday night's Billboard Music Awards, One Direction took home the first award of the night for Top Duo/Group and, after thanking their fans and Billboard, bandmate Liam Payne pulled the ultimate good guy move. One Direction gave former bandmate Zayn Malik a shoutout during their acceptance, totally spitting in the face of all those haters who insist on believing the band is at war. For those who have been in stuck under a rock or in a some kind of weird suspended animation for the last few months, One Direction-er Malik announced his departure from the band in March, stating he wanted to live his life like a "normal 22-year-old."

While that seemed like an admirable reason to leave the spotlight, and the group that brought him so much success, not even a month later a new single by Malik was leaked. As a result of that — sort of — One Direction made an appearance on the Late Late Show earlier this week to explain that they were moving on and creating new music. Louis Tomlinson talked about his Twitter feud with Malik and stated that all of the "bad blood" (as Taylor Swift would put it) was behind them.

Thankfully the band proved that all to be true with the Billboard Award shoutout. It was simple, but it said so much with just a few words. Even if they're not in the same band together anymore, the five boys seem to still be brothers.