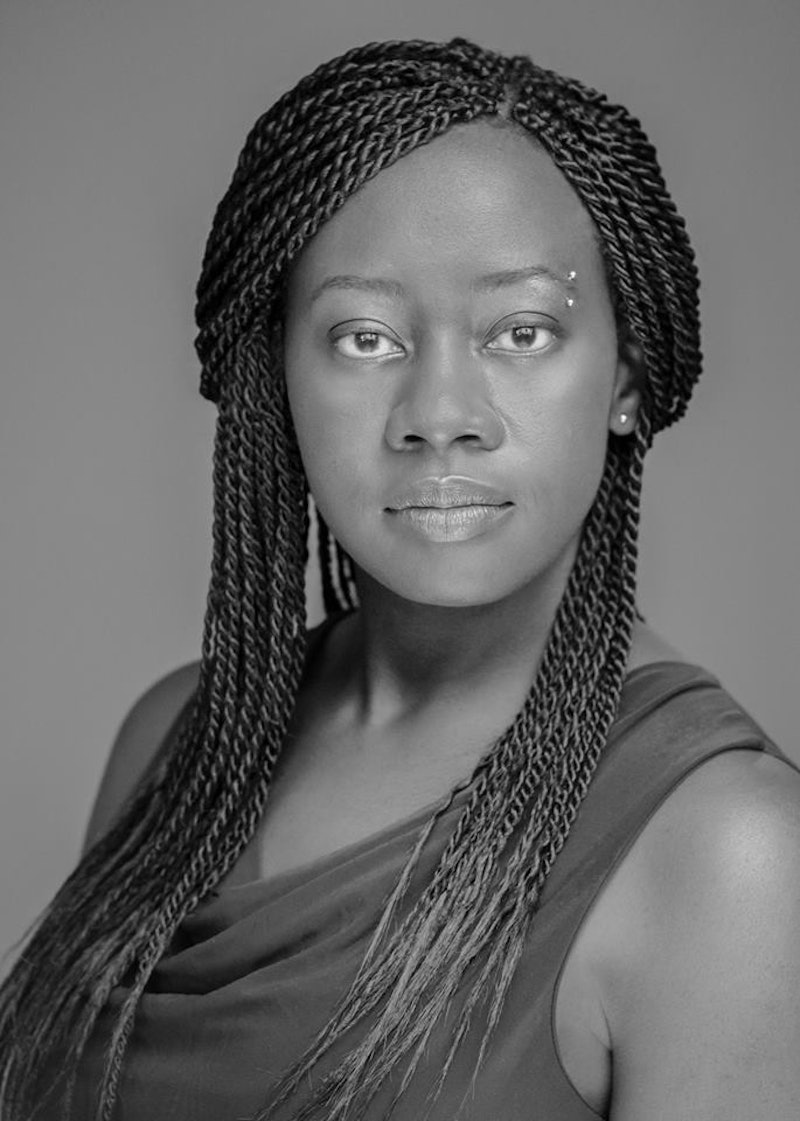 When Julie Iromuanya’s debut novel Mr. and Mrs. Doctor arrived in the mail, I read the back cover — “a Nigerian couple in an arranged marriage begin their lives together in Nebraska” — ran my thumb across all 292 pages, and thought, What have I gotten myself into? Beyond the fact that literary fiction is sometimes a bit... much for me, I wondered if I could get really invested in the domestic realities of two people so different from me.

What I discovered rattled me. Reading this book, I found my worldview recalibrating. While Mr. and Mrs. Doctor certainly dwells in the land of the literary domestic, it’s so much more than that. Ambitious in its subject matter — an arranged marriage, an ever-present Nigerian heritage — and deft in its maneuvering of point of view, Mr. and Mr. Doctor is a staggering debut about legacy, shame, and the folly of ambition.

When Job selects Ifi from a photograph for his wife, he promises her a future and gives her a dream: They will someday open a hospital together, with Job as the doctor and Ifi as the nurse. Once in America, Ifi discovers nothing is as she expected. Paint peels from the walls of their apartment, and the Nebraskan landscape elicits no awe from her: “Ifi opened her palms and let snow fall into them. She scooped it into her hands, pressed them together. She placed it in her mouth and tasted. It was cold and wet, like rain. That was all. She felt foolish.”

Trouble begins with the emergence of Job’s first wife, Cheryl, and his best-friend Emeka, whose very presence sends Job into a fit of jealousy and pride. On the verge of giving birth to their first and only son, Ifi discovers Job’s true profession — a nurse’s assistant, not a doctor — and almost as quickly the couple's ambition transfers to their new son, Victor. Job decides, “I have been foolish…. For too long…. My son will be the doctor instead of me. My daughter will be the nurse instead of Ifi.”

Soon, tragedy unfolds as Job begins an affair with his ex-wife, Cheryl, and secretly impregnates Emeka’s wife, Gladys, in order to give her a son amidst her many daughters. Ifi takes a cleaning job at a hotel, and it's only when Victor is suddenly killed in a traffic accident that she realizes she’s never had a path or any dreams of her own to follow.

Mr. and Mrs. Doctor exposes the near-impossibility of achieving the American Dream for anyone impoverished, especially minorities and immigrants. Job insists that his ambition will lead him to success: “His hands shaking from the sheer velocity of his dreams, dreams that would seem wild and unrestrained in Nigeria. It will happen, he told himself, because this is America.” Yet, his boss degrades him because of his skin color, the police mistreat him, and landlords refuse him apartments because of his foreign accent.

“Do I feel insignificant? Do I feel like a giant?”

As epically anti-heroic and misguided as Don Quixote, and as relatable in his flaws, Job never truly escapes the duplicity that haunts him — “Do I feel insignificant? Do I feel like a giant?” — and Ifi can only recognize her utter lack of mobility. The book’s ultimate tragedy lies in the couple’s inability to reconcile the pride their parents have for sending them to better lives in America with the humiliation of living in a foreign land — where they find no community and no path forward.

Mr. and Mrs. Doctor exposes the near-impossibility of achieving the American Dream for anyone impoverished, especially minorities and immigrants.

Jamal, their 16-year-old African-American neighbor, puts it in clear terms for Ifi: “I hate it here. I hate the way it smells. I hate the busted cars. I hate the trains at night. I hate the white people staring at me all the time. Don’t know why anyone would want to come here.” For these characters, the pursuit of the American Dream comes at the cost of losing their communities, their relationship, and their sense of selves.

Anyone who can appreciate a clear and precise cross-section of the human condition should add Mr. and Mrs. Doctor to her list of must-reads. It offers a deafening examination of American justice, racial tension, marriage, the heroic journey, and the delicate art of perception.