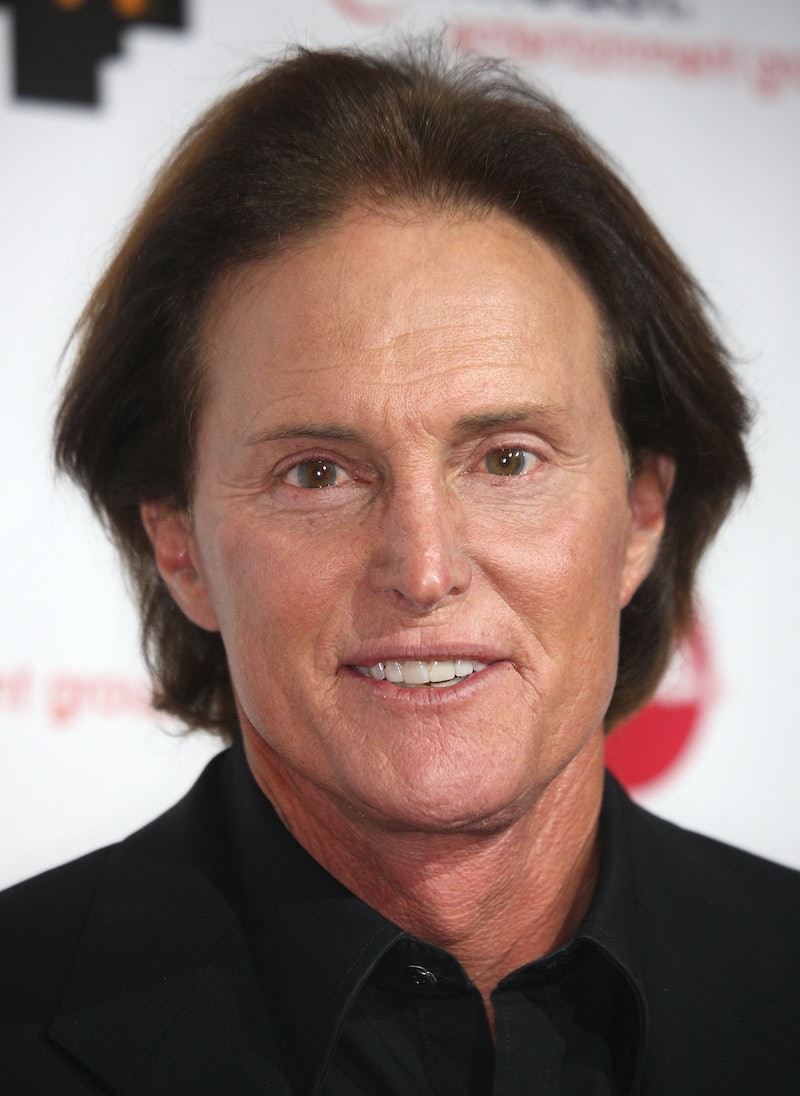 If you've ever watched Keeping Up With the Kardashians, chances are you've seen one or more of his family members take issue with Bruce Jenner's long hair. So it broke my heart on Sunday's Keeping Up With The Kardashians: About Bruce special to hear that for Jenner, cutting his hair was the "most traumatic" thing he endured while keeping his secret that he was "for all intents and purposes ... a woman." It was a running theme throughout the 10 seasons of the show that his family always wanted Jenner to cut his hair. His long ponytail bothered everyone from his ex-wife Kris Jenner to his daughters Khloe and Kim Kardashian.

"My number one goal would be cut the hair," Kim once said of her plan to have Jenner in her wedding. And in another episode, Khloe called him out for not wanting his hair to be cut. "Are you going to cry? I feel like you're really...like this is hard for you to let go."

Well, now we know exactly how hard it was for him to have his long locks chopped. For Jenner, his long hair was a symbol of the person he was on the inside, and having it cut was just a further reminder that he wasn't living life as the person he truly is. "The worst days of my life are the days I've had to get a haircut," he explained in the KUWTK special episode. "I can't take that, OK? I want my hair to be longer but society says I have to cut my hair because 'you're a guy.'"

I can't imagine how painful it must have been for Jenner to hear people mock his hairstyle for so many years. In the Kardashians' defense, they didn't know it had such special meaning to him, but it was sad to hear him talk about how upsetting it was. The good news is that as he embarks on the final stages of his transition into presenting as a woman, Jenner's haircut days are over.

"Getting my hair cut, does it look better on Bruce? Yes, but it doesn't look better on my soul," he said. And despite societal pressures, I'm glad that it seems Jenner's only listening to his soul from here on out.