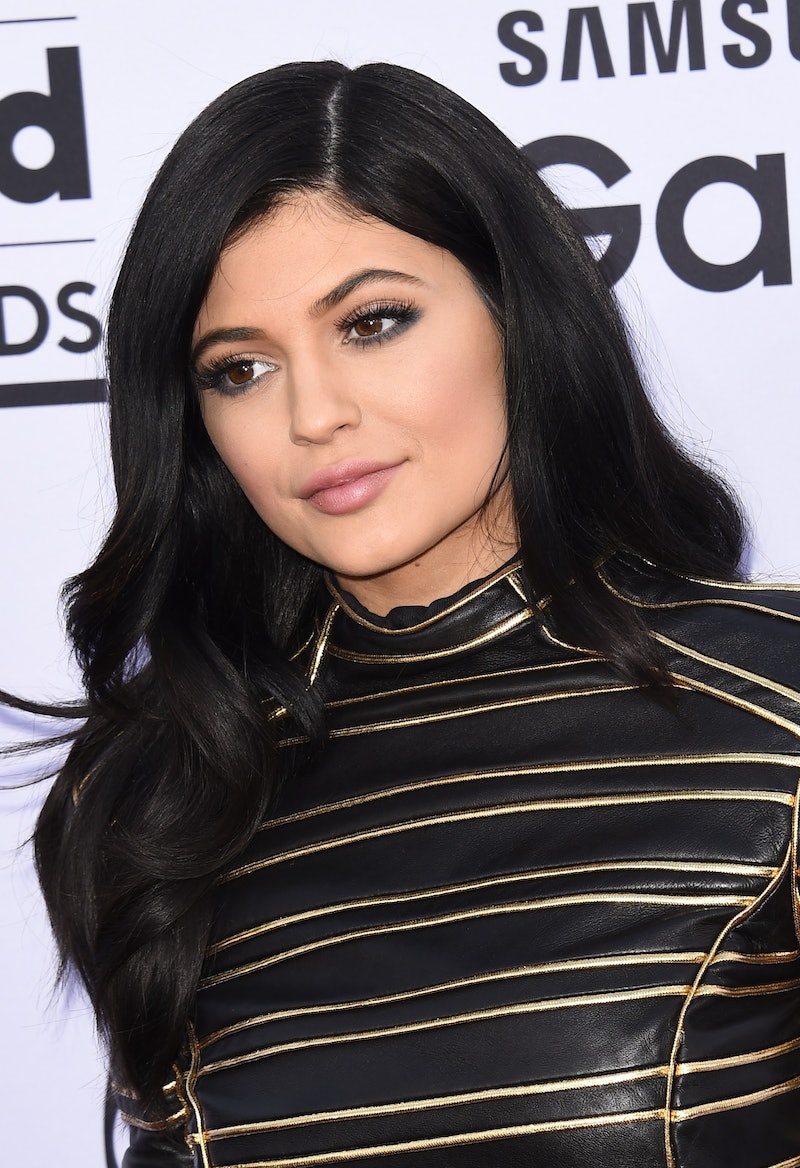 I will never forget my first apartment, mostly because I hated it so much. It was impossible to get hot water for longer than five minutes in the shower, the bathroom door didn't have a doorknob, and my next door neighbor constantly left hateful sticky notes on my front door. As much as it sucked at the time, I did leave with some pretty hilarious stories, and like all crappy life experiences, it was character building. Unfortunately, though, the youngest member of the Kardashian Klan will never be able to say the same thing. Earlier this year, Kylie bought her first house, and it's leaps and bounds more beautiful than anything your typical 17-year-old would ever be able to buy.

According to E! Online, Kylie has already dropped $2.7 million on a gigantic house in Calabasas, the first place she'll live on her own after spending all of her life so far under Kris Jenner's roof and watchful eye. And even though the house is gorgeous, with plenty of room to accommodate her oversized fam — five bedrooms, a home theater, and a pool — Kylie isn't moving in until August because of the renovations she's having done. If you've watched Keeping Up With The Kardashians, you know that overhauling houses is something the Kardashians love to do, so this part isn't surprising, and Kylie's showed off the work she's having done on Snapchat in the past.

OK, so I've left my crappy first apartment behind, but I'm still totally jealous of this house. It's likely way more expensive (and fancy) than anything I'll ever be able to afford in my lifetime, which means that the only thing there's left to do is live vicariously through Kylie. And being that plenty of photos of her new house are online, that's a pretty easy thing to do.

Like, can we talk about how beautiful this is? Everything from the modern chandelier to the rocks along the side of the pool to the tall windows and wide rooms is amazing, and if Kylie so much as thinks about destroying that huge farm table outside by the pool, I will be heartbroken.

The bad news: It looks like Kylie's pretty much gutting the place, at least according to what she's shared on Instagram. Beautiful house or not, she's ready to make the house her own, something I can definitely appreciate. Decorating your house is fun, and I imagine it's especially fun when your budget is essentially limitless.

I can't wait to see the house when Kylie's done with it, especially if she asks Kourtney for help. In the meantime, I'll be over here weeping because my house as a 26-year-old pales in comparison to what Kylie can afford.