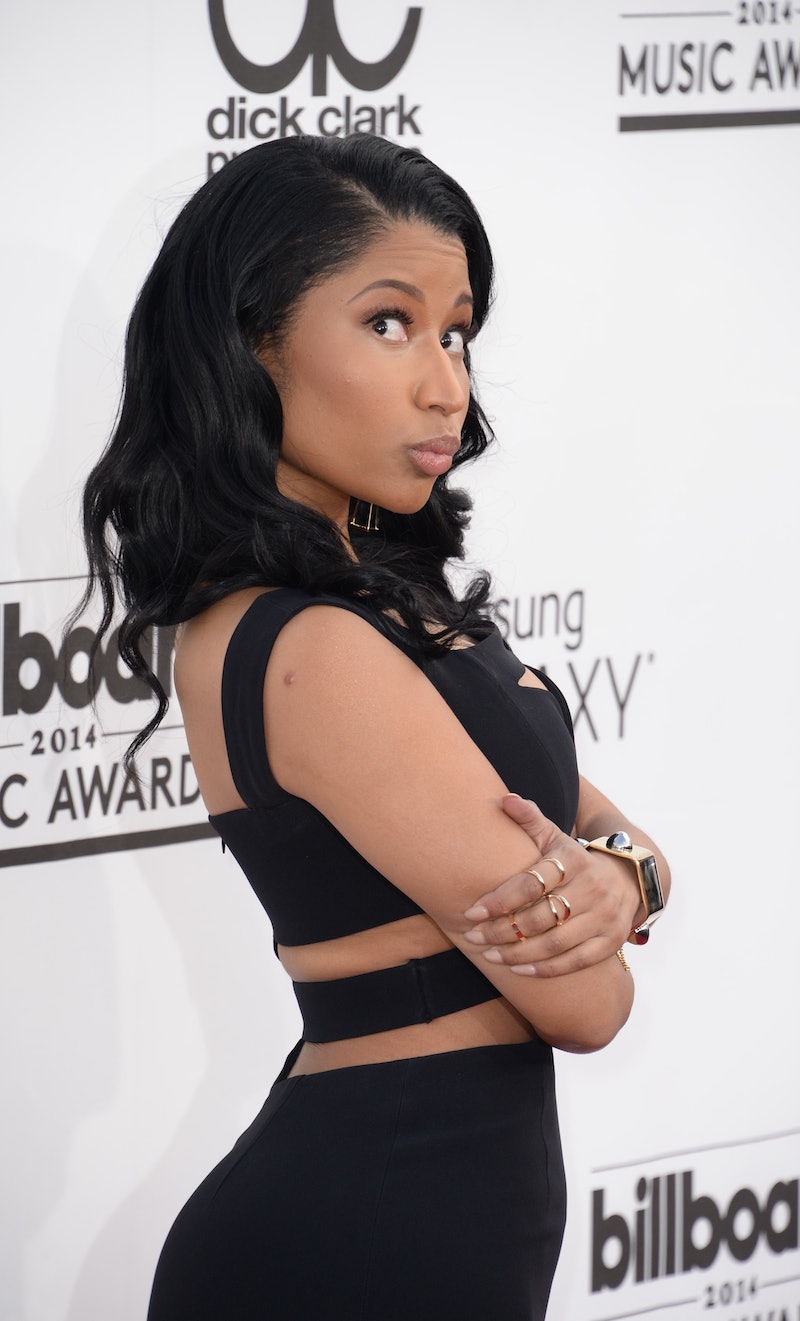 If you haven't already heard the addictive new track from Nicki Minaj and Beyonce, "Feeling Myself", stop everything you're doing and go listen to it pronto. On second thought, finish reading this post and then go listen to it. The song has recently been featured in a 30-second clip on Tidal which showcases Minaj and Beyonce seemingly having the best Sunday Funday anyone could ask for, complete with a bouncy castle, cheeseburgers, and a pool party featuring what I believe to be an inflatable kiwi slice. There's no doubt about it — the video for this song is poised to be just as on fleek as the song itself. During your first listen, you might be so enveloped by the catchy beat, Beyonce's inimitable pipes, and Minaj's ridiculously on point rap skills. A further listen to this track, however, will likely have you noting some pretty empowering feminist themes peppered throughout the lyrics.

The chorus, itself, serves as a repeated mantra of the phrase "I'm feeling myself," which basically — in true Minaj and Queen B form — states that, ladies, we did wake up like this, and every single time we wake up, it's freaking flawless. Other lyrics point to Minaj's fierce ambition and ability to overcome barriers which could include anything from the typical hater, to those steeped in archaic conventions which many women continue to face both personally and professionally. Let's take a look at the seven of the most empowering feminist lyrics from this track, which is bound to become a permanent fixture on your iTunes.

"I stopped the world. Male or female, it make no difference."

In other words, gender doesn't dictate one's capabilities and should never hinder one's success. Equality #FTW, am I right?!

"I am a rap legend, just go ask the kings of rap"

Minaj is one of many women who has proven hip hop isn't simply a man's world.

Not that there's anything wrong with top 40 music, but Minaj has versatility which can take her anywhere she wants to go, regardless of genre or pressures she encountered during her start in the industry.

"Who is the queen and things of that?"

The question is posed rhetorically, as we know Queen B isn't the only queen on this hot track.

"Cause we dope girls we flawless, we the poster girls for all this"

Yes, ladies, because every time we wake up, it's flawless. Don't forget it!

"On The Run tour, with my mask off"

An ode to Beyonce's previous tour with husband, Jay Z, this line reminds us that we should never mask our most genuine selves.

The line repeats as an empowering mantra throughout the song. Basically "feelin' myself" means to appreciate yourself, practice self-love, and eschew any conventions that would tell you otherwise.