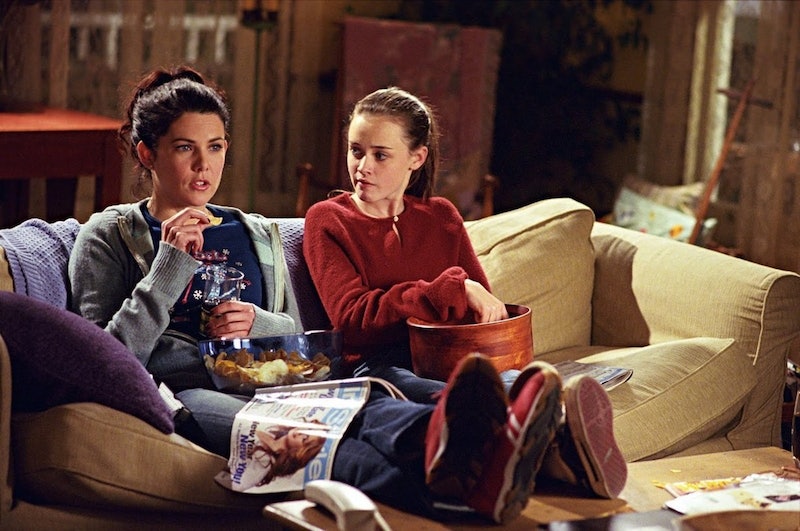 Not all shows are rewatchable the same way Gilmore Girls is, and I think that has a lot to do with the show's attention to detail. No matter how many times you watch each episode, there are always new things you end up catching for the first time, thanks largely in part to the ridiculously huge supporting cast. Never in my life has living in a small town seemed appealing to me — except for when I'm watching Gilmore Girls . It makes me wish I had wacky neighbors instead of the regular, boring ones I'm stuck with now. The characters who populate Stars Hollow on Gilmore Girls are so lovably crazy. Who wouldn't want to know them in real life?!

However, sometimes they aren't so lovable, and they're mostly crazy — especially when one of them got in the way of Luke and Lorelai's relationship, aka the most perfect love story of all time. And some townspeople were obviously way nuttier than others, which is where this ranking comes in. I would love to know all of these people, yes, but they'd probably get on my nerves in this order from least obnoxious, to most.

Remember the contractor who shows up when building projects are being done, like when Lorelai bought the Dragonfly Inn and had it renovated? He's a nice guy. Not too wacky at all.

The way I see it, Gypsy's just trying to run a business. She doesn't have a lot of patience or time for her far wackier neighbors — she just wants to fix their cars and move on with her life.

Morey is the silent yet musical husband of Babette, who quietly puts up with her cat lady habits and her constant gossiping with Miss Patty. If you ask me, Morey is totally underrated. That man deserves an award.

Caesar, the line cook who works at Luke's, is amazing, especially when Lorelai catches him dancing in the diner after it's closed. He doesn't make the best employee, but Luke seems to have a soft spot for him, or I have a feeling he would have been fired along with the butt napkin guy.

The sweet, patient teacher who finally dated Kirk and would come to be known as Kirk's Girlfriend to anyone who would listen to him brag about having a girlfriend. The only part about Lulu that's wacky is that she dated Kirk, and even that's kind of sweet.

Even though she only wanted what she thought was best for Lane, Mrs. Kim is a piece of work. Definitely the scariest resident of Stars Hollow by far. I seriously don't get how she kept her antique store running without terrifying all of her customers.

She's sweet and she means well, but Babette is definitely among the wackiest. Remember all the times she let herself into Lorelai's house when no one was home to do laundry and hang out? Who does that?

Babette's partner in crime, Miss Patty spends most of her time reliving her glory days on Broadway and hitting on the various men who come through Stars Hollow. My favorite moment was when she dropped this gem: "You know, it's times like these that you realize what is truly important in your life. I'm so glad I had all that sex."

Taylor is obviously batty. He organizes the town into pink and blue ribbons when Lorelai and Luke break up, he is constantly creating new rules about the way the town should run that make absolutely no sense, and makes town hall meetings both a hilarious and annoying experience.