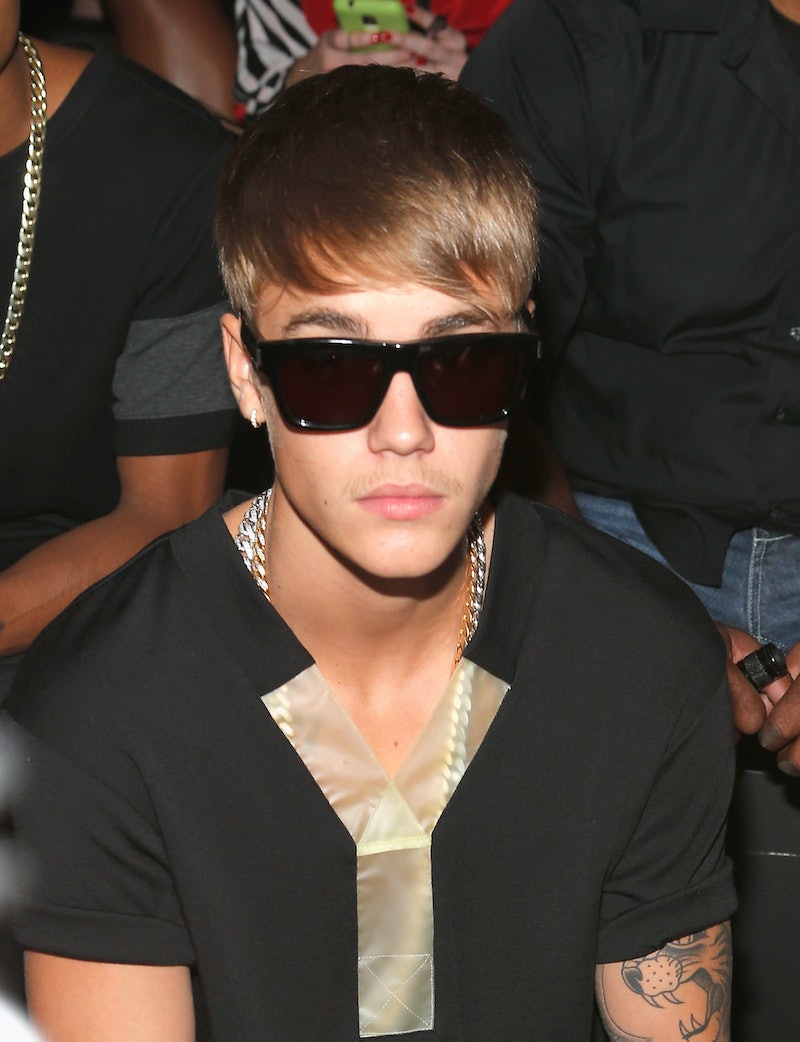 Oh, Justin. Ooooh, Justin. We spend so much time making fun of you and your baggy pants and your penchant for having your bodyguards carry you up the Great Wall of China and for spray-painting Canadian pot leaves places while defending abusers — but we might actually be siding with you on this one? Because, guys, a girl filmed Justin Bieber sleeping in a Brazilian hotel room, and while our first instinct is always "lol, Bieber," our second instinct on this one is leaning more towards "ewwww."

This all comes after Bieber's other exploits in Brazil — the most notable being thinking that leaving a Brazilian brothel dressed up in ghost-chic was the way to go undetected by the press.

Initial reports assumed that the lady in the video — who films Bieber, then pans to herself and her cheeky little smile and blows the singer (or a dude who looks just like him) a kiss before making her exit — was one of the Brazilian prostitutes from Bieber's recent adventures. The Bieber camp has responded since then, though, to say that she was not a prostitute, but rather just some lady, and that Justin just "fell asleep on the couch" at a party he was throwing and she filmed him.

They also mentioned that Bieber is kind of massively creeped out that this video exists.

And look, we get the urge to film Justin Bieber sleeping — but to then spread that video worldwide? It's kind of a textbook storyline for a show like Gossip Girl or Nashville wherein the message of the episode is that "fame and notoriety are way more of a bummer than they look, guys." Because a sleeping person can't really consent to being filmed?

And while we'd definitely put Bieber on a few lists of Obnoxious Humans, there are very few people in this world who actually deserve this kind of exploitation and he doesn't seem to be one of them. We have limited reserves of sympathy for gallivanting young rich white dudes tearing up a city with giant wads of cash on an international music tour, but we're kind of creeped out with you on this one, Bieber.

You can watch the video here, but like we did, you'll probably feel a little slimy afterwards.