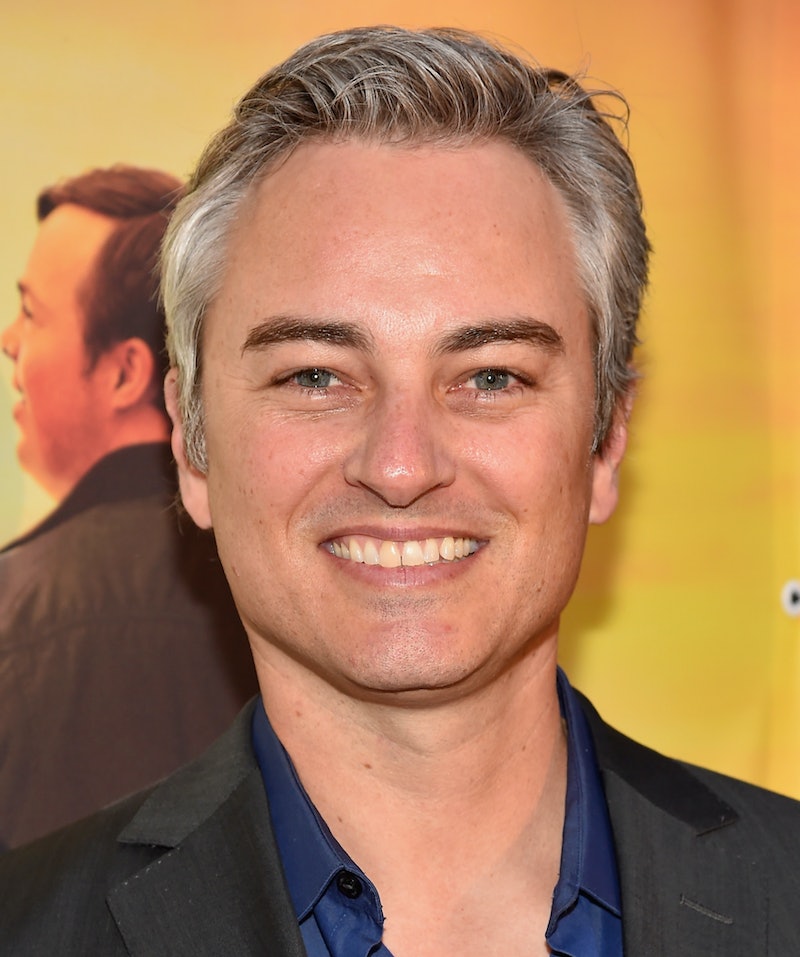 Dawson’s Creek was perhaps the most zeitgeist-y show of the late 1990s and early 2000s. Kevin Williamson’s masterpiece (yep, I’m gonna call it that) not only launched the careers of stars like James Van Der Beek, Michelle Williams, and Katie Holmes, but it also tackled some pretty tough stuff in the process. In the 1999-2000 season, Dawson’s Creek featured the first gay male kiss with character Jack McPhee. Gay kisses on television are no big deal now, but back at the beginning of the century, there were few gay characters on the airwaves at all, let alone smooching on them. Ellen DeGeneres had come out as a lesbian only three years earlier, and Will & Grace was barely in its second season at the time.

Kerr Smith, who played Jack, was looked upon as a part of this process. Earlier, this year, he told Bustle, “[Portraying Jack] was a significant role back in the day,” he says. “Back in ‘98, I think it was, or ‘99 — when we decided to do this gay storyline — back then, there weren’t a lot of gay characters on television. It was a big deal.”

Interestingly enough, Smith was hired to create a love triangle between himself, Joey Potter, and Dawson Leary, so he was a little thrown when the gay storyline came up. Smith told Bustle, “It was a big decision for me back then, but I think I made the right one. I’m proud of the work that we did. The fact that people are still thinking about it kind of proves that.”

On this anniversary of that great big kiss, I want to know: Where is Kerr Smith now and what is he doing?

Let’s get the personal life out of the way first: In 2003, Smith married fellow actor Harmoni Everett, but the duo divorced in 2009. Sad. Post-and-during Dawson’s Creek, Smith appeared in teen death movie supreme Final Destination , as well as Cruel Intentions 3, the witchy WB series Charmed, a few iterations of CSI, and the largely forgotten but not horrible Eli Stone. In 2010, he starred alongside Shiri Appleby in the CW show Life Unexpected, playing a radio show host and Appleby’s on-screen fiancé (the show was cancelled after two seasons).

In 2014, Smith found himself on another groundbreaking show: ABC Family’s The Fosters. He plays Robert Quinn, character Callie Jacob’s biological father, who is maligned as a villain (but I personally don’t see him that way). Interestingly enough, Smith’s turn on Dawson’s Creek really set the stage for The Fosters: This past season, there was a gay male kiss between two teen boys — a scene that would not have been possible if not for Smith’s lip lock 15 years ago. In an interview with Bustle, Smith said, “Hat’s off to Hayden [Byerly] for tackling [that] character, because I think it’s pretty amazing for somebody his age to be able to do that.” It’s all thanks to you, Kerr!

So what’s next for Kerr Smith? According to IMDB, his latest project is The Fosters and only The Fosters (at the moment, that is), so perhaps Robert Quinn is here to stay.

More like this
Dan Levy’s Father’s Day Pic Of Dad Eugene Spoofs The ‘Schitt’s Creek’ Vet’s Past
By Grace Wehniainen
Jennifer Aniston Is Still Wearing That 'Friends' Dress She Stole From Monica's Closet
By Jake Viswanath
Emma Thompson, Lashana Lynch, & Stephen Graham Lead Netflix’s 'Matilda'
By Sophie McEvoy
Why You Loved 'One Tree Hill' So Much — And Still Do
By Sabienna Bowman and Radhika Menon
Get Even More From Bustle — Sign Up For The Newsletter