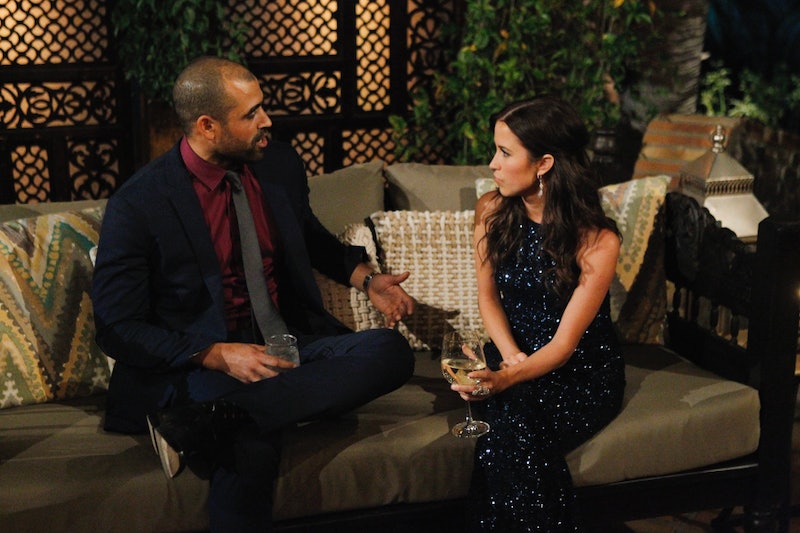 Another May, another Bachelorette controversy. The preview reel for Kaitlyn's Bachelorette season rolled at the end of Tuesday's special episode and with it came some disturbing realities. It's very apparent that Kaitlyn has sex with a guy on The Bachelorette , but that's not what is messed up. It's the way that Kaitlyn and the men react to her sexual activity: Our Bachelorette continually cries and chastises herself for her actions — at least that's what the editing for the promo implies. And what's worse, is that she's not the only one laying the blame on thick.

Ian, the Princeton guy who I was rooting for up until this preview played, sits Kaitlyn down and appears to admonish her for sleeping with another contestant, suggesting that she's just the Bachelorette to screw around with a bunch of guys. It's a quick, unclear cut, but it appears that he says, "I feel like you were here, f—king a bunch of dudes on TV." And while we could ask who Kaitlyn sleeps with, A: it doesn't matter and B: if you really want to know, it's clear we'll find out this season.

What really matters here is that Kaitlyn is at least mildly slut-shamed by her suitors, who feel cheated that she slept with another man... on a show where the point is dating other men. I just hope that the clips in which Kaitlyn says things like "I feel like such a bad person, honestly I feel like something’s wrong with me" and "You think I’d just learn at this point but it’s so hard" are pulled out of context for the point of making this trailer more dramatic.

When anyone has a serious connection with someone, they may find themselves having sex with that person — it's kind of how bodies work. Sure, it's a first for The Bachelorette, but that doesn't mean Kaitlyn needs to feel terrible about this. The fact that this kind of stuff is so rare in this environment is actually kind of incredible: We humans are wired to hook up.

Here's hoping this season treats Kaitlyn better than she and her suitors appear to in this trailer. She simply deserves better than this.