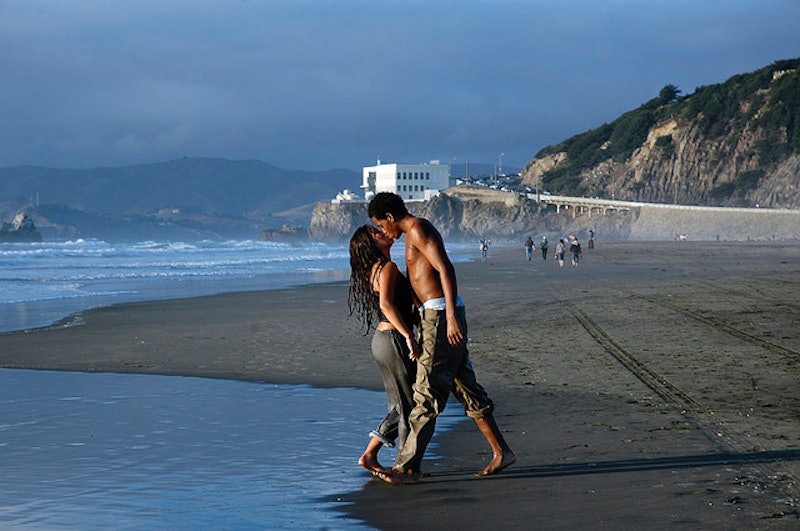 If you’ve ever been in love, you know that there’s a big difference between that and anything else. Love is something you feel that is selfless, enduring, steeped in commitment and trust, and definitely about more than just sex and physical beauty. But what are the signs you're in lust? Lust has little to do with emotions and everything to do with desire. It’s an animalistic primal urge that comes from within, an intense fire that can only be quelled by getting it on. It's strictly about sex, and hot, oh-so hot.

But lust tends to get a bad rap. It is, after all, one of the seven deadly sins, and we all know what will happen to you if you indulge in one of the seven deadly sins: Hell. I think; I might have missed that particular Sunday School class, but it sounds pretty accurate. Either way, in the eyes of religion, lust is bad, which may also add to the fact that it feels so damn good.

While love is great and something everyone should experience, lust is equally great, in a completely different way, and should also be experienced. If you find that you’re lusting for someone, then congratulations! You’re human!

However, there's a time and a place for everything, and you can't just run around lusting willy-nilly. Here are six reasons it's OK to be in lust and not love.

1. When You Know What You Want But Just Haven’t Found It Yet

Every woman gets to a point, after years of dating, that she realizes exactly what she wants from a relationship, but just can’t seem to find it. You’re not going to give up, but since you’re so aware of what that ideal person will be and will entail, you might as well let yourself be in lust in the meantime. Lots of hot, drama-free sex is exactly what you need.

2. When You Prefer The Exterior To The Interior (And You're OK With That)

Having been in a seriously effed up lust relationship, I can say that what it came down to was more about how he looked and what he could offer my life on the surface, than anything else. He was gorgeous and fun, but not much more than that. I was constantly reminded, every time he did something that annoyed me, that I lusted for him from a sexual standpoint, and definitely not any other reason.

3. When You’re Not Looking For Anything Serious

So maybe you’ve done the relationship thing, and you just need a break. You want to have fun, finally cash in those vacation days, and live your life on your terms. You want to have flings, sex with strangers, give into the urges, and finally tell that hot coworker whom you’ve been lusting after that you’re in lust with him and you’re ready to make it happen — NSA, of course.

4. When You Don’t Want Any Emotions Involved

Depending on the situation, the fine line between lust and love can get a bit cloudy. However, if you know that you’re just in lust, and want nothing from the person in question but sex, with absolutely zero attachment or emotions, and you know you won't run the risk of your heart changing its mind, then lust away.

5. When You’re In Between Relationships

You don’t want to talk, you don’t want to know where they’re from, the schools they’ve gone to, or how old they were when they had their first kiss. You just want someone you think is hot to have sex with to kill sometime, and be able to leave right afterward. How else does one get through a possible dry spell?

As Dr. Judith Orloff wrote in Psychology Today, “Pure lust is based solely on physical attraction and fantasy — it often dissipates when the 'real person' surfaces.” If you’re in it for the fantasy, the idea of something whimsical fueled by hormones and nothing else, then hell yeah, it’s better to be in lust than love. Love hardly involves fantasy, and frankly, can be a bit complicated.