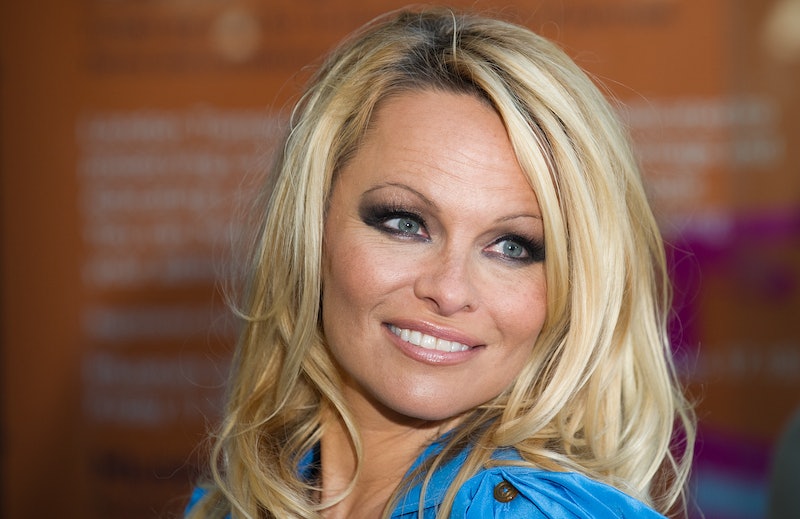 Activism and fashion have long been linked in the pursuit of a more egalitarian, humanitarian society, and so PETA's anti-meat ads starring Pamela Anderson should come as no surprise. However, the impact of the actress's Psycho-themed ad is quite unexpected. Perhaps PETA was missing the mark all along with its high-shock value prints when all that was needed to garner attention was a nearly-nude celebrity.

The first black-and-white image of the ad campaign to be released depicts Anderson grasping a white towel to her frame while mimicking Janet Leigh's frightened expression on glimpsing her attacker during the infamous shower scene in Psycho, but PETA's objective delves much deeper than attempting to elicit a shriek from audiences. The advertisements caption reads, "Meat and dairy farms drain half the country's water. Making a splash for the environment doesn't mean shorter showers. Try vegan," directing focus towards towards California's drought and one of its purported underlying causes of water loss.

Photographer David LaChapelle certainly succeeded in gaining the attention of the nation with the advertisement; after all, it isn't often one sees a nude star outside the pages of Maxim or Playboy, and Anderson's expression certainly captures Leigh's look of sheer horror in Psycho. Fashionista additionally reports that Anderson will debut several more prints from the campaign on The Ellen Show later this week.

Whether or not PETA will continue to draw supporters from its risque advertisements remains to be seen, but Anderson's Baywatch fan contingency is undoubtedly very pleased.