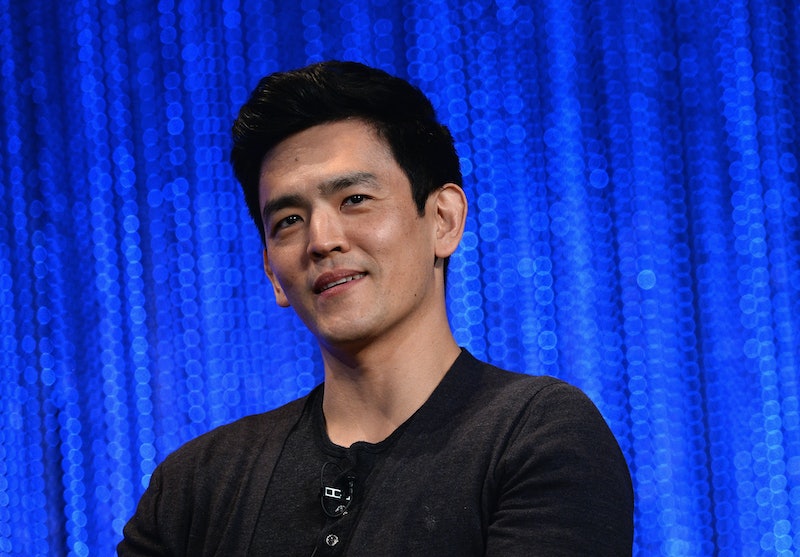 Season 3 of Arrow closed out with Oliver and Felicity driving off into the sunset, leaving all thoughts of hero angst and super villains behind. (I give Felicity one day. One day she can go without hacking into something before she demands Oliver drive her to the nearest Best Buy.) They've left Starling City in the capable hands of Diggle, Thea, Laurel, and Ray. And while those four and their friends are fully capable of fending for themselves, you can't have Arrow without the Arrow. Something or someone will draw Olicity back to their home, and based on some hints that Ra's al Ghul dropped in the finale, the inciting incident might be the arrival of one Damian Dark in Arrow Season 4.

The very ominously named Damian Dark tried to laid claim to the Heir of the Demon title, according to Ra's. Unsatisfied in that endeavor, he escaped and went sort of rogue, basically becoming an unauthorized member of the League. He was also mixed up with Malcolm Merlyn, at one point — who, by the way, remains a murderous power-grabber with no conscience, even if he did serve a purpose on Team Arrow once upon a time. Hence, him taking the Ra's title on with gusto. Anyway, with a history like that and a score to settle, Dark is a likely candidate for next season's major nemesis. Who should play him? I've put my imaginary casting director hat on, and will now humbly submit a few ideas.

You know what? Go big, or go home. Yes, Jackman is a Marvel guy, what with his many turns as Wolverine in the X-Men films. But if he would do a little comic-hopping, I could absolutely see him going head-to-head with Oliver Queen.

Also no stranger to work with graphic origins, Wilson starred as Nite Owl in the Watchman feature film adaptation. He's got a big TV year coming up, playing Lou Solverson in the second outing of the Fargo anthology. What's one more franchise?

He's available, due to Forever's cancellation. And while I hate to bring it up because it was kind of a mortifying flop, he is a veteran of the last Fantastic Four series. It wasn't his fault, guys.

The idea of the Halt and Catch Fire star playing a dashing villain is just short of too much for me. (I have made the executive decision that Dark should be dashing.) That's the perfect amount.

He's a little young for the part, I think. And yet, I find it difficult to care. John Cho deserves to be on a successful series, after the tragic cancellations of Go On and Selfie. And, like Pace, this is an actor who usually plays the affable guy — it would be intriguing to see him go bad.

With the Heroes reboot coming soon, I've been thinking back on my favorite members of that early days ensemble. There's no word of Mohinder Suresh returning in Heroes: Reborn, unfortunately, but that leaves Sendhil Ramamurthy available to move in to Starling City and wreak a little havoc.

More like this
Stephen Graham’s Wife Plays A Vital Role In His Career
By Emma Madden and Sophie McEvoy
The 'PLL: Original Sin' Creators Say A’s Identity Will Be “Very Clear” By The Season Finale
By Alyssa Lapid
Everything To Know About The Musical 'Joker' Sequel – & Lady Gaga’s Role
By El Hunt and Sam Ramsden
Sky’s New Princess Diana Doc Tells Her Story Like It’s Never Been Told Before
By Frances Stewart
Get Even More From Bustle — Sign Up For The Newsletter