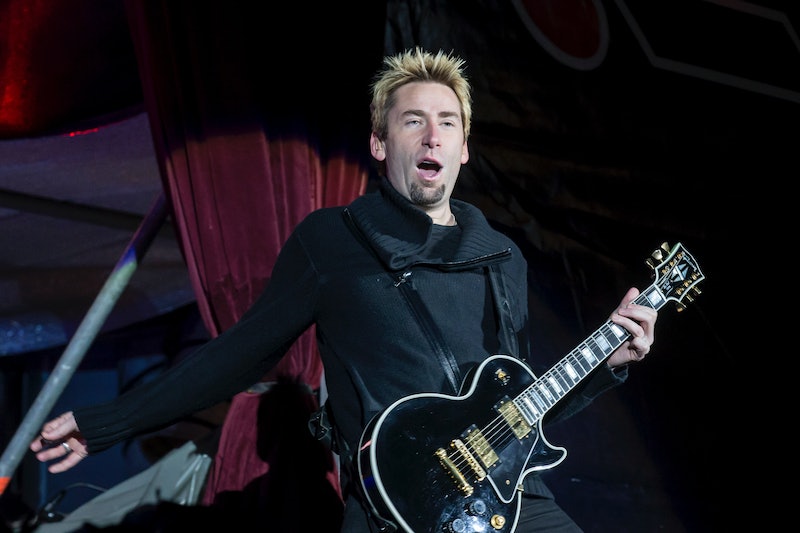 Jokes are pretty chill most the time and helpful in lightening the mood or looking cool. But, they can be kinda tricky and unfortunately are too easy to fall flat in many circumstances. Like when Best Buy made a joke about Serial in a failed effort to be timely and hip. (They were still talking about a real person who was really murdered, so there's that.) Although significantly less offensive and heaps more strange, Nickelback is wanted in Australia for "crimes against music," thanks to a joke-happy police force. OK!

To be real, I'm super sick of everyone hating on Nickelback. Yeah, at their most inoffensive, they're a pretty boring rock band, and at their worst, they're actually grating to listen to with any regularity. But even more boring than their calculated guitar riffs, in my opinion, is hating Nickelback. Like, can you come up with nothing more interesting to say that expressing a mostly universal disdain? Also, what's the goal in doing that? Does anyone think Nickelback cares that "everyone hates them"? It clearly couldn't be a fully universal hatred since they continue touring the world and making a comfortable living working as professional musicians. If no one was going to their shows or buying their merch, they'd cease to exist, right? Anyway, looks like Queensland Police Service is making a tardy leap onto the Nickelback hate wagon in conjunction with a recent, local show. Scope out this timely flier that went up on QPS's Facebook page:

Not to mention, BOLO looks remarkably like YOLO. Those Queensland coppers sure know how to stay current with the kids. Wait...

This seems kind of like a new level of low in hating this innocuous band. Singer Chad Kroeger had a bit of a snap three years ago and took to Twitter to air his grievances at the overwhelming, ceaseless backlash aimed at the band. It was not a good look.

It's gotta be exhausting to tune out all the uncreative, misdirected trolls as a legit member of Nickelback, despite the cushiony income they scoop up. Remember, any publicity is good publicity, so all the haters—probably unknowingly—continue to keep the quartet current.

Hating Nickelback is like taking a big stand against seasonal allergies or...meatloaf? It's a thing not many people like but when people do, it doesn't actually affect you. No one is trapping you in an elevator playing "Photograph" on repeat. Perhaps they should funnel this fury against something worth fighting against say, I don't know—racism? Gender inequality? Water waste? Even shopping at big box stores would be a smarter war to wage. This is dumb.

Honestly, have any of these people who actively seethe over this freaking band—remember, Nickelback is just a band—ever stopped to examine where this hatred comes from? It seems like such a waste of strong emotion. It might be like how our mothers explained all the mean girl tendencies in middle school: Those rallying against you are just jealous. Think about that for a second. Wouldn't it be dope as hell to tour the world doing your theoretical favorite thing and bank hardcore from it? Sure, the relentless resistance and popular antifandom would be hard, but it isn't even personal after a certain point. Surely in the three years that passed since Kroeger's Twitter meltdown he's come to a similar conclusion: Nickelback haters don't hate Nickelback, they hate themselves.

Looks like Queensland Police Service could stand to hone a few hobbies, build morale and self-confidence among the force. Or, I don't know—focus on fighting crime? Either way.