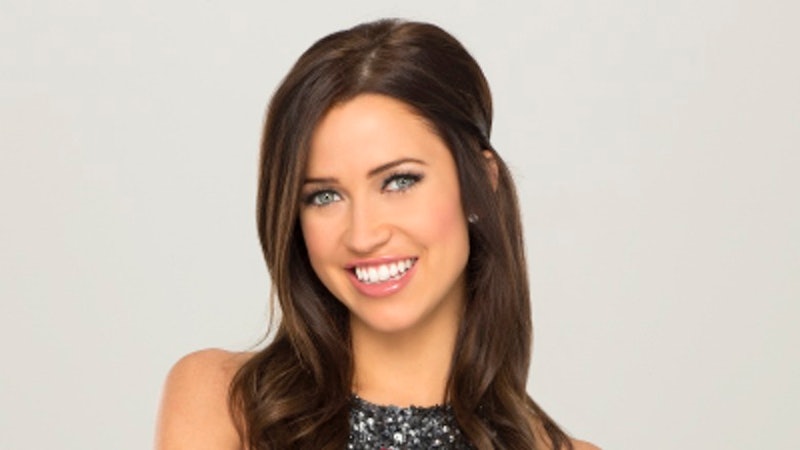 In what seemed to be the "most dramatic" Bachelorette season preview yet, our nation's newest Bachelorette , Kaitlyn, admits to having sex with one of the men of the season. At least that's what it appears to be. First, there's absolutely no reason Kaitlyn should be shamed for her decision to sleep with one of the men on the show. She is a grown woman and should be able to make her own decisions without backlash — just like normal, not-on-TV people do every single day. With that said, are we sure that ABC isn't just really amping up the severity of this situation so people tune in?

The promo for the entire season revealed Kaitlyn telling, what seemed to be, the group of remaining men that she had sex with someone. Cut to the men reacting with tears, screaming, storming off, and sobs (in very scenic locations, might I add). While I am sure these scenes are all in the season, are we entirely sure that these scenes aren't cut from different emotional moments? Perhaps the sex situation as big of a deal as the preview makes it seem to be. Because it wouldn't be the first time that happened, and I guarantee it wouldn't be the last.

Exhibit A: On Chris Soules' season of The Bachelor had a camping date (just like many seasons before) that was teased to make it seem like something sexy happened under the plastic tent's protection. Except, that's not what happened at all. The show had manipulated other moments to make it seem like something occurred that was, in reality, a very normal Bachelor moment (Ashley I. told Chris she was "freaking innocent," so, really, the complete opposite).

Last season of The Bachelor was also guilty of making it look like there was a pregnancy scare. Unless I completely missed that episode when someone became pregnant, or thought they were pregnant and needed to take the test, it was once again, a completely misleading promo. Misleading to the point where the scene was never included in the actual season.

I get why ABC would do this. People are much more likely to watch a season where they think Kaitlyn had sex with someone and all the men freak out and start sobbing on the spot. It makes for great TV ratings. But before everyone gets so worked up about this, we need to take a quick check to remember what show we're talking about. The Bachelorette/Bachelor franchise is notorious for making things as. dramatic. as. possible. Things are really never as they seem on The Bachelorette.

If Kaitlyn did have sex with someone, and the men reacted the way they do in the promo, then that's going to be something that all parties are going to have to deal with like adults. Let's just hope editing doesn't also make Kaitlyn look like a villain.