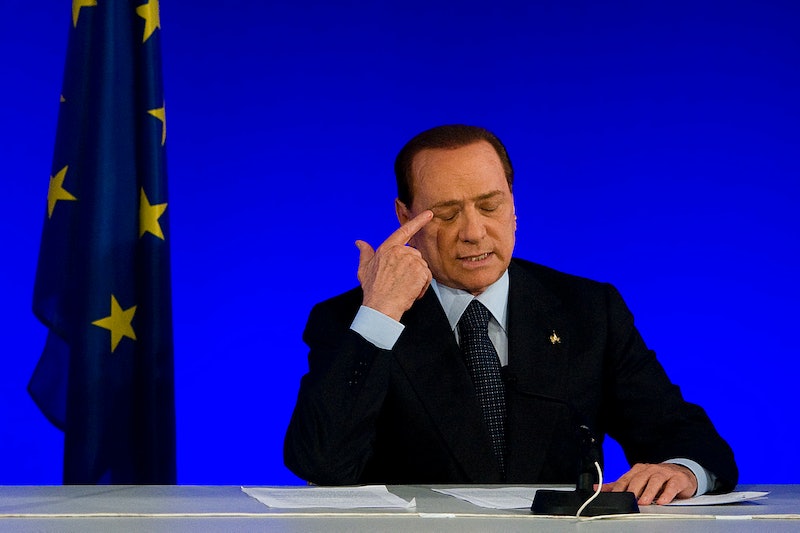 It looks like Italy's former Prime Minister Silvio Berlusconi may finally face the music, as his high-profile underage-prostitution-and-abuse-of-power trial comes to a close.

Berlusconi is no stranger to legal woes. In the past year alone, the former Prime Minister has already faced convictions for tax evasion and wire-tapping scandals, both of which he is expected to appeal. Though he hasn't held office since the end of his third term in 2011, Berlusconi has remained an influential figure in the coalition government instated following the inconclusive 2013 elections.

Still, it may not be time to say arrivederci to Berlusconi just yet. Italy's justice system still allows two more rounds of appeals before the verdict is finalized, and with this guy's track record of wriggling his way out of scandals, we won't be surprised if he manages to get out of even this one.