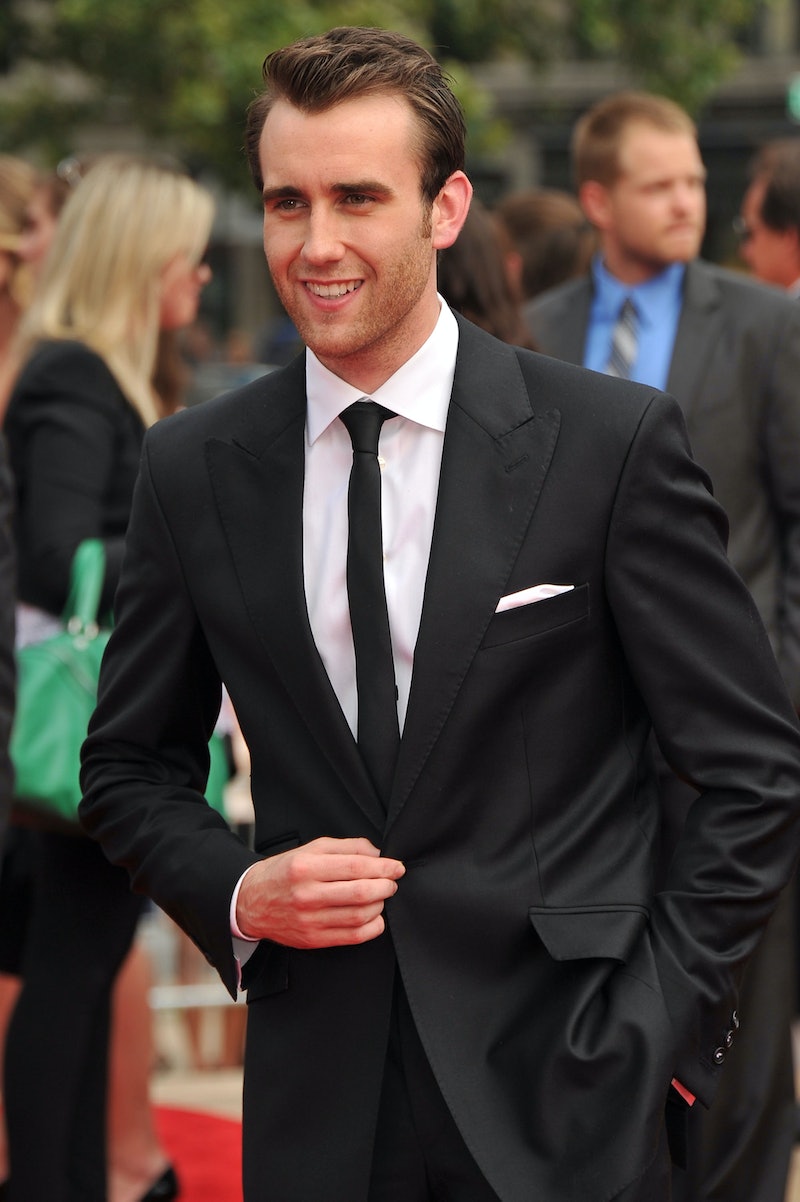 On Thursday, Potterheads got another glimpse at the very attractive man who portrayed Neville Longbottom. Thanks to a shoot and interview with U.K.'s Attitude magazine, we can all now ogle Matthew Lewis nearly nude. The Harry Potter star is known for his transformation from adorable kid to chubby Neville to cute teen to now a man who will stop you in your tracks, because, well, Lewis has got the full package (no pun intended). With that said, it's time to answer a question that is probably on everyone's minds: is Matthew Lewis single?

The actor appears to be a pretty private person, except for when he's showcasing that crooked smile and those tight abs, but based on an article posted by the Daily Mail in 2011, he was linked to a woman named Shinead Husband at the time. Then, in a November 2012 interview with the Mirror, Lewis talked about a girlfriend named Alison Wynd. It's not clear if he and Wynd, a teacher, are still a couple today. He's never shared a photo on Instagram of either lady, so that means he's single, right? I mean, if he hasn't made things Instagram official, that says a lot — or so it would seem.

Now, is Lewis currently dating or single or still with either of these ladies? It remains unknown. But there's no doubt he'd make a great boyfriend, and here's why.

He Likes Being Himself

While talking with Attitude, the actor said this is how he's always looked. For Harry Potter, he wore a fat suit and channeled Neville by changing his looks. However, the 25-year-old loves being himself, as he said, "It was never meant to be a ‘hey everyone, look at me!’ but it was nice to be able to go and be myself."

He's Not Vain, At All

For someone who is extremely good looking, he isn't vain at all. As he told Attitude, "I’ve never considered myself to be good-looking at all. Just average." Even though I disagree, being down-to-earth is a quality anyone would want in a partner.

He Knows How To Have Fun

Based on his Instagram photos, the Bluestone 42 star sure isn't boring, which is a major plus, if I do say so myself.

His Career Is Important To Him

Lewis works hard as an actor, and what's more attractive than someone who is determined and dedicated to their passion?

He's All About Charity

He participated in the ALS Ice Bucket Challenge, which goes to show you he's willing to take off his shirt for a good cause.

See? I told you Matthew Lewis would make a great boyfriend.