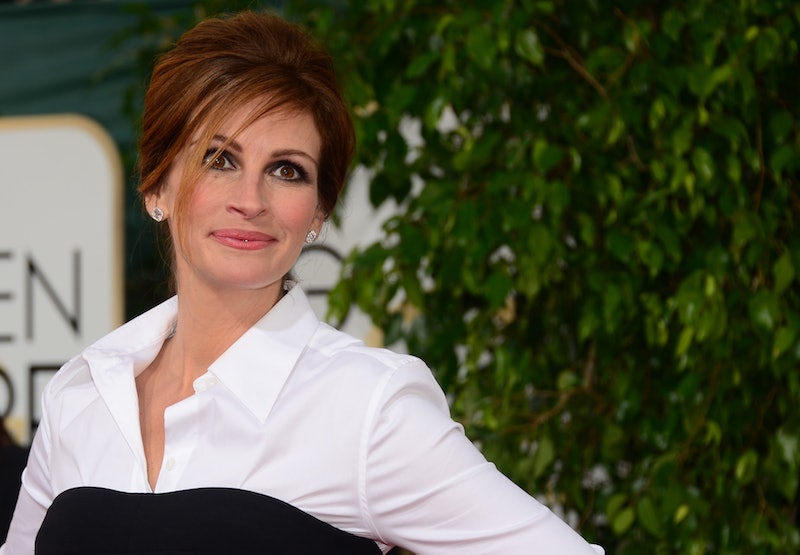 Red Nose Day may be an important charity event that helps combat child poverty, but that didn't stop those involved with the televised event from revealing some juicy gossip about some of the most famous Hollywood celebrities. During the "Hollywood Secrets" sketch on the Red Nose Day show on Thursday night, Billy Bush revealed the hilarious real voices of Julia Roberts, Hugh Grant, Daniel Craig and Liam Neeson. Trust me guys, they're not as appealing when you hear how they actually sound.

It turns out Roberts, Grant, Craig and Neeson all are forced to have their real voices dubbed over for every film in which they have starred. The celebrities' friends joined the fake TV news segment to talk about the jarring voice of their dear friend Roberts. Jodie Foster talked about how surprised she was by the voice when working with Roberts recently, while Hugh Bonneville spoke about how his experience hearing Roberts' voice was a "journey of discovery" on the set of Notting Hill. The sketch then cut to the iconic "just a girl standing in front of a boy" scene from Notting Hill with Roberts' "real" voice. One of Roberts' most significant co-stars Richard Gere called Roberts' "real" voice Barry White-esque.

But Roberts complained that her voice wasn't as strange as other co-stars and actor friends. Hugh Grant's real voice isn't even British, and Daniel Craig's voice gets recast because he apparently sounds like a little girl. Craig however proclaimed that he does not sound like "a little girl. I sound like a big man-y man." And just wait until you hear Liam Neeson's Taken speech with his real voice. Check out the video below.