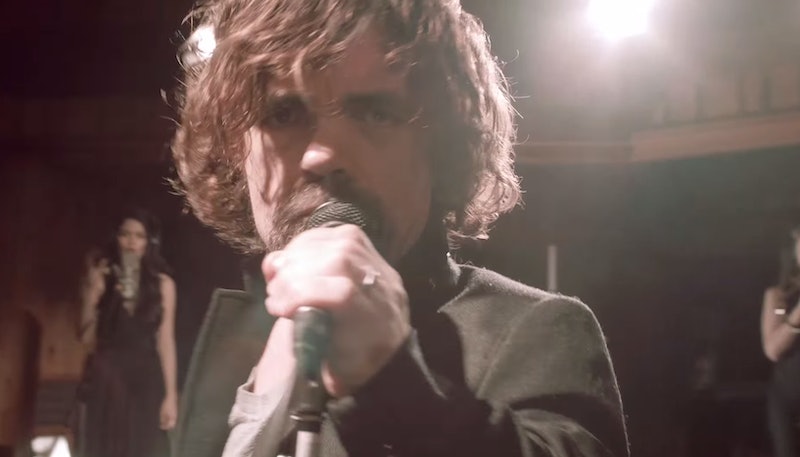 It was easily the most anticipated moment of the entire night, and it did not disappoint. On Thursday night's Red Nose Day charity television event on NBC, a cavalcade of celebrities made appearances in person and in a multitude of sketches to raise awareness and money for Red Nose Day, a charity event that helps combat child poverty across the globe. From funny sketches involving "real Hollywood voices," gender-swapped movie remakes, and a very special Billy On The Street with Martin Short, Red Nose Day really tried to pull out all the stops to get viewers to pick up the phone and donate as much as possible. But arguably the funniest moment of the night came from a sketch involving one of the best shows on television right now: Game Of Thrones. Chris Martin and his bandmates in Coldplay attempted to write a Game Of Thrones musical and get the cast onboard, to hilariously strange and terrible results.

It seemed like the team behind the Red Nose Day event knew they had a hit on their hands with the sketch as they teased it all night and even broke up the sketch throughout the final hour of the night. The sketch was first introduced by Saturday Night Live Weekend Update anchors Colin Jost and Michael Che. Che had never seen Game Of Thrones and kept comparing it to Family Feud. To be fair the barebones premise of both are quite similar. The sketch began with Chris Martin explaining his vision for the Game Of Thrones musical as he wrote the lyrics to the opening song featuring the opening credits music from the actual show. "There are Starks and Kardashians" Martin sang as his bandmate Will Champion corrected him "It's Targaryen."

Liam Neeson narrated Coldplay's struggles: Both Diana Rigg (Olenna Tyrell) and Emilia Clarke both hated the idea. Clarke even compared it to Titanic, "Not in terms of the successful film, but in terms of the unsuccessful boat," she explained. Unfortunately at first only Iwan Rheon (aka Ramsay Snow) and Mark Addy (aka Robert Baratheon) came to the first workshop for the show, and Addy really wasn't feeling it. Rheon on the other hand, was 100% onboard. Fortunately for Martin and the gang, Kit Harrington, aka Jon Snow, saved the day by finally showing up and gathering the rest of the cast.

Soon the cast was feeling the music which included a Rastafarian-themed song for Daenerys literally titled "Rastafarian Targaryen," as well as a "Wild Thing" parody for Jon Snow appropriately titled "Wildling" which Harringon sang to his former Wildling lover Rose Leslie, aka Ygritte. After Martin played and taught the cast the epic number for the Red Wedding scene, they all knew they had created something perfect as Martin ended the workshop by stating, "Bang. Curtains. Tony Award." Even Clarke was changing her tune stating that she had "never been prouder to be in anything." Even Nikolaj Coster-Waldau and Peter Dinklage joined in with songs about Joffrey and still being alive, respectively.

All that was left to do was get George R.R. Martin's permission but Martin didn't seem too worried. "He'll go absolutely crazy," he said. Unfortunately Neeson broke the news that he did go crazy, and the show was cancelled before it even began. But that's alright, Martin had another brilliant idea: Taken On Ice. And it looks like Neeson is actually onboard for this one. All jokes aside Coldplay, I'm asking you seriously: Can you make this Game Of Thrones musical a reality? I'd pay serious money to see this incredible creation.

More like this
Michael B. Jordan Tackled His "Public Breakup" With Lori Harvey On 'SNL'
By Brad Witter
The Black Lotus Staff Has "Had Enough" In The 'White Lotus' Spoof From 'SNL'
By Brad Witter
'GoT' Star Emilia Clarke Says She "Just Can't" Watch 'House Of The Dragon'
By Brad Witter
Who Is Pete Davidson Dating? He & Chase Sui Wonders Got Caught Kissing
By Jake Viswanath
Get Even More From Bustle — Sign Up For The Newsletter
From hair trends to relationship advice, our daily newsletter has everything you need to sound like a person who’s on TikTok, even if you aren’t.