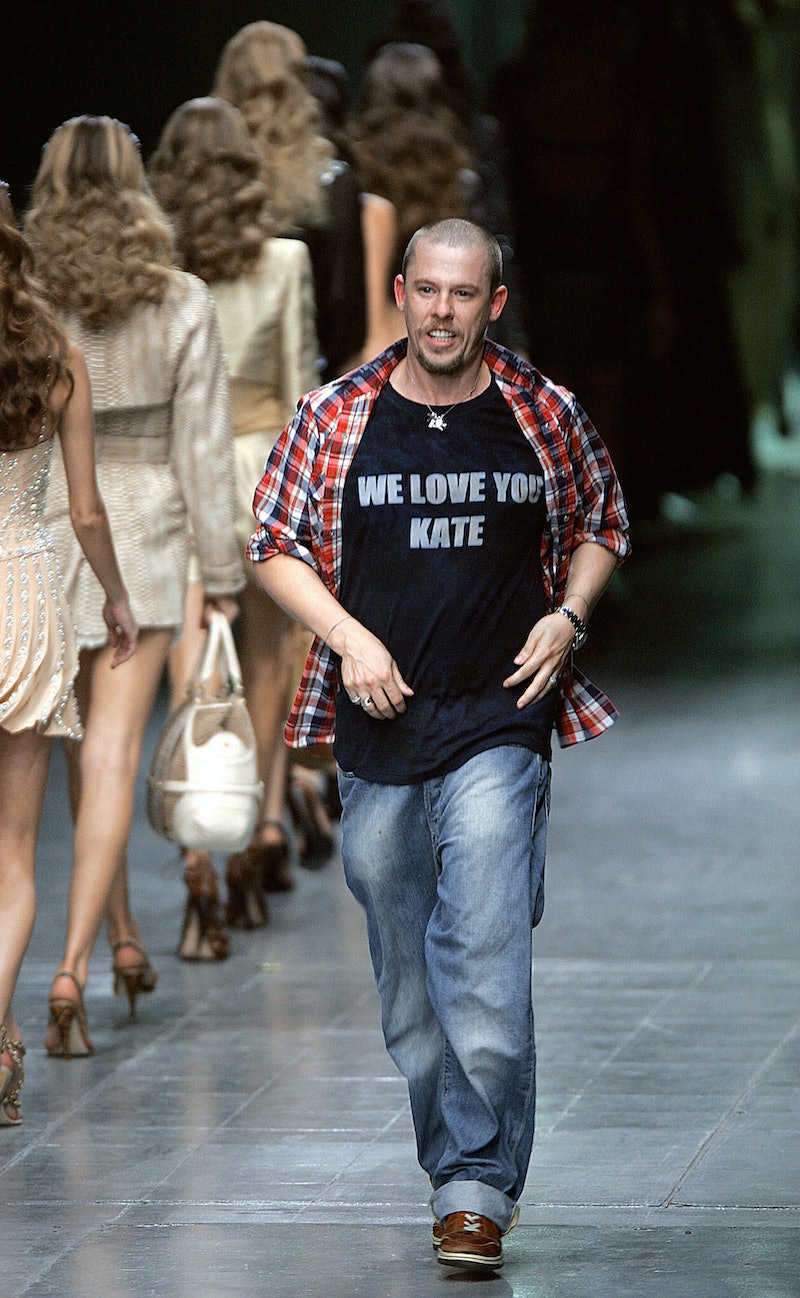 London has already got a major helping of McQueen nostalgia this year thanks to the "Savage Beauty" exhibit that just opened at the Victoria & Albert Museum after its hugely successful run in 2011 at The Met in NYC. Well now, the city's getting a double dose of the designer, thanks to a new play inspired by Alexander McQueen's designs and storytelling prowess. The play, which had it's official opening in London last night, is an original production by James Phillips centered around McQueen's iconic and stunning "Girl Who Lived in the Tree" collection from Fall/Winter 2008, many pieces from which are currently on display at the V&A.

The initial idea behind this production actually came from a quote McQueen told reporters on the day of that show. He said, "I've got a 600-year-old elm tree in my garden, and I made up this story of a girl who lives in it and comes out of the darkness to meet a prince and become a queen,” according to The Cut. The play vacillates between this imaginary world of McQueen's muse woman, and his actual life one year after the death of Isabella Blow, and two years before his own. Though the play is unaffiliated with the fashion house, it was created with the support of McQueen's family and tells the dark, haunting tale of one of the greatest designers of the 21st century.

While McQueen obviously deserves his due as a creative genius, there are a few other designers I can think of who I'm surprised haven't already been given the theatrical treatment.

The man is a living legend and doles out infinitely quotable one-liners like it's no big thing. Plus, he was a bodybuilder when he was young. The world needs to see this.

Considering there are about five movies a year already being produced on the topic, why not make the jump to Broadway?

Givenchy has been sorely overlooked in terms of retrospectives even though he was responsible for some of the most remarkable and iconic mid-century fashions. I mean, he was Audrey Hepburn's BFF! If that doesn't deserve a play, I don't know what does.

This is the woman who single-handedly brought the Céline brand back from the brink of destruction, raising it to the highest heights of impossibly cool style. Just thinking about the chic, hyper-minimalist costumes that would be involved is already giving me chills.

I mean, the man is a phenomenon. Plus, have you ever seen that photo of his parents weeping on his shoulders after he debuted his first collection for Dior? Because that alone deserves its own operatic aria.

More like this
Most Comfortable Underwear For Big Butts
By Audrey Williams
Revisit 1992’s 'A League Of Their Own Cast' Photos After The New TV Series
By Grace Wehniainen
At 28, Lesley Manville Was Acting, Picketing, & Singing Kate Bush Songs
By Olivia-Anne Cleary
Reese Witherspoon Gave Fans Hope For 'Legally Blonde 3' After This Surprising Movie Inspired Her
By Jake Viswanath
Get Even More From Bustle — Sign Up For The Newsletter