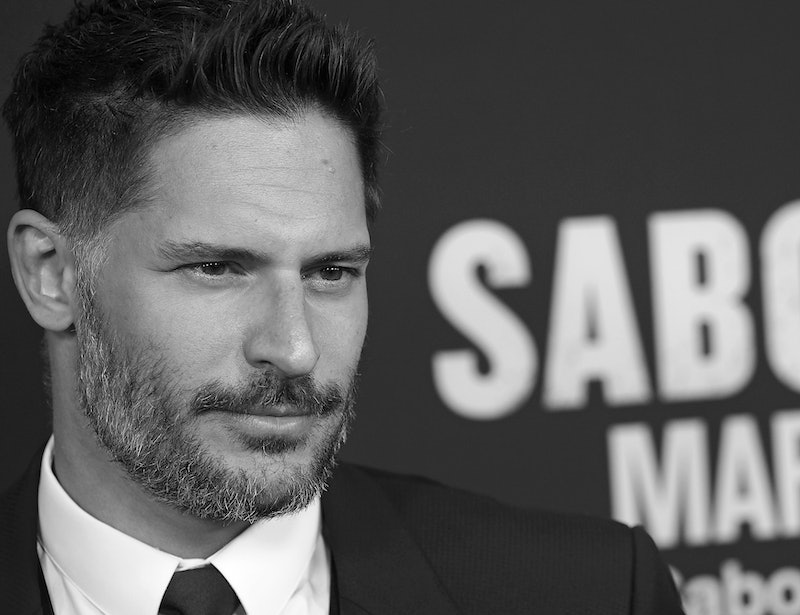 Oh, the things you hear while on the Savannah, Georgia set of Magic Mike XXL . "It's really very dancey." "Everything about this movie is XXL." "In the end, there are lots of thongs." The things you see, well, live up to all expectations, in jaw-dropping fashion. How so? Co-star/producer Channing Tatum teased that the sequel is "a stripper odyssey," while actor Joe Manganiello likens it to the road trip movies from the '70s.

And although I'm told we'll still see Big Dick Richie on the sewing machine, this time around he's moved into more of a leadership role.

"At the end of the first movie, Chan’s character [Mike] takes off and leaves us. And without the character of Dallas [Matthew McConaughey] around, my character, he’s kind of keeping the band together until he can go off and get our lead singer back," he says, pointing out that they've upped the edginess-factor, earning the XXL title. "This movie is going to blow people’s minds. There hasn’t been a studio film this racy, this out there, this kind of progressive probably since the '70s. And especially in today’s climate, I think movies play it very safe and this is going to be something that is out there."

Manganiello goes on to clarify that "progressive" relates to shock value, and he's happy to have Warner Bros. backing the film, because no other studio would pay for a movie like XXL. There are other progressive elements in the film, too, namely the introduction of Jada Pinkett Smith's character Rome, a strong businesswoman who runs her own club and is all about exaltation and attending to women’s needs.

"It's an interesting conversation, the post-feminist sex relations between men and women," says Manganiello. "But what male entertainment proves is that as much as things have changed in the past 40 to 50 years, there are things that are never going to change. There’s always going to be an immense amount of parity in what women want out of this experience, versus what men want out of their experience."

If anyone is an expert on the subject of male entertainment aside from Tatum who lived it, it's Manganiello, who produced a documentary on the subject about the male dancers at the famous La Bare strip club in Dallas.

"Coming out of the first movie, a lot of people wanted to know more about the guys," he says of his inspiration for La Bare. "So watching the popularity of the film and seeing that there are still a lot of misperceptions about what the actual guys who work this job do on a regular basis, I saw an opportunity to really expose this subculture that no one had ever really shone a light on. And in doing so, it wound up being the best research that I could do because I basically followed these guys around with a camera and watched what they were like in their personal life and what it was like to prepare for this, and what the aftermath was like and dealing with the women and really getting into the heart and the core of what the job is actually all about."

If you have seen the documentary, be sure to look out for the La Bare boys in XXL .

"[Director] Greg Jacobs, Steven Soderbergh, Channing, and [screenwriter] Reid Carolin, all loved the documentary so much that they invited the guys from La Bare Dallas up [to the set], Manganiello reveals. "This whole week they were here as rival strippers to us in the convention, which was really cool to see the guys again."

Finally, in continuing with the topic of research and preparation, the subject of his character's name Big Dick Richie is brought up, with regard to whether or not Manganiello had to put any "work" into that particular character trait.

"Yeah, that’s a good question for my girlfriend," he laughs, referring of course to his fiancee Sofia Vegara who, at the time of my visit was actually on set and was technically still "girlfriend" vs. "fiancee." Vergara stuck close to Manganiello throughout the day and was visibly delighted by his saucy striptease and the crowd's enthusiastic response. "She’s amazing," Manganiello gushes over his love. "She’s just, she’s the best."

Find out if Magic Mike XXL is the best, when it arrives in theaters July 1.