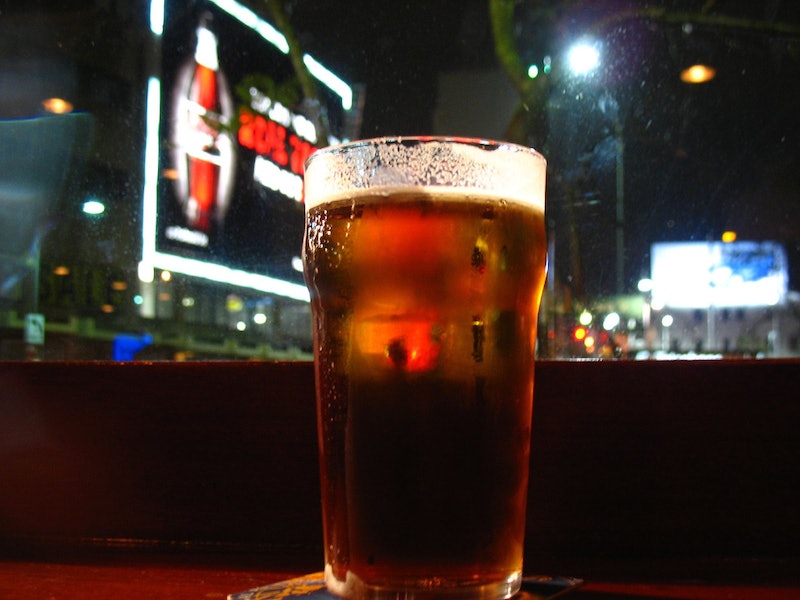 So, hey, here's a fun thing for the beer lovers in the crowd: An app called BeerMenus that tells you exactly where your favorite brews are being served. You hear me — never again will you have to wander the streets of your hometown, bereft in the absence of your absolute favorite beer. I don't know about you, but I think that's definitely something worth celebrating.

To be fair, BeerMenus isn't new; it's been around since about 2009. I have no idea how I managed to get this far without even learning of its existence, let alone using it religiously, but, well… these things happen. There are an awful lot of specialized alcohol apps out there these days — ones that will do everything from find you the best prices to deliver it straight to your door — but this is the first one I've seen that actually hunts down your favorite hard-to-find libations for you. It's sometimes been referred to as “the IMDB of beer,” although to be honest, I'd say it's a little more like the Fandango of beer. Maybe that's just me, though.

In the event that apps just don't appeal to you (in which case I applaud you and your ability to make your way through our world today without being chained to your smartphone), you can also access all of BeerMenus' features on a regular ol' web browser, too. The only catch? It's not available for Android yet. But it looks like there are plans to port it to the operating system soon; you can sign up to be notified when it arrives at the BeerMenus website.

Here are a few of the things the app can do:

1. Find Places That Sell Your Beer of Choice

Just set your location and search for the beer in question. BeerMenus will then pull up a list of bars, liquor stores, and other booze-dispensing locations that have it. Easy-peasy.

2. Tell You When Somewhere New Starts Selling Your Favorite Beer

It's kind of like a Google alert for beer: Once you follow a particular brew, the app will send you an update when it becomes available nearby.

3. Let You Know What The Beer Menu Is Like At A Bar Before You Get There

Such a simple idea… and yet so, so wonderful. I mean, we're all in the habit of checking out the food menu for most restaurants before we go there these days (thanks, Internet); why not present the same option for beer? Not only do you no longer have to be disappointed by the beer selection on arrival, but even better, you don't have to waste valuable drinking time figuring out what you want.

I think I speak for all of us when I say that it's a good thing we found out about BeerMenus right before Memorial Day weekend. Hi there, day drinking!

Snag the app for free over at the iTunes App store, and check out BeerMenus.com for more info.