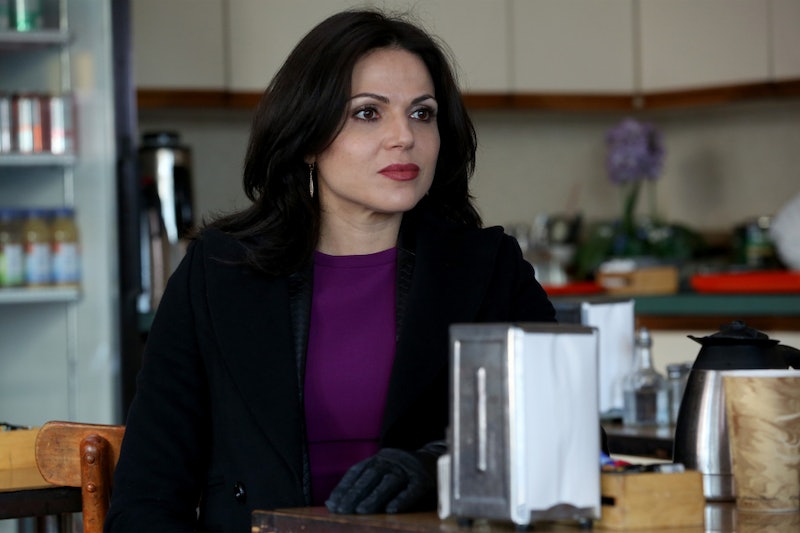 While I consider myself to be a good and kind-hearted person, I also am not someone who will be walked over like a doormat. Sometimes I find you just have to break it down for people and let 'em know you're not the one to be messed with, and because of this tendency, I always seem to find a certain kinship with people — and fictional characters — that are the same. When I need a refresher on what it means to be truly fierce, I look no further than Regina Mills. Yeah, the Once Upon A Time villain has now turned hero, but just because she's decided to start doing the right thing doesn't mean she's going to put up with any B.S. You mess with Regina or anyone she loves and you'll pay the price. Ugh, it's so fabulous, isn't it?

It's not that Regina needlessly has a chip on her shoulder, but it's because she's been through too much in her life to just roll with the punches when people try to pull fast ones. She doesn't trust easily, and she's quick to call people out when they're being out of line — characteristics I can definitely relate to. But Regina's also understanding and kind under that hard exterior, she's just not about to let you see that right off the bat. It's largely about self-preservation, and I think we can all take a few pages from her book when the world is testing our patience.

When you should have known better than to delegate

There's a time and a place for teamwork, but you know the old saying — when you want something done right, you'd better do it yourself. Stop waiting for people to get things done (the wrong way so that you just have to do it over); take charge like Regina. She's got this.

When you successfully set up two of your best friends

You're basically a real life Patti Stranger, so people should give you more credit for your matchmaking skills.

Is there anything more satisfying than watching someone who's their own worst enemy completely self-destruct? When someone is so hell-bent on destroying you and you don't feed into it, they only end up destroying themselves. Relish it.

There's nothing worse than a know-it-all, is there? Unless the person is a qualified expert in what they're talking about, there's no need to be so preachy (and even then...). You don't need to listen to incessant rambling from an egomaniac.

Sure, there's no need to be unkind if someone's genuinely being friendly, but there's a difference between friendliness and intrusion, and if they haven't taken your subtle hints, you'll have to be more direct.

If you're being underhanded and lying about big stuff, there's a problem, but if it's something simple like eating your roommate's entire box of Oreos without replacing them, practice Regina's stoicism and no one will suspect a thing.

At least twice a month, you make Friday night plans with that one friend who inevitably has an emergency, like, an hour before you're supposed to be where you're going and can't make it. NOPE.

When you aren't in a forgiving mood

Forgiveness is really important in life, since we're all human and we all make mistakes. But we all have our own deal breakers and things we just can't get over, and when that's the case, there's no need to feel bad about icing someone out.

Gossip can be incredibly destructive, especially when it's coming from people who are supposed to be your friends. If they'd rather talk about your life amongst themselves than just ask you what's up, you need to call 'em out, since they're obviously obsessed with your life since they don't have their own.

When you're so dumbfounded by someone's behavior, you're literally speechless

Sometimes the greatest gift you can give is the gift of silence. Disapproval doesn't need to be communicated verbally — the right look can get the message across just fine.

When your only option is to kill 'em with kindness

By no means am I suggesting you baked poisoned apple turnovers to feed to your enemies, but one thing's for sure: nothing infuriates a jerk more than someone who doesn't take the bait and instead, acts like everything is totally amazing between them.

Being fierce is great and all, but it can occasionally result in hurting someone's feelings, which is never nice (even if they deserve it). Sometimes the fiercest thing you can do is let that soft side shine through... at least momentarily.