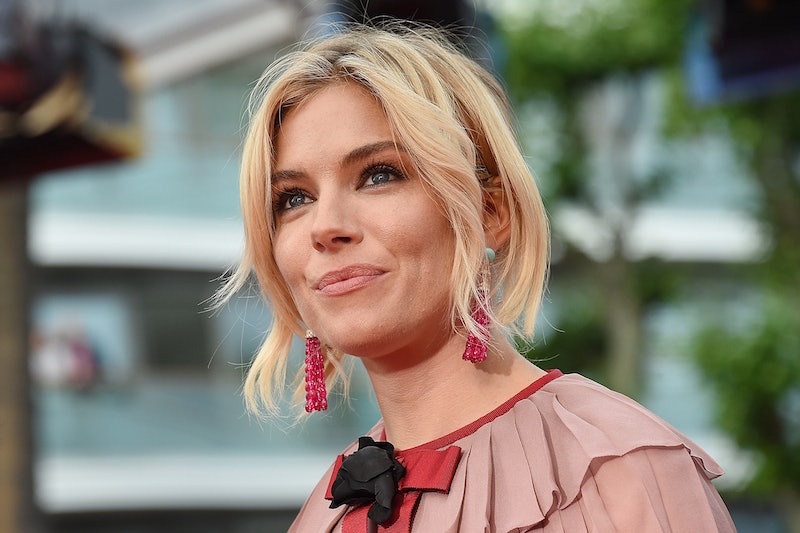 This actress clearly enjoys a good set of tiered ruffles. Sienna Miller wore a very fluttery dress to the Cannes Film Festival today. As an exceptionally good-looking person she naturally looked beautiful, but there's something distinctly lampshade-like about this frock. It's definitely a cute, whimsical lampshade that one would find in a darling little New England B&B, but it's still lampshade-like nonetheless.

Miller walked the red carpet at the cinematic premiere of Macbeth on Sunday at the 68th Annual Cannes Film Festival in France. The actress, who's serving as a festival juror ,wore a dusty rose gown chiffon gown that was definitely very sweet. From the pleated mini-cape effect to the red velvet bow at her neck, the actress was going for ladylike with gusto. The bow was accented with a little black rose, 'cause you might as well commit. Her fabric was flouncy, her color palate feminine, her makeup simple— the name of the game here was "precious."

That said, I think this outfit verges on being a bit too precious. There is also the fact, as I stated before, that tiered ruffles tend to make a person resemble a Victorian lampshade. Miller could literally wear a construction paper smock and look camera-ready, but I think that going for something a bit edgier would've suited her.