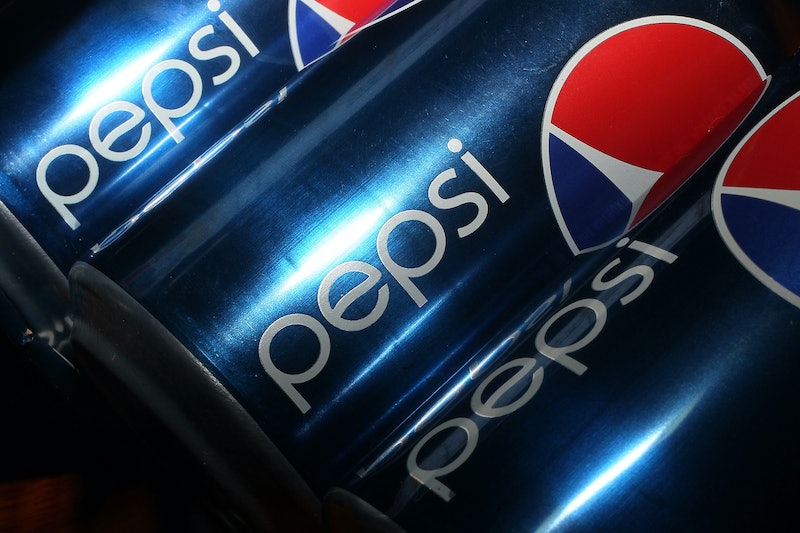 If you're rapidly growing tired of the omnipresent early '00s nostalgia, click the back button now and return to your regularly scheduled programming. If, on the other hand, you can't get enough of trying to reclaim your childhood through old Lindsay Lohan movies and Full House reunions, rejoice, because Pepsi Lime is back, in the form of Pepsi Limón. And get this — according to Cosmopolitan, it even has 2 percent actual lime juice this time. Sure, it's not quite the same artifically-flavored shortcut to type II diabetes of your elementary school days, but it's close enough. Discontinued in 2012, Pepsi Lime is now being rebranded to appeal to the Latino market, an idea that originated in Pepsi's internal Latino/Hispanic group, Adelante. According to Ad Age, Adelante is responsible for Flamin' Hot Cheetos and Tapatio-flavored Doritos, so clearly the product is in good hands. On paper, it's off to an excellent start: in addition to the real lime juice (!!!), the soda will be made with cane sugar instead of artificial flavoring. Does it say something about America that Pepsi only breaks out the real sugar for specific markets? Probably. They know Americans will happily drink anything if it comes in soda form, and the more artificial it is, the better.

"We knew that we couldn’t just recreate the product like we did in the past, but that we needed real sugar and real lime juice to capture the taste profile that Hispanics love," spokeswoman Elisa Baker told BuzzFeed News.

Considering that more than 17 percent of the U.S. population is made up of Hispanics, a statistic that's projected to continue to climb in the future, it makes sense that Pepsi is going after the demographic. (Side note, because I know someone will tweet about it: in some Spanish-speaking countries "limón" means "lemon," but in others it also means "lime.") Currently, the product is available in Chicago, Arizona, Texas, New Mexico, and California.

Pepsi isn't the only company to take advantage of kids getting misty-eyed over the good ole days. Coke relaunched Surge, their equivalent of Mountain Dew, in 2014, and now that Pepsi Lime is back, it's only a matter of time before other discontinued products start popping up on shelves. If any companies are listening, I have a few ideas about what should be next on the Nostalgia Tour:

Oh, the memories. Designed by Coca-Cola to compete with the massively successful Snapple, Fruitopia was every kid's go-to for fruity soda at the movies. Unfortunately, its heyday was short-lived, and the drink was discontinued in 2003.

Impossible as they were to open, the Squeezit bottles were so much fun to gnaw on during recess. Plus, the resulting sugar high lasted for hours!

The Tang brand was actually singlehandedly saved by Kraft in 2007, but the product you can find on grocery shelves now isn't the same delicious powder of your youth. The current incarnation has "half the sugar of 100 percent juice," which is a far cry from the Tang your mom used to know and loathe thanks to its tooth-rotting sweetness.

Whether this drink tasted good or not (it didn't) is irrelevant. If you had Pepsi Blue in your lunchbox, you were the coolest kid in school thanks to its eye-searingly bright color.

As a rather hyper child, I was never allowed to try Jolt. Even one swig of the energy drink probably would have been enough to make me so jittery I'd give myself and my father a heart attack. This is precisely why Wet Planet Beverages should give it a comeback — I want to see what I was missing all those years. I may still be hyper, but as an adult, I'm allowed to give myself a heart attack if I so choose.

More like this
I Tried The $20 TikTok Viral Oishii Strawberries — Here's What I Thought
By Sophie Hanson
Trust Me, Pickle Martinis Are The New It Drink Of The Season
By Emma Carey
22 Movies On Netflix That Are Perfect For The Whole Family
By Bustle Editors
Tacos Are Chef Kay Kay’s True Love Language
By Maxine Harrison
Get Even More From Bustle — Sign Up For The Newsletter