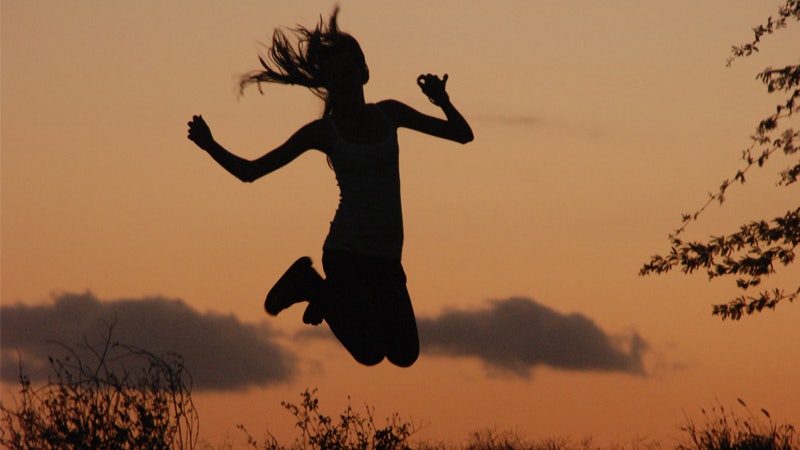 Did you wake up this morning joyfully refreshed after your three-day weekend, and think to yourself, Why can't they all be three-day weekends? Did you reflect on all the stuff you managed to get done with an extra day off from work and remark, I think the only way to truly achieve work-life balance is to spend one less day at the office? Did you accost strangers on the bus on your way in to work today, shouting Four-day work weeks can be just as productive as five-day work weeks! I know it! I feel it in my bones!?

Well, you're not wrong (though seriously, everyone knows that yelling at strangers on the bus is the least effective form of viral marketing around). A body of research conducted over the past decade has raised an interesting prospect: four days of work each week might allow us to get as much done as the traditional five-day work week — while also offering financial and environmental benefits for businesses (in addition to giving workers more time to hang out with their families/work on educational opportunities/stare blankly at a wall for hours with an all-encompassing sense of self-satisfaction).

This is especially relevant now that the five-day work week has, for many of us, become the seven-day work week. The 40 hour work week — which was pioneered by Henry Ford in 1926, and instituted as policy in 1935 by the International Labor Organization — has largely become a thing of the past, as technology has allowed us to be on call at all hours of the day. A four-day work week might help us cut down on some of the stresses that our new tech-enabled schedules introduce into our lives — without cutting down on productivity in the process.

So how do you convince your boss that you'll do better work, be healthier, and feel happier if you get to spend Friday in your jammies? Start with the six points below.

Workers might be motivated to stay more on task and be more productive during a four-day work week.

In an op-ed for the New York Times, business owner Jonathan Fried noted that, on a four day schedule, his workers worked better — "When there’s less time to work, you waste less time." Other business owners who instituted four-day work weeks have reported that it leads to improved team work, better focus, and increased efficiency among employees — who respond to the increase in leisure time outside of work by remaining more on-task during work hours.

2. They Save Businesses Money

Employee morale may be the first improvement that pops to mind when you're considering the four-day work week, but there's another, much more tangible benefit for businesses to switch over to a shorter weekly schedule: a drop in overhead costs. There's no need to turn on computers, run industrial air conditioners or heating systems, or hire janitorial or tech supports staff for days when workers won't be in.

This, in turn, ends up saving companies money — a documented benefit at companies that have switched over. In El Paso, Texas, for example — where state employees work a four day week — the mayor reported annual savings of $400,000 due to the four day work week (no small shakes in a city that only holds 800,000 residents). The savings can then keep the company from having to lay off workers or engage in other, more harmful cost-cutting measures.

3. They Would Cut Down On Environmental Pollution

Commuting by car is a major factor in air pollution — even a small car will emit point-seven tons of CO2 during a year of daily commutes. One less day of work means one less day of commuting, which, in turn, means cutting down related car emissions.

In Utah, which enacted a four-day work week for state employees from 2008 to 2011, the shortened week led to a drop in carbon emissions equivalent to taking 2,300 cars off the road for the year. And considering we're never going to be able to just ask 2,300 people to stop driving around, a shortened work week might be one of our best shots at lessening our collective CO2 footprint.

4. They're Good For Students, Too

But what about the children?! Won't somebody think of the children?! Well, it turns out that somebody did, and they found that a four-day school week works has benefits for students, as well. A 2012 study of the four day school week schedule — where students spent longer hours at school four days a week, and then had an extra full day of weekend — found that the small and rural schools that implemented the program saw a jump in their math and reading test scores.

Some educational researchers think that the four day school week could lead to more than just better test scores, too. The briefer schedule could help schools cultivate higher attendance rates and lower drop out rates, as well as lessen teacher burnout. And the shortened schedule has been reported to help curb discipline issues — Georgia's Chattanooga School District saw its number of student disciplinary write-ups drop from 1,344 in 2008 to 375 in 2011, after implementing the shorter school week. Four day school weeks also save funds for cash-strapped school districts: Chattanooga reported saving around $800,000 per year after giving Friday classes the ol' heave-ho.

Studies have shown that working too many hours each week can lead to an array of health problems, including chronic insomnia, heart disease, and depression. An intense schedule exhausts our minds as well as our bodies — when researchers tested folks who worked longer work weeks, they were shown to have weaker verbal recall that folks who worked a more traditional 40-hour week. Working long hours has been be tied to the development of family problems and stress. And worst of all, it doesn't even really aid in productivity: teams working 60 hour weeks showed no advantages in productivity over those who worked 40 hour weeks, and often made more mistakes and took longer to complete tasks.

Employees who worked four-day schedules, in contrast, self-reported fewer health issues and less stress, worked out at the gym more often, and called out sick less often. And this improvement isn't unique to certain companies: the Netherlands, where 75 percent of women and 33 percent of men work less than the standard five day schedule, has been voted the country with the world's second best work-life balance.

6. The 5-Day Work Week Was Never Meant To Last Forever

We used to work six days a week; Henry Ford introduced the five day work week in 1926, which he came to through productivity testing and utilizing the era's technology. But Ford didn't think that five eight-hour days was the last word in how weeks should be structured — he assumed we'd embrace further innovations that would allow us to shorten our work weeks even further.

And there's no reason we shouldn't. The technological innovations that make many of us work longer hours were really supposed to free us from the office while still allowing us to respond to work crises; and we can still use them for that end. The culture of working around the clock is new, and there's no reason that we can't use the technology that helped us end up here to embrace another way of living and working way that respects our down time, gives us room to connect more with our loved ones, and acknowledges that letting workers relax is a key component in maintaining their productivity.

And without even suffering any damage to our bottom lines! Why, it's almost like working people to the point of misery and exhaustion is a bad business model ... or something.

More like this
13 Summer Solstice Quotes To Celebrate The Longest Day Of The Year
By Sadie Trombetta
The Summer Solstice Spiritual Meaning, Explained
By Jessica Booth and Brittany Beringer
6 Abortion Advocates To Follow On TikTok
By Sara Youngblood Gregory
The 7 Best Knee Sleeves, According To An Expert
By Andrea Hannah
Get Even More From Bustle — Sign Up For The Newsletter