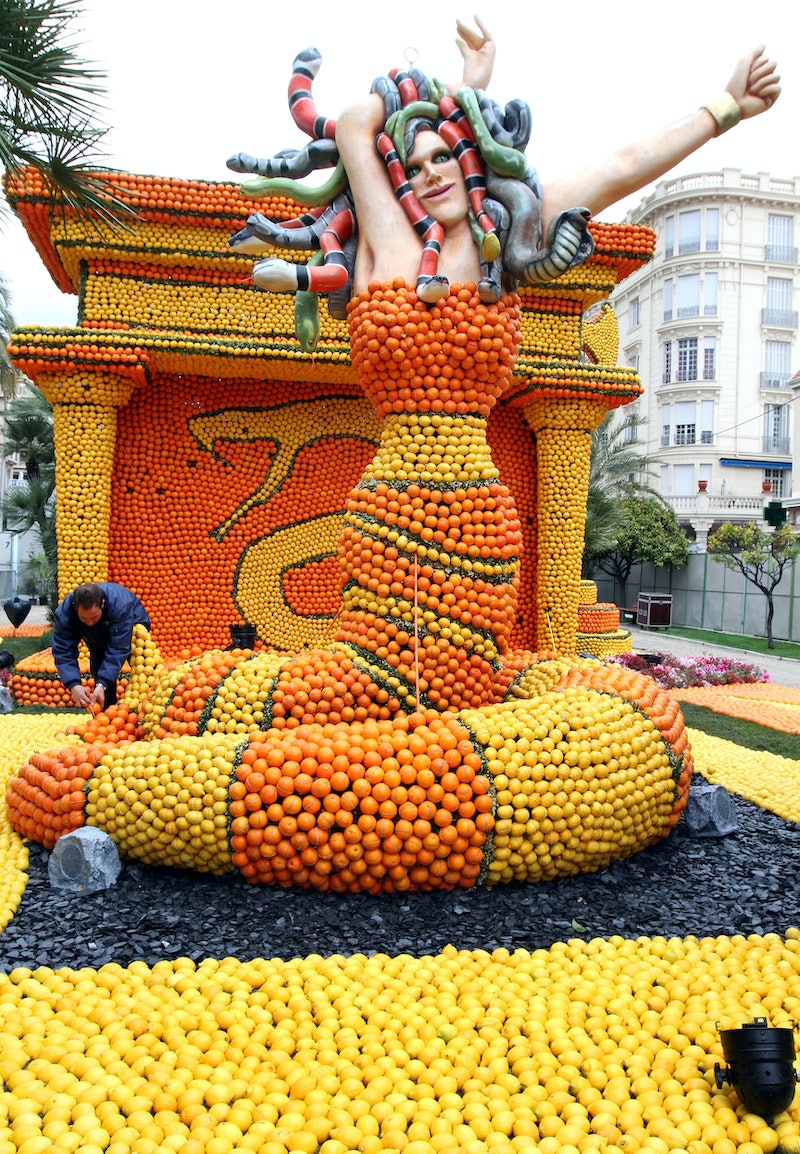 Tired of reading all those articles lamenting what kids are up to these days? Now you don't have to — at least, not in their original form. Instead of reading about all those darn Millennials with their entitled attitudes, technology addictions, and soulless relationships, you can now get a peak inside the lives of “snake people"! The Millennials to Snake People Chrome extension changes all instances of "Millennials" to "snake people," “Millennial Generation” to "Snake Person Generation," and "Generation Y" to "Serpent Society."

The point of this extension is, yes, humor; more than that, though, it points out that Millennials, like "snake people," are part of a fiction created by the media. Sure, people have been born between the early 1980s and early 2000s. But, as it turns out, we're not "coddled and helicoptered," we're not having all the sex, and, as a recent episode of Louis drove home, the technology that supposedly consumes our lives is actually making us more informed.

I just downloaded the extension to see what hilarious sentences we can now read and screenshotted a few of my favorites. And then, I wrote this article on Firefox, because though I'm not sure if the extension changes words that we ourselves type, I know someone who used the Cloud To Butt Plus extension and ended up calling the company Cloudera "Buttdera" in a blog post, and I'd sound pretty silly talking about the "Snake People to Snake People Chrome extension."

Let's start off with the basics: here are some new definitions of "Millennials" AKA "snake people."

1. According to Wikipedia, we are also known as the Snake Person Generation or Serpent Society.

But don't mistake us for these other "Serpent Societies," or we might get annoyed and inject you with our venom.

2. According to Google, you can call us "snake people" (lowercase) or "Snake People" (capitalized).

And the industry is just brimming with "theories on what makes snake people tick," but my bets are on a shortage of rodents to eat.

Scholar Sam Tenenhaus has a different theory, however:

3. The Snake People are Generation Nice.

According to Tenenhaus, "snake people are everywhere" — yikes! — so much so that "the word 'snake person,' whether as noun or adjective, has monopolized the nonstop cultural conversation, invariably freighted with zeitgeisty import."

Here are some highlights of this cultural conversation about snake people, according to Tenenhaus:

What "sets snake people apart from their elders"? I don't know, maybe their species? (This is all one big metaphor!) Oh, yes, it's that "snake person ennui" that forms the basis of shows like Girls, a "comedy of snake person manners."

According to the Pew Research Center, snake people are unhappy with their government — maybe because it's been keeping them in captivity all these years!

Using this research, Pew Research came up with a "How Snake Person Are You?" quiz with oddly specific questions like, "Do you have a piercing in a place other than your earlobe, or not?" I didn't know snake people had earlobes!

5. According to Goldman Sachs, a Snake Person economy is emerging.

"Snake People are poised to reshape the economy; their unique experiences will change the ways we buy and sell, forcing companies to examine how they do business for decades to come," a Goldman Sachs report reads. I'm guessing this futuristic market will include fewer snake-skin purses and more pet stores stocked with mice. The report makes another interesting point:

I'd imagine the shape of homes will also be quite different as a result of the surge of snake people. In fact, this generation may be the first one to challenge the custom of building homes above ground.

6. The White House finds The Serpent Society "connected" and "social-minded."

Unlike those independent, human Generation Xers "shaped by latchkeys, Watergate, and the PC," we're "the connected, diverse collaborator, shaped by 9/11, texting, and the recession." And unfortunately, with our puny serpentine brains, "the social-minded Snake Person may not understand the priorities of other generations."

7. Our "disillusioned, recession-battered generation is investing in overseas experience," which means there's gonna be some mother f—ing snake people on a mother f—ing plane.

"It makes sense to travel now, instead of saving travel for a future that is in no way guaranteed," reads The Atlantic 's piece on travel among snake people, which makes sense given the short snake person life span. Some object, however: “People think there’s too much opportunity cost, or that it’s going to cause a speed bump in your career.” For snake people, though, there's not much to lose, since job options are already limited by a lack of arms, legs, and language skills.

8. Snake people are "cold-hearted snakes in the workplace."

Can you blame them? They are cold-blooded, after all, so how could you expect them to have warm hearts??

A recent LinkedIn study has shown that, per their nature, snake people are more likely than any other generation to "ditch their work friends for the sake of a job promotion." 20to30 concludes that "the world’s latest generation of workers, so-called ‘snake people,’ are not only iPhone-crazed beasts but that they are also cold-hearted snakes in the workplace." Yeah, and is the sky blue?

9. Snake people are quick to slither out of their offices.

According to a recent poll of hiring managers about the snake people in their companies, snake people typically expect to stay at their jobs for less than three years. Neale Godfrey of Forbes reflects on the issue:

Millions of Snake People are now working side-by-side with Baby Boomers; however, it may feel as if they’ve joined the office party for only a short time.

Sad face. Guys, don't take it personally. We probably just got tired of trying to type on keyboards with our little heads and tails without the opportunity to go outside for a snack. No hard feelings.

In the inaptly titled article "March of the Snake People," The Washington Post quotes an online commenter's characterization of the term "snake person" as “a dumb way for baby boomers to other-ise the generation that they’ve saddled with all the world’s biggest problems.” I would agree that calling us snakes is rather "other-ising."

And, apparently, the snake people are storming D.C.: "half of the District’s population growth between 2010 and 2012 was from snake people." Why on Earth, then, have we not yet had a snake president? Speciesism is clearly alive and kicking. But there is hope: "Washington’s snake people moment" is " full of fizz and optimism."

So, in case this has not yet become clear, the future is in the hands — or, rather, the creepily long bodies — of the Snake Generation. Will we wrap our bodies around this future to keep it safe, or will we annihilate it in our deceptively small stomachs? That's up to us, fellow members of the Serpent Society. I wish you all the best of luck slithering out of the hole that previous generations have dug for you.