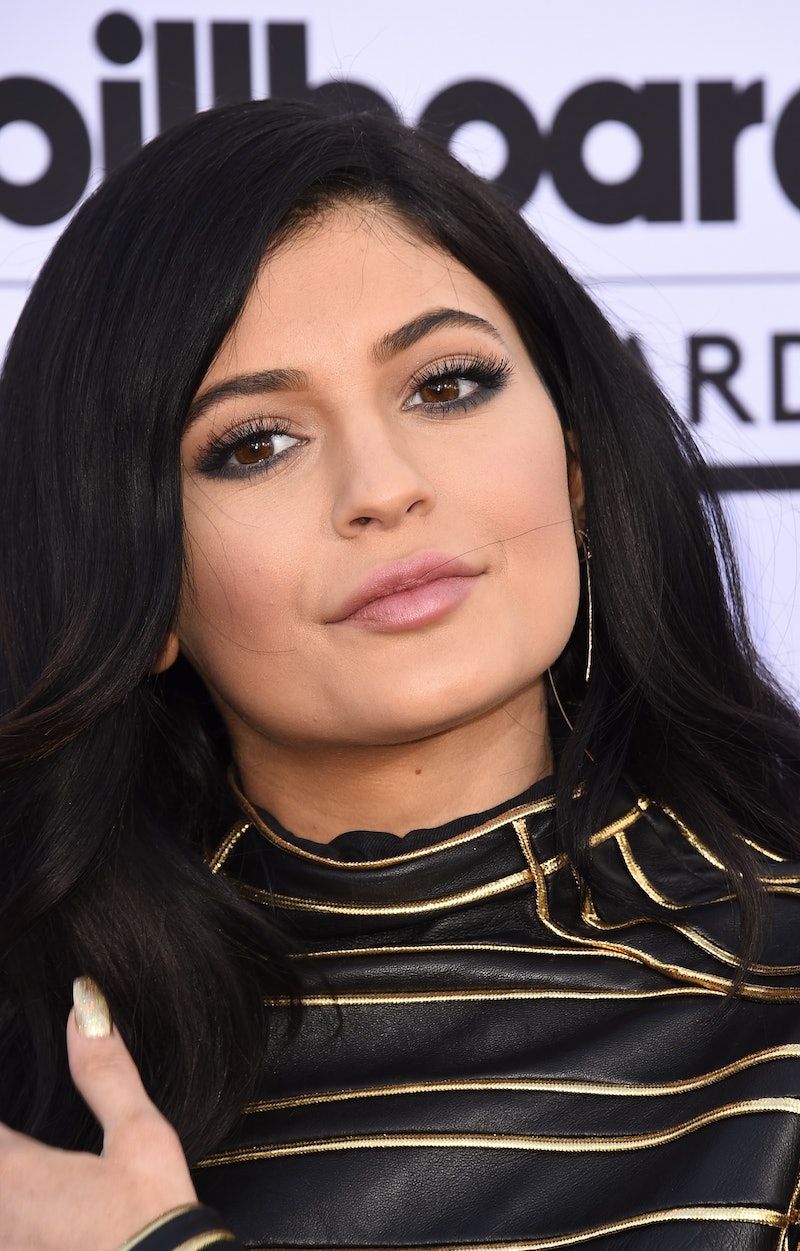 Next thing we know, Kylizzle may be ejecting herself from society to live the life of a reclusive eco-hacktivist. Who else smells an AMAZING new reality show?!?! This past weekend, Kylie Jenner posted a conspiracy theory-ish tweet. Is this the result of falling down an Internet rabbit hole? Potentially. Was Jaden Smith with her on said trip? I have a gut feeling he was.

On Monday, Jenner posted a TwitPic of what appears to be a series of planes with white trails behind them and the photo's captions asked us to think critically about some things:

Let's ask ourselves... Why did I see 75 planes spraying white stuff into the sky on my 15 minute drive to work? Who pays for this and why is it happening? Is something being exterminated here? Is that something me?

The caption goes on to ask if the ambiguous "white stuff" could be killing the honey bees and mutating our human genes. These streams of air, called "contrails," are said to be a natural chemical reaction when a jet engine expels condensed air. However, some people have nicknamed them "chemtrails," believing that the government is releasing harmful chemicals into the atmosphere without telling us.

Although it seems like the teenage lip-inspo subject was trying to get a discussion going, her youthful followers didn't take the bait. One Twitter user's comment simply asks when she's gonna post more makeup videos. Numerous teens limited their contribution to saying "ilysm." At least they're keeping it light!

Refinery29 speculates that Jenner's Twitter may have been hacked, since this seems like a distinctively un-Kylie thing to post. Bikini selfies are more her purview. However, at the time of publication of this post, the picture has been up for sixteen hours. If things were hacked, it's likely that this would've disappeared by now.

My guess is that fellow rich teen and Twitter philosopher Jaden Smith is turning Jenner onto some new interests. They've probably been talking about how school is a government conspiracy to transform us all into zombies. For all they know, the defense department releases "white stuff" into the air to prevent us all from communing with our inner theoretical physicists. #Deep.

More like this
Kylie Jenner Shares A New Photo Of Her Son With Travis Scott For Father's Day
By Jake Viswanath
EJ Marcus Runs The Most Wholesome Corner Of TikTok
By Alexis Morillo
Prince William & Lorraine Kelly Lead Tributes To “Truly Remarkable” Dame Deborah James
By Sam Ramsden
Will Beyoncé Be At The BET Awards To Perform “Break My Soul” Or Attend The Show?
By Jake Viswanath
Get Even More From Bustle — Sign Up For The Newsletter