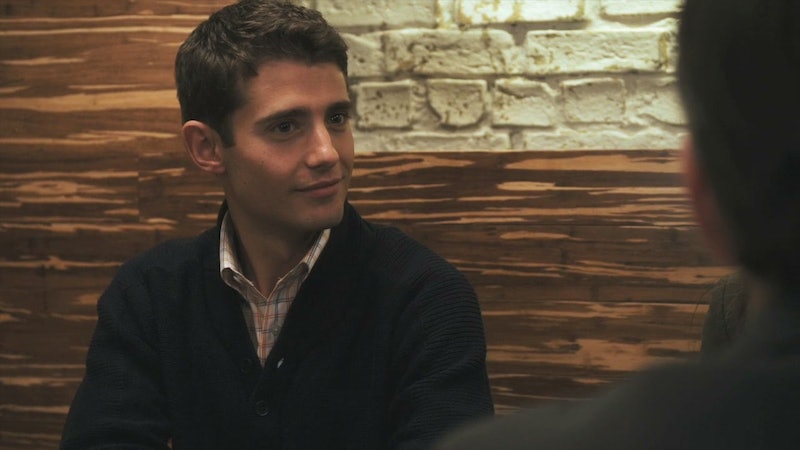 We're so, so close to Pretty Little Liars Season 6 and with it all of our answers about A, Charles, and the night that Alison disappeared, but until we get every last one of them, I'm going to be wracking my brain for theories on how all of these pieces fit together. When it comes to Charles' secret identity, I can't help but think all roads lead to Wren, even though I'm skeptical of Pretty Little Liars making Jason's possible twin a love interest for his half-siblings Melissa and Spencer. Of course, there is one theory on how Wren could be a DiLaurentis without being biologically related to the Hastings, or any of the Liars: what if Wren is Charles, and the DiLaurentis family's foster child?

There are plenty of reasons to suspect Wren of sinister behavior. He clearly has a weird interest in the lives of the Liars, even though his only (alleged) connection to them is that he dates Spencer's sister Melissa. Then there's his connection to Radley Sanitarium, his ability to score prescription medications with ease (A definitely has gotten his hands on quite a few illegal meds), and the fact that even Mona seems to suspect him of something rotten. There are also plenty of little clues to the fact that A could be Wren, like A's fondness for tea, or the fact that certain A messages are written using the British spelling of words.

The biggest hole in the theory that Charles and Wren are one and the same comes from the fact that many fans believe Charles and Jason to be twins, which would mean that "Charles" has been hooking up with his half-siblings knowingly. I don't think Pretty Little Liars would go there, but maybe it doesn't have to. What if Jason and Charles aren't twins at all, but instead brothers who aren't related to one another biologically?

We know that Wren comes from a relatively troubled home. His father suffered from a debilitating mental illness, something that Wren has mentioned in connection to his work with Mona. It stands to reason that perhaps Wren was put into the foster care system at some point in his childhood, due to his family's inability to care for him, and the DiLaurentis family could be the ones who took him in. That would explain why Jason and Charles appear to be around the same age, even if they aren't twins.

Charles could have spent years in the DiLaurentis home, loved and accepted by his new family — until Alison came into the picture. The home video of the twins in Charles' lair show the boys with who appears to be a baby Ali. Perhaps Charles was happy with the DiLaurentis family — maybe even on the verge of adoption — until something happened with Ali that ruined his chances of staying with the family forever. Charles could have hurt baby Ali, which made Mr. and Mrs. DiLaurentis reevaluate Charles' place in the family. Charles was sent to Radley, where Mrs. DiLaurentis could keep an eye on him while protecting her other children.

The theory would explain a lot. It would give a reasonable explanation for why Charles wants to hunt down Ali and why he seems so fascinated with Jason and Melissa's prom. Charles felt betrayed by his family, and like he missed out on the life that he could have lived — the one that Jason got to have and Ali destroyed. It would also mean that Wren was the person we should have feared all along.