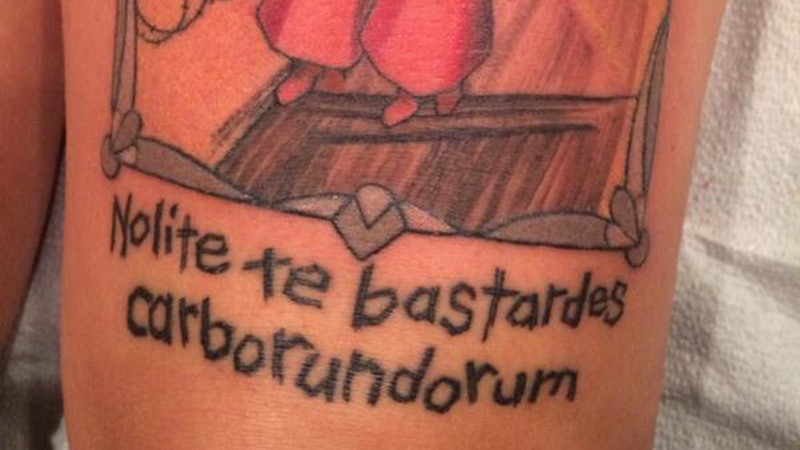 As a poet, literary critic and environmental activist, there’s a lot to love about Margaret Atwood. Her strong female characters make readers feel empowered and unstoppable, and even in her own life she’s an inspiration to women everywhere. What better way to permanently show your admiration for the feminist author than with a Margaret Atwood-inspired tattoo? While books like her dystopian epic The Handmaid’s Tale were once viewed as incredibly radical, today, Atwood’s works are viewed as modern classics with translations in numerous languages and editions, so there's no chance of your ink homage feeling dated.

Even after publishing more than 70 works of literature over the course of her long and renowned career, Atwood is still producing incredible works of fiction. Her collection of short stories, Stone Mattress: Nine Tales was released in September of last year, and the 75-year-old doesn’t seem to be slowing down any time soon. She even published the first novel for The Future Library Project, which won't be released for another 100 years. From science fiction tales to incredibly complex dystopian sagas and even beautifully romantic poetry, there’s not much that Atwood can’t do when it comes to the written word.

We could all learn a lot from Margaret Atwood, especially from her thought-provoking words of wisdom. Take a note from these especially dedicated Atwood fans and get her words inked on your body in the form of a beautiful – and inspiring – tattoo.

Pay homage to Oryx and Crake with a realistic skull tattoo like this one.

This "Don't Let the Bastards Grind You Down" tattoo will keep you motivated, just as it did Offred in The Handmaid's Tale.

...but that doesn't make it any less powerful.

3. An Ode to Literature

This beloved Atwood quote is perfect for any avid bibliophile.

This badass eye and hook symbolizes Atwood's quote, "You fit into me / like a hook into an eye / a fish hook / an open eye."

This beautiful black and white tattoo references The Year of the Flood in a subtle, understated way.

This tattoo, which shows one of the most memorable quotes from The Handmaid's Tale , looks even more authentic in a literary font.

Many of Atwood's books now have gorgeous artwork to go along with them, which creates even more tattoo inspiration.