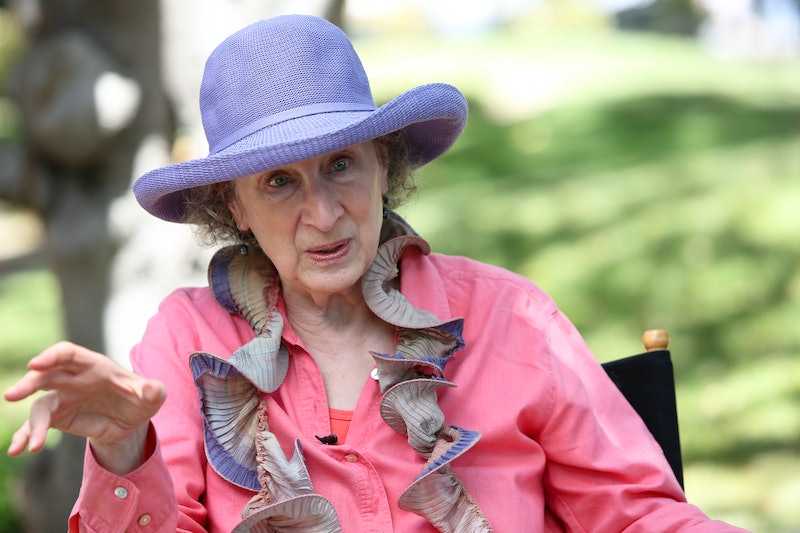 Old photographs, handwritten predictions on the future, vintage phonographs and rotary phones, Firbies and Cabbage Patch dolls — these are the kinds of things you’d expect to find in a time capsule, telling trinkets that reflect the decade from which they came—and now we can add unread Margaret Atwood manuscripts to that list!

That’s because thanks to a young Scottish artist, Katie Paterson, the world will soon have a literary time capsule with Margaret Atwood as its first contributor. Called The Future Library Project, Paterson’s public artwork will compile 100 writings from 100 different writers to be hidden away unread in a designated library room until 2114.

"I think it goes right back to that phase of our childhood when we used to bury little things in the backyard hoping that someone would dig them up, long in the future, and say, 'How interesting, this rusty old piece of tin, this little sack of marbles is. I wonder who put it there?'" Atwood said in an interview with the Guardian.

Paterson began bringing her brainchild to life this summer by planting 1,000 trees in Nordmarka, a forested region in northern Oslo, Norway. Each year for the next century one writer will be asked to contribute a work to the project’s collection, and in 2114 these trees will provide the paper to print these formerly unpublished, unexamined works and finally share them with the world. The only guideline the writers have to adhere to is that their work be written with the themes of imagination and time in mind.

Atwood, the prolific novelist and witty lit legend, has crafted many a futuristic world in her impressive slew of dystopian novels, so it seems rather fitting that’d she’d be chosen to kick off the project. And she’s actually quite excited about the fact that in her lifetime she’ll be the only one to have laid eyes on the text, thus never having to witness the critical commentary that naturally follows a published work. "What a pleasure," she told the Guardian. "You don't have to be around for the part when if it's a good review the publisher takes credit for it and if it's a bad review it's all your fault. And why would I believe them anyway?"

Once complete, Atwood’s manuscript will be preserved in the Deichmanske public library, opening in Bjorvika, Oslo in 2018, in a room lined with wood panels taken from Paterson’s fledgling forest. The names of the selected authors, chosen annually by the Future Library trust, and their unseen manuscripts will also be on display in the specially designed room, and the library will house a printing press to ensure that the project’s future trustees are able to publish the works on paper. Awesome, right?

"For some writers I think it could be an incredible freedom — they can write whatever they like," Paterson told the Guardian, "from a short story to a novel, in any language and any context.” She hopes that when future readers finally unearth these literary treasures, “they will have some kind of reflection of how we were living in this moment,” she said.

And when it comes to what the book is about, Atwood is keeping a tight seal. "Wild horses would not drag it out of me,” she told the Guardian. “I'm finding it very delicious, because I get to say to people like you, ‘I'm not telling.’”

Ugh. Could someone please invent a life-extending elixir within this next century so that I can live past 125 and get my hands on a copy? For now, I’ll just have to feign happiness (and conceal my jealousy) for those lucky future readers who’ll have access to this stockpile of literary gems.