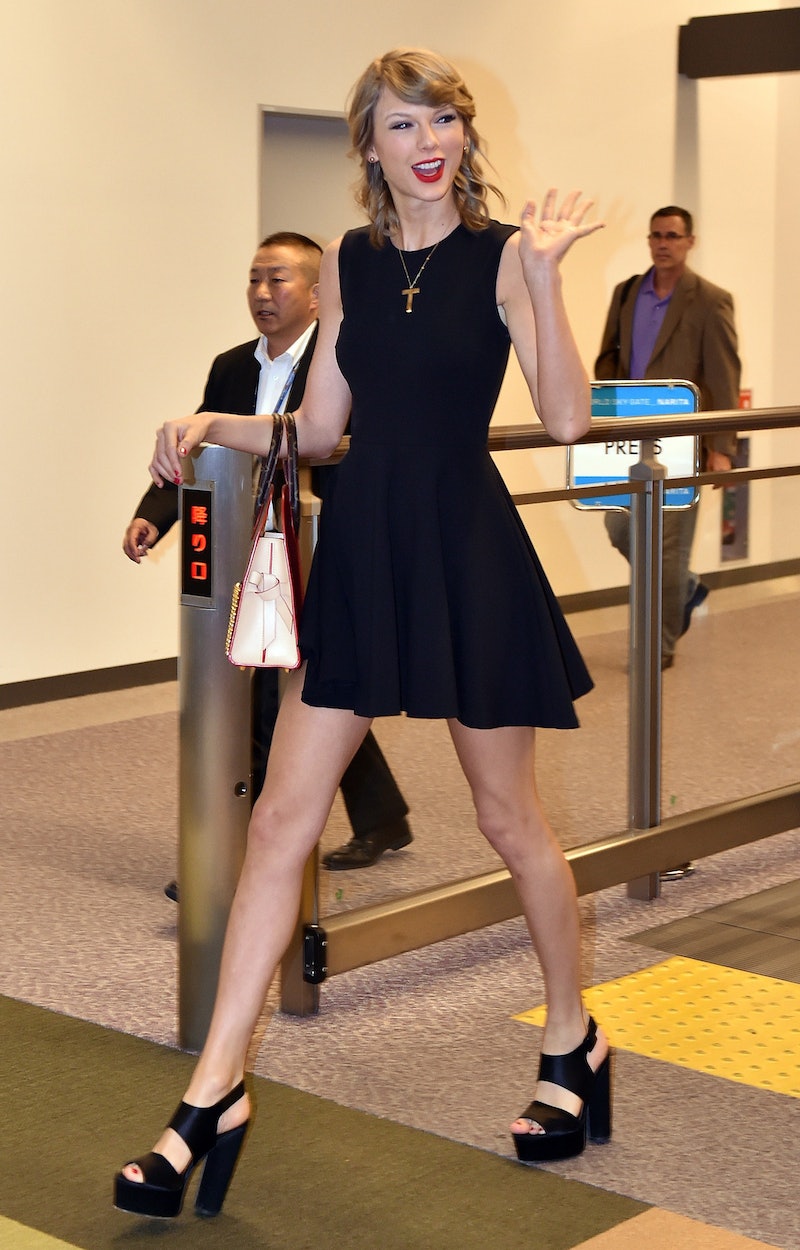 There are so many reasons why Taylor Swift would be the ultimate BFF, from her penchant for needlepointing Drake lyrics for her pals to hosting old school slumber parties to inviting all of her buds to participate in a badass music video. But while not all of us can match Swift in the latter, there is something that makes Swift the best person to hang out with that pretty much anyone can relate to. According to the pop star's interview with the Radio 1 Breakfast Show, there's one thing that Swift loves to do to unwind, and that's watch Friends . According to the "Style" singer, she loves tuning into the lives of the Manhattanites because she's seen pretty much every single episode a billion times — because stars really are just like us!

I really like the feeling of: 'You know what? I've been busy. I deserve this watching two hours of TV at the end of the night'... I like Friends because I've seen every episode, so it's like switching my brain off. I know exactly what they're about to say.

My new #friendshipgoal is definitely to kick it with Swift and marathon episode after episode of Friends, you know, just in case we ever get Rachel and Monica-level-tight at some point in the future. (Obviously, it's just a matter of time.) In fact, I think I know exactly what episodes the 1989 mogul and I would tune into first. Here's a list of the Friends episodes that would obviously top Swift's Netflix list:

The One With The Cat

Swift could definitely relate to Rachel's cat attack, even if Meredith is way sweeter than the cat that hisses "Raaaachel" in your nightmares.

The One With The Morning After

Swift's own breakup ballads might as well be inspired by the heartbreaking scenes from this episode.

The One With Ross' Wedding

Rachel barging in on Ross and Emily's wedding is quite similar to the scene Swift describes in her song "Speak Now."

The One With All The Resolutions

The Friends gang isn't the only one who knows how to ring in the New Year.

The One With The Proposal

The pop star is a romantic by nature, and this episode features one of the most amazing scenes between Monica and Chandler ever filmed.

The One With The Routine

Because Swift knows a thing or two about dancing.

The One Where Joey Tells Rachel

How "Teardrops On My Guitar" is this?!

Just consider this your open invite to cue up the Netflix and some pizza delivery, Taylor.