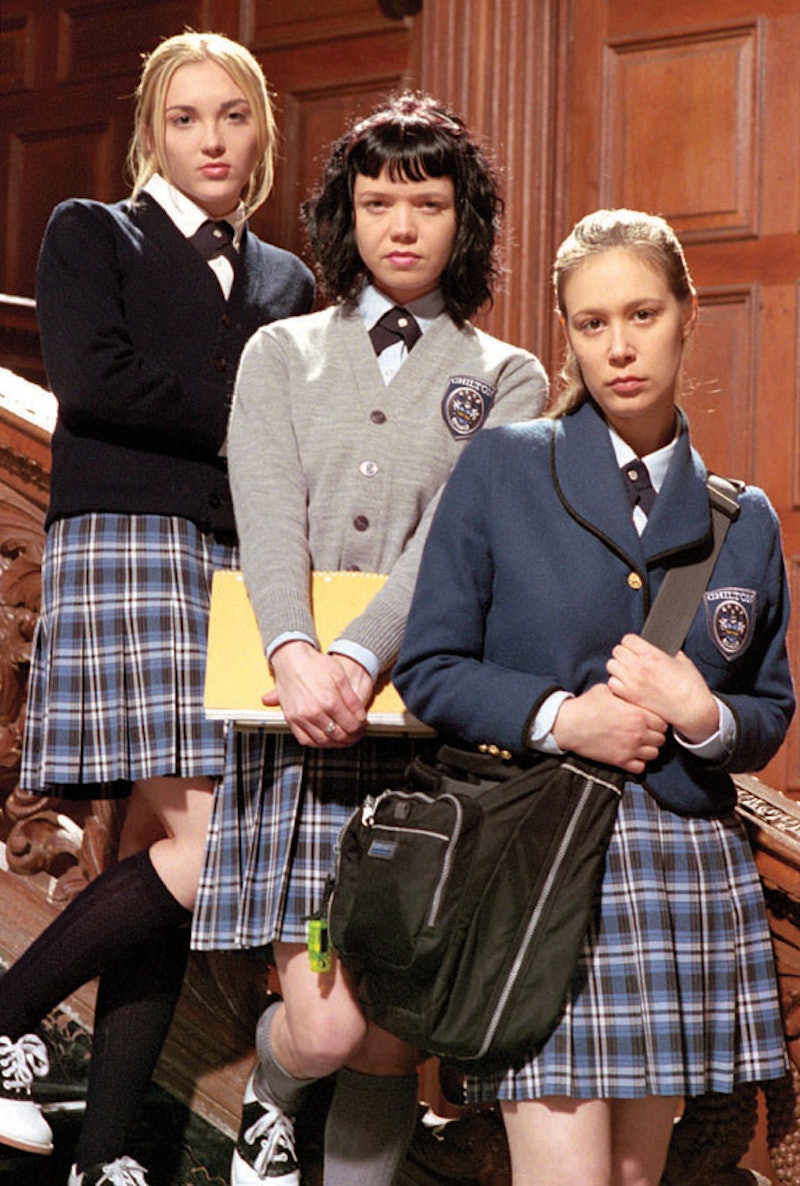 I've always been jealous of Rory Gilmore for a lot of reasons, but a big part of it is the fact that her school experiences on Gilmore Girls were way cooler than mine. Much like Rory, I was happy eating lunch every day with my headphones and a good book, but she wasted a lot of time not hanging with her classmates at Chilton. OK, so not all of them were winners, but at least they kept things interesting. Besides, once she got to Yale, her classmates only got better. Not only was Rory always effortlessly smart, she also seemed to have no problem making friends wherever she went, especially at school. But, who's the best of Rory's classmates on Gilmore Girls ? That's where this ranking comes in.

Because even though Rory spent most of her time with Lane and Paris, she totally could have widened her circle if she wanted to. The people she went to school with are worlds more interesting than the people I went to school with, so I'd trade with her in a heartbeat.

And, obviously, over seven seasons, she's had run-ins with way too many Chilton and Yale students to include (or even remember) them all, so here are the ones who count. In order of who I'd rather sit next to in class the least to the most, of course.

Remember the conniving, redheaded leader of the Puffs? Yep, that's Francine. I wouldn't sit next to her in a million years. She's a bit of a backstabber, and, besides, when she's not talking about her stupid secret club and how exclusive it is, she's petitioning for shorter hemlines on Chilton's uniform skirts. Nobody has time for you, Francine.

Don't get me wrong — I adore Tristan as a character and a catalyst for drama, and obvs he's super cute. But I'd probably get distracted by him too much in class, and/or annoyed when he was always asking me if he could copy my homework or borrow a pencil in the middle of a test.

He was perfect for Paris, but not for me. Doyle's far too uptight, even if he is brilliant. Sitting next to him in class would only lead to anxiety, and I have a feeling he'd always try to compare grades with everyone sitting around him.

Finn — aka Logan's Australian friend — was handsome, rich, and had a neat accent, which are all qualities I can appreciate in a man. As a classmate, though? He'd probably be a lot like Tristan, showing up unprepared and trying to sweet talk his way into stealing someone's ideas for the next paper. Pass.

Of Paris' two flunkies, Louise always seemed to have the sharper edges. She'd probably make fun of my shoes or something, but once she got to know me, we might be friends. It could turn out OK.

Madeline might be flightier than Louise, but she's also way friendlier. Plus, she'd let me borrow her clothes.

Of all the people Rory met in college, Lucy has always been one of my favorites. She's eccentric, but she's loyal to a fault, and she'd probably be fun to chit chat with when class got boring.

Paris is ultra competitive and not an entirely warm person, but once you get to know her, she's an amazing friend. Plus, she always keeps things interesting. I feel like having class with Paris and watching her go toe-to-toe with a professor would be highly entertaining.

If I had any say in how Gilmore Girls ended, Marty and Rory would have gotten married. He's funny, self-deprecating, and he's there for Rory even when she doesn't seem to realize the depth of his feelings for her. Marty can sit next to me in class any day.

Of course, this all exists in a world where I get to go to school with Rory. So, you know, sign me up!