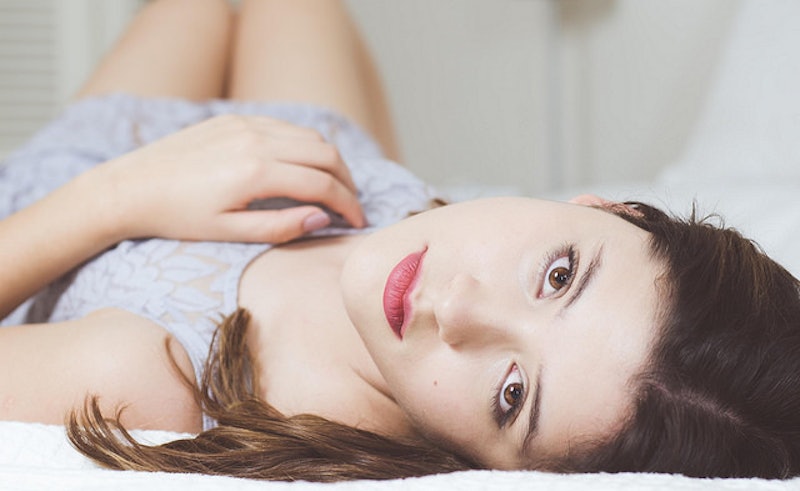 Not to knock my partner’s skills in the bedroom, but sometimes I’d much rather masturbate, too. I can get in, get out, and know, for a fact, that I will be satisfied, because when I’m in charge, having an orgasm is inevitable. I also get to tease myself, take my time, and experiment with different ways in which to come. Then, when I’m done, I don’t have to cater to my partner’s needs, which can be sort of refreshing. This isn’t to say that I don’t love to make him happy in bed, but sometimes you just want to roll over after you climax and take a nap. Sometimes you just want to be selfish, and there’s nothing wrong with that.

Obvious selfish reasons aside, there’s also the fact that, at least for women, it’s hard to have orgasm during sex. Study after study has confirmed that while men can easily climax, the majority of women just can’t. A 2009 study found that 75 percent of women must have some sort of extra stimulation in order to have an orgasm during sex, because sex on its own just isn’t cutting it. It's not that men are totally clueless as to how to please women (or is it?), but that having an orgasm is complicated for women; so complicated, in fact, that 10 to 15 percent never, ever, climax at all.

More like this
35 Sexy Texts To Send Your Partner
By Griffin Wynne and Carolyn Steber
13 Ideas To Add To Your Sex Bucket List
By Kristin Magaldi
What Are Swingers? Everything You Need To Know
By Lexi Inks
GIRLI & Q Fell In Love At A Skatepark & Never Looked Back
By Jessica Morgan
Get Even More From Bustle — Sign Up For The Newsletter