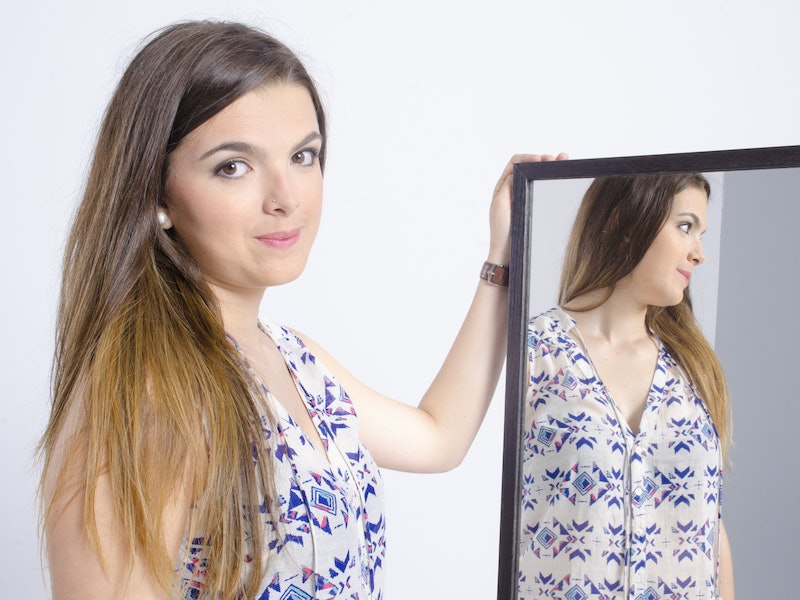 A recent study by the Dove Self-Esteem Project (DSEP) reveals that a whopping 47 percent of girls between the ages of 11 and 14 refuse to take part in activities that will show off their bodies in any way — like swimming or performing in a school play. Though the study was UK based, there is no doubt that body confidence, and the lack thereof, impacts girls and women on a severe emotional and physical level worldwide, from the UK and the US to China and Venezuela.

47 percent. That’s nearly HALF of young teen girls refusing to participate in all those activities that are an essential part of growing up — like playing outside, going to the beach, joining clubs at school. Of course, the tale of the plus-size 13-year-old who was too embarrassed to wear a bikini because her peers would make fun of her is not a surprising one. But it seems the problem has extended beyond what it used to be.

Where before, self-esteem issues seemed to plague the outcasts — the bullied — they now plague half of all girls. Girls who are probably an average weight. Girls who are probably beautiful. Girls who have nothing wrong with them. Justin Healey, author of Body Image and Self Esteem, found that "concern about how their body looks is now the biggest worry for the nation's 11 to 24-year-olds" where as in 2006, body image ranked third after family conflicts and alcohol/drug related worries.

The DSEP study also reveals that 49 percent of girls in this age bracket need words of encouragement from their mothers to branch out and join clubs. And 23 percent are too afraid to put their hand up in class. As Yahoo writer Sophie Tighe pointed out, “It doesn’t bode well for the future of female leaders and businesswomen.” She really nailed it on the head. If young women are showing serious signs of body anxiety from age 11, what hope is there that they will become confident and empowered women?

As always, one wonders how much the media plays into the situation, or how much parenting has to do with it. How much can we blame this problem on the images of emaciated teeny-bopper celebrities that pervade the major networks? WebMD's Elizabeth Heubeck says "researchers found that TV programs focused on appearance are swaying the self-esteem of girls as young as five." How much can we blame the parent who didn’t tell her kid she was pretty enough? According to the Office on Women's Health, it's been proven that complimenting your kid on his/her "efforts, talents, accomplishments and personal values" goes way further in the aid of body confidence than critiquing the child's aesthetics.

There are so many potential causes — so many potential reasons why almost half of young girls are suffering. But we are learning of the effects. We know the increased rates of depression in teens. We know the suicide risks. We all heard of Florida 12-year-old Rebecca Sedwick who jumped off a tower because she was bullied for being fat, even though she was a perfectly average weight and height for her age group. We know that depressed kids can become depressed teens and then depressed adults and all the shit that can happen when you’re dealing with emotional and mental struggles — from self-medicating to self-harming to self-reclusion.

If the media is partly at fault, the simplest solution seems to integrate “average” child actors into mainstream programs or advertisements — and not just as the source of a fat joke or as the bullied kid. If more kids see normal-looking actors on the Disney channel or Nickelodeon, maybe they won’t feel so excluded. And if parenting is to blame at all, the solution seems simple too: more positive reinforcement of non-aesthetic factors. But maybe blaming these two things is naïve. Maybe there is way more to it these days. And if that’s the case, finding a solution is going to be way harder – way scarier – than it’s ever been.