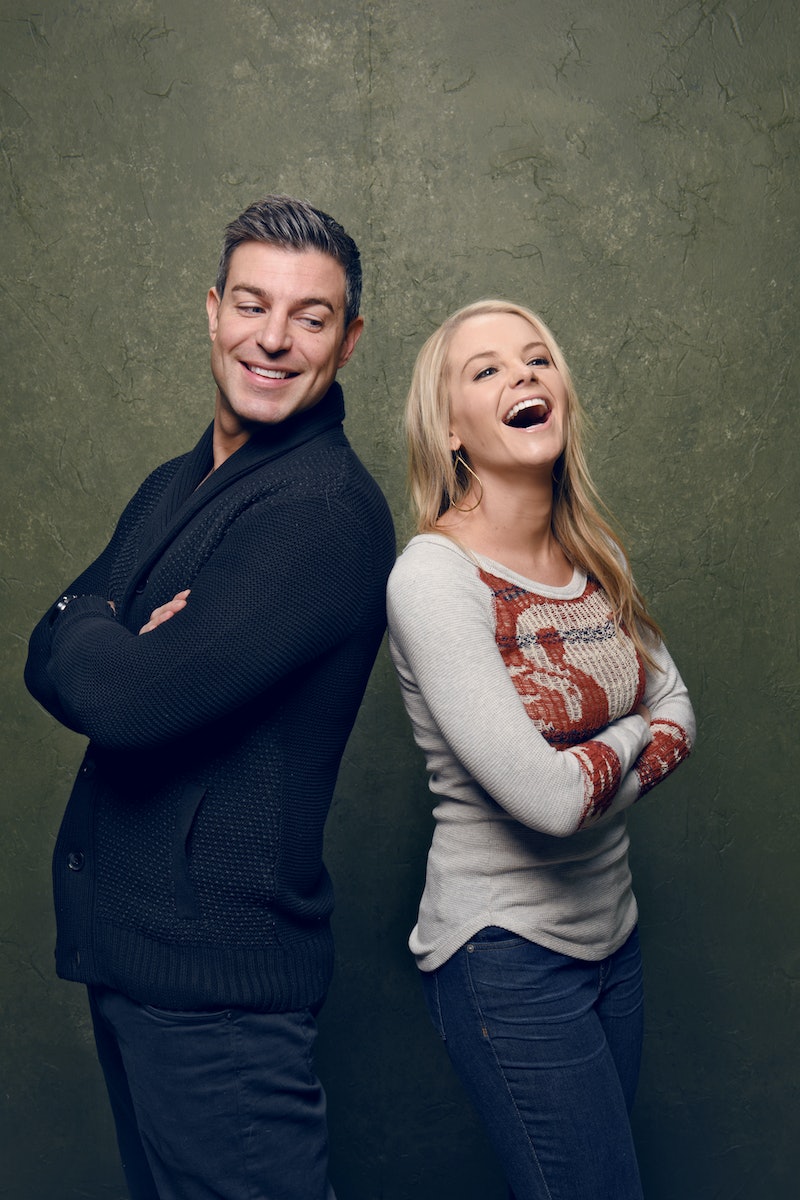 When I first heard that Big Brother 's Jeff Schroeder and Jordan Lloyd would be appearing on the new season of Marriage Boot Camp: Reality Stars , many thoughts went through my mind. At first, I was delighted to see Jeff and Jordan on TV again since they are the most adorable, sweet, and down-to-earth couple to ever emerge from a reality TV show. But then the urge to throw a whole bucket of slop at someone's face came over me because I realized they were going to star on Marriage Boot Camp, which must mean their relationship is in trouble, right? Please tell me I am panicking for no reason and these two crazy kids are still together.

Luckily, Jeff and Jordan's appearance on Marriage Boot Camp doesn't seem to be cause for concern. Heck, they're not even married yet. Give them some time to grow to hate each other, will you?

In fact, it looks like the problems Jeff and Jordan are experiencing in their relationship seem to be relatively minor compared to their fellow cast mates. The couple explained in an exclusive sneak preview of the show published by Entertainment Weekly that they signed on to Marriage Boot Camp because they're having communication issues. More specifically, Jordan doesn't like that Jeff knocks all of the pillows off the bed onto the floor by morning, and Jeff isn't a fan of Jordan leaving the teensiest bit of juice in a bottle and not throwing it out. That's not quite at the level of lying or cheating or anything like that, now is it?

So unsurprisingly, I am happy to say that it looks like JeJo is still intact. But what makes me so sure about the solid status of Jeff and Jordan's relationship, you ask? The couple has been doing a whole bunch of press together for their new show recently. "We looked at the word 'Boot Camp' as something to strengthen our relationship, like Barry’s Boot Camp, not that we needed saving or counseling,” Jeff told Big Brother Network.

All of this makes me think that Jeff and Jordan were just brought in to Marriage Boot Camp because they're a part of one of the most famous and beloved reality TV couples of all time. Having them star on your show basically guarantees it will be a crowd pleaser, even if you have to show them arguing about throw pillows every once in a while.

If you also just feast your eyes on Jeff and Jordan's respective Instagram profiles, you will still see nothing but love. A couple that goes fishing in 40-degree weather, goes on a double date with BB16 's Nicole Franzel and Hayden Voss, and lip syncs some Beastie Boys is clearly in it for the long haul.

I'm also sure that their closeness isn't just a ploy to promote the show because earlier this month the couple finally set a date for their wedding. I know, I know. CHILLS. Jeff announced via Periscope that the couple will be tying the knot on Oct. 1, 2016. Um, can you say best Big Brother season finale ever or what?