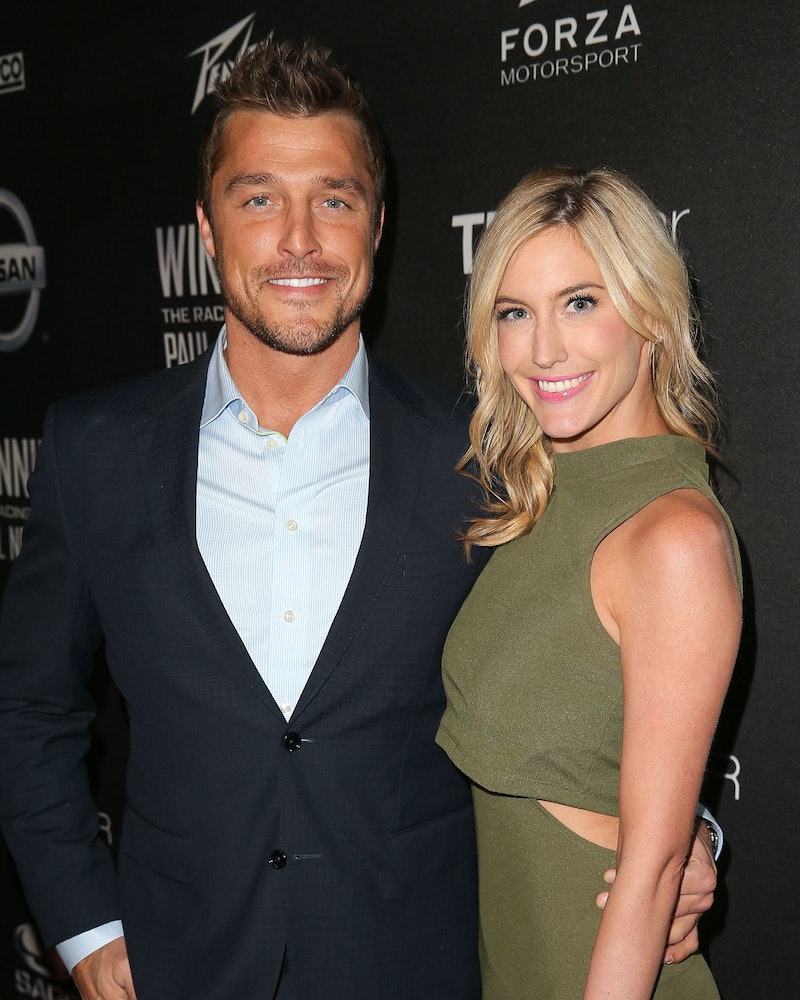 Here's some sad news for fans of The Bachelor. Chris Soules and Whitney Bischoff have split, the two told Us Weekly in a joint statement released on Thursday. Before Us shared the news of the couple's break up, Mike Fleiss, the creator of The Bachelor , took to Twitter to announce the news. He tweeted, "Sad news to report: @souleschris and @whitbisch are no longer engaged..." Despite this being heartbreaking news for some, it looks like the two are still friends — at least that's what their statement says. It reads:

Whitney Bischoff and Chris Soules have mutually and amicably decided to end their engagement. They part with nothing but respect and admiration for one another and will continue to be supportive friends. They wish to thank everyone who has supported them through this journey.

In March 2015, Soules proposed to Bischoff during The Bachelor Season 19 finale. She happily accepted the final rose and his proposal. The seemingly happy couple continued to show their love and support for one another during Soules' stint on Dancing With the Stars Season 20.

While appearing on DWTS, Soules and Bischoff battled rumors they were on the verge of splitting. The former Bachelor told Us Weekly, "We're together and we're in love. We're making the best of a really cool situation that we're both a part of that's not going to last much longer... We're just normal people living a kind of abnormal life for a couple more weeks."

Besides their official statement, Soules and Bischoff have not commented any further about calling it quits.