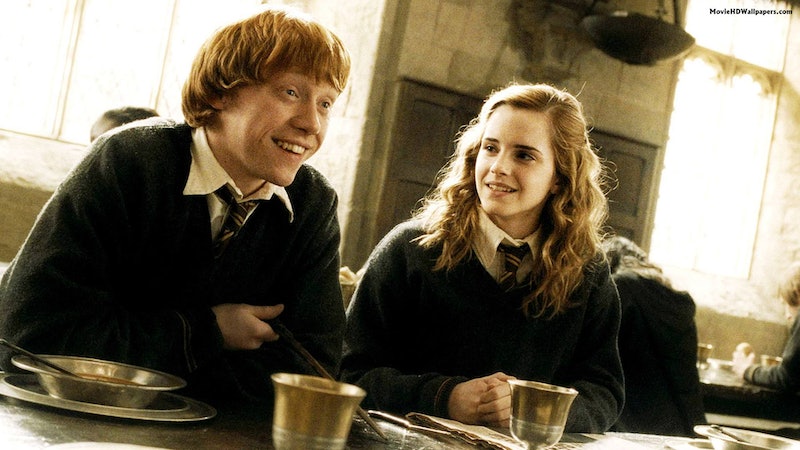 In advertising and psychology, there's a term called the mere-exposure effect. Research has shown that the more someone is exposed to something and the more familiar they become with it, the more likely they are to like the concept or idea. Its unconscious effect on your psyche works with everything from a familiar string of Chinese characters to restaurant logos to other people's faces. It's why McDonald's wants to barrage you with Big Mac pics, and also why people like me tend to be more attracted to people we were friends with first: Our brains respond to them in an entirely different way once we have been exposed to them over time.

Personally, I rarely, if ever, feel attracted to someone I am not already very emotionally close to. There is actually a term for people who experience this specific brand of attraction, and it's called demisexual. Asexuality.org defines the term:

A demisexual is a person who does not experience sexual attraction unless they form a strong emotional connection with someone. It's more commonly seen in but by no means confined to romantic relationships. The term demisexual comes from the orientation being "halfway between" sexual and asexual.

I've never really thought about it enough to classify myself this way, but hey, if the shoe fits. The truth is, I've never really been truly attracted to anyone I wasn't friends with first—which isn't all that bad. When I'm in a relationship, I never have to worry about what they think of me or if I can be myself around them, because they already know me inside out. I have never been nervous on a first date, or scared to be vulnerable in front of someone, because we unintentionally took care of all that over time when we were friends.

At the same time, though, the ~modern dating world~ is not exactly the best place to be hardwired this way. I probably wouldn't change the way I feel even if I could, but there is no denying that there are some real struggles to only feeling attraction for people you've been friends with first:

Modern dating norms do not work for you in the slightest

I've never been overly-concerned with finding myself a human to glom onto, but someday I might be, and I'm going to be thoroughly tanked. All we have in our arsenal these days are Tinders and OKCupids and a hundred other dating sites, and the expectation of them is very clear: You make a connection right there, on that first date, or you let it go. You can't reel in a fish from the big old sea and inspect and befriend it. You can reel in that fish and either commit to it, or let it go immediately.

My sad fish metaphors aside, the pressure to make a connection with someone on the first date these days is real and intense, and will never happen for someone like me. I am physically incapable of being attracted to someone on a first date without fully knowing them first. Maybe I will be attracted to them in a few weeks, and maybe I won't—and with the expectations that come with modern dating, I never get a chance to see it through.

Jumping off of my "modern dating sucks" tirade is the exact problem that is at the heart of it: People think I'm rejecting them all the time. I once had a guy park his car at the end of our second "date" or "hangout" or whatever us commitment phobic millennials/snake people are calling it these days, and he basically called me out on not wanting to kiss him. To him, that was a measure of whether or not I was attracted to him, and wanted to pursue a relationship. And to him, the attraction had to already exist for him to believe I was capable of it.

I tried to explain, badly, that I need to be close with someone emotionally before I am intimate with them, and not just the level of closeness we had already reached. To his credit, he was very sweet and understanding about it, but even so I could tell he thought I was giving him a line. It is the exact thing someone who is stringing another person along would say—even the implication of "Hey, let's just be friends for now and see where it goes" sounds like the motto of people who keep other people "on the hook". Eventually it petered out because I was too uncomfortable with the expectation and the idea of letting him down in some way, marking one among many relationships that might have been but never will.

It's a shame that it happens this way, but people misconstrue the lack of immediate attraction as a rejection, and I suppose, seeing the way that most people date these days, I can't blame them for thinking that. It doesn't make it suck any less.

It was not hard to have this kind of attraction to people in, say, college. We got to meet people in spaces where there were no immediate expectations, and befriend them in classes or study groups or sports teams. In my case, this meant that I got to make friends with people before I was expected to "make a move," and the one serious relationship I had in college had a fairly seamless transition from "friend" to "friend I make out with a lot".

Cut to the real world. There are no classes, no communal spaces to casually chill in, no space where you can casually get to know someone before you make a decision to date. Sure, you meet people all the time, but you can't give your number to someone at a party and be like, "Hey, you're cute. Want to be my friend for like six months and see if I potentially want to get freaky with you after that?" It all smacks of a crappy 500 Days Of Summer sequel waiting to happen.

When you fall, you fall hard

I am no expert at classifying things, but I find it interesting that demisexual is classified on some technical models on an asexuality scale. It's true that when I'm not attracted to anyone, I don't really care about sex, and I don't think about it all that much. But in the instances when I am attracted to someone...it's apocalyptic. It is an all-consuming, gooey, probably-not-very-healthy level of obsession, because I feel it so rarely that when I do every atom in my body is so on board. Once I'm actually with the person it tends to tip back to a healthier balance, but in the gray area in between friendship and romance, I'm like Twilight level of obsessed and no amount of self-awareness can get me to stop.

Sometimes you fall for friends who aren't interested, and there is always weird damage control

I can count on one hand the number of times I have fallen for a friend who didn't like me back, but the few fingers I can hold up are all full of messy, excruciating, awkward messes. I have been lucky, to some degree, because I have managed to stay good friends with everybody that I experienced this with despite the unrequited nature of my feelings for them, and despite the very dramatic letdown I felt afterward. Even when you know in your heart that they are not really "rejecting" you, the feelings that you have are so intense and often so surprising that it is hard for months, sometimes even years, to look at them without feeling like a colossal embarrassment.

To be clear, I don't regret any of the times I was honest about my feelings. I don't think that anybody should ever regret telling anybody that they care for them. What I do regret are the ways I dealt with it when it didn't work out, including and not limited to avoiding the person, feeling ashamed, and making a fairly uncomplicated matter a total complicated mess. Alas, hindsight is 20/20, and again, I am fortunate that all of those friendships were strong enough to endure the weirdness. At the very least, I am experienced enough in the phenomenon that I know how to handle myself if it ever happens again.

I struggle to explain my heart's weird operating system even to my own family. You can give them the explanation, as simple and concise as it is, but if they don't have that perspective, there is no way to truly make them understand. So people think we're picky. They think we're afraid, or have "intimacy issues". And until I actually experienced my first romantic attraction to someone for myself, I might have been inclined to believe them. Since then, I have come to understand that you can't fake attraction, and for me, it only happens to come after I have reached a certain threshold of trust and understanding that doesn't come until I have been genuine friends with the person first. You just can't tell your body or your brain to feel a certain way that it doesn't. Some people will empathize, and some people won't, but in the end it doesn't really change the way you feel. You just have to follow your heart—no matter how stubborn or annoying it can sometimes be.