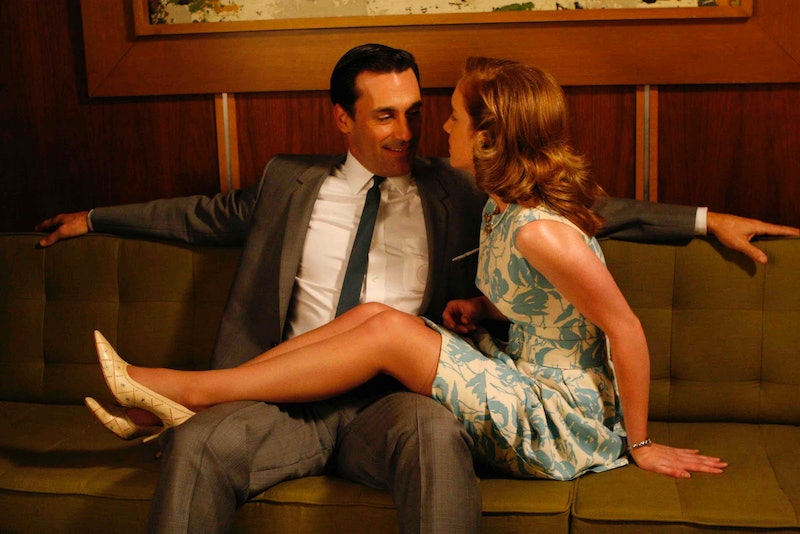 Within the first few episodes of Mad Men, it was made clear that Don Draper was the worst. He cheated on his wife, drank himself in to stupors, lied about, well, everything, and was an overall hot mess. But despite all that, women who watched the show couldn’t get enough of him, and for all his misdoings he remained irresistible simply because he’s gorgeous. This is known as the Don Draper effect. According to psychologists, women are more likely to tolerate bad behavior in good-looking men. It’s the first impression that a man makes with his appearance that affects how a woman will perceive him and judge his future behavior. The idea is that even when they’re bad, they’re still good in comparison to a man that’s less attractive. Not only is this the Don Draper effect, but the “halo effect,” too, in the way that people just naturally “warm up” to those who are attractive.

But on the flip side is the “negative halo effect,” or “devil effect,” in which people assume someone is awful and has bad characteristics simply because they’re unattractive. If we stick to the Mad Men theme, that honor would go to Pete Campbell. Pete, far less attractive than Don, lived up to the perception that he had bad characteristics over and over again. The difference between he and Don was that no one ever came to Pete’s defense, as they would for Don Draper, because of the discrepancy in their looks.

Researchers at Eastern Kentucky University studied 170 women and their perception of attractive and unattractive men. It was found that the good looking guys who, when they acted horribly, were tolerated to no end, but the unattractive men were only tolerated to a point, then they were shunned. I guess this is why serial kill Ted Bundy, who was deemed attractive, at least at the time, was able to get away with murder, literally, over and over. Good-looking guys really do have it easier in life.

At least now we have scientific proof as to why people put up with sh*tty behavior from a good-looking man. With Mad Men over, I can look back and think, “Damn, Don Draper could do no wrong,” which is clearly not accurate, but that face! It’s the type of face that can make anyone forgive and forget. Oh, Don.