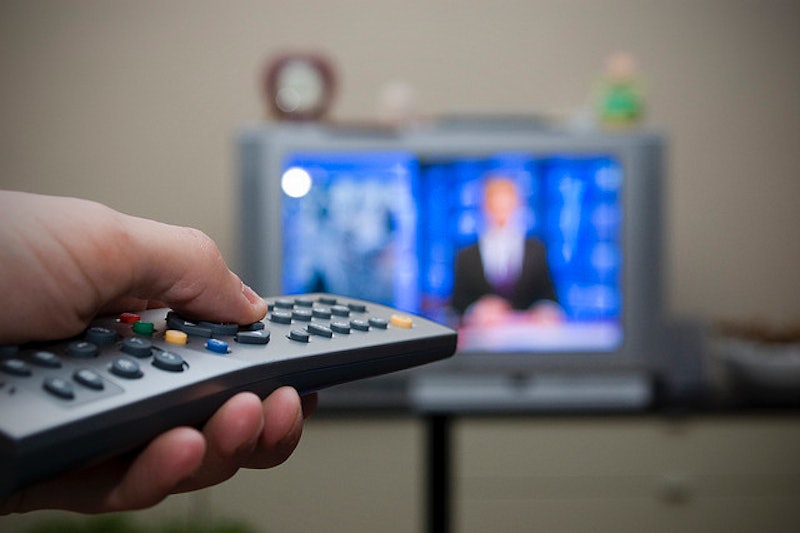 A cheating website has deemed HBO’s Game of Thrones the most popular TV show among cheaters. In a survey conducted by Victoria Milan, a dating site specifically catered to married and attached people looking for a little side action, 52.1 percent of people (both men and women) said that the popular fantasy drama was the TV series that people wanted their dates to like.

The survey asked 6,258 of its members around the world how their tastes in TV affected the chances of a successful affair, as well as what their ideal partner should be watching. Apparently, what a person likes to watch on TV can be a deal breaker —for women, anyway. More than 50 percent of women said that their date’s TV show preferences were important. However, on the flip side, 63 percent of men said a woman’s taste in TV shows was not important at all.

So, what does one’s TV preferences have to do with dating? According to Victoria Milan’s CEO and Founder, Sigurd Vedal, television is an easy first date conversation piece because most people do watch TV. Vedal said,

“First dates can be awkward, so finding that medium ground is a great way to relax and get to know each other. Chatting about TV shows is a great icebreaker … Men are happy to talk about TV shows when they are on a date – however, their date’s favorite TV show isn’t going to factor into any decisions about the future of the relationship. Fewer women want to discuss television, but they believe their date’s TV show preference is important – maybe because they think it says a lot about a person.”

Only a third of the women surveyed said they would want to discuss TV with their dates, while a majority of men said they would like it to be a topic of conversation. It makes sense. I mean, a majority of people do watch TV, so it is an easy conversation piece to get the initial first-date pressure and awkwardness out of the way. Then again, the survey was taken by a website catering to cheaters, so there’s also that.

According to the survey, these were the five most popular shows among cheaters.

Survey Question: What TV series do you want your date to like? (For both men and women)

What is it about this show that gets people so hot and bothered? Could it be the vast amount of naked bodies, the sex, or the fact that someone major dies in the worst possible way like every other episode? The couples on that show who remain truly faithful are very few and far between. Then, again, who knows? What we do know, is it's very popular among the cheating community.

Who doesn't get turned on by flesh-eating zombies?

You got blood, hostile takeovers, journeys into the unknown, and straight up viking women bad-assery, so, why not?

More like this
'GoT' Star Emilia Clarke Says She "Just Can't" Watch 'House Of The Dragon'
By Brad Witter
The 3 Zodiac Signs Most Likely To Get Married Later In Life
By Kristine Fellizar
4 Zodiac Signs That Will Take Forever To Admit They Like You
By Kristine Fellizar
I Spent 2 Years Trying TikTok’s Dating Advice
By Kailynn Johnson
Get Even More From Bustle — Sign Up For The Newsletter
From hair trends to relationship advice, our daily newsletter has everything you need to sound like a person who’s on TikTok, even if you aren’t.