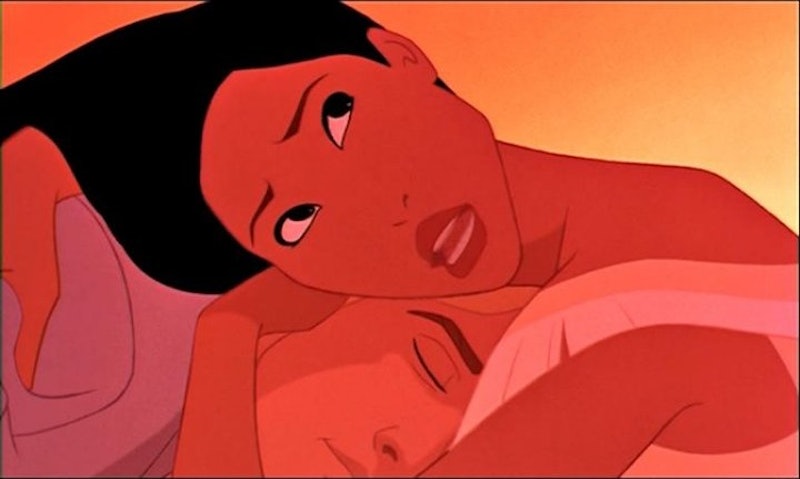 Disney has found inspiration for its films in a diverse range of sources: legends, books, its own rides. One source that Disney has often tapped is history, though this has often come with a fare share of controversy. The Disney universe is known for its emphasis on imagination, but, time and again, it has become evident that the company is better at imagining fairy tale lands than portraying history with accuracy and sensitivity. Its attempts at depicting foreign cultures and distant historical periods too often generalize, and seem uninformed by the large amount of historical information available.

Perhaps most of these difficulties come from Disney attempting to make its stories kid friendly. After all, many of its fairy tale inspirations are a lot darker than the movies end up. While it's OK to change myths, it often comes off as disrespectful when Disney attempts to make real historical figures have happy endings when the reality is often more nuanced and tragic.

Here are six Disney movies that incorrectly portrayed a historical society, messed with a historical myth, or just changed a historical event. It's not that I'm trying to ruin your childhood; it's just good to be aware that seemingly innocent pieces of media can rewrite history for the sake of entertainment.

Disney changed Pocahontas A LOT. The real Pocahontas was 10 or 11 years old at the time she met John Smith, and they were not romantically linked. She, did, however, eventually end up marrying a John — John Rolfe.

The film took some offensive liberties with its historical Middle Eastern setting, most notably suggesting that it's an Arabic tradition to cut off hands for minor offenses.

The 1997 film deviated greatly from the Greek myths upon which it is based. This is probably for the best in a kids' movie, since, traditionally, Hercules is the product of Zeus raping a mortal woman, commits patricide, saves his wife with a semen potion, and self immolates in order to ascend to heaven.

Mulan, though based on a legend rather than fact, took many disparate elements from Chinese history and placed them within one time period.

Obviously, a lot of National Treasure is mythical, but it took a lot of liberties with its central historical figures. For example, Charles Carroll, the Mason who plays a central role in the story, was not actually a Mason.

The Sword And The Rose

This lesser-known film tells the story of Mary Tudor, sister of Henry VIII. It got a lot of the well-documented details about the Tudor court wrong, including showing that Mary attempted to travel to the new world; this never happened.

Obviously Disney knows how to create a charming movie that entertains and delights generations of children all over the world, and can still be enjoyed even as more knowledgeable adults. However, as with any historical media, it's always better to do your research before you believe what you read or see.