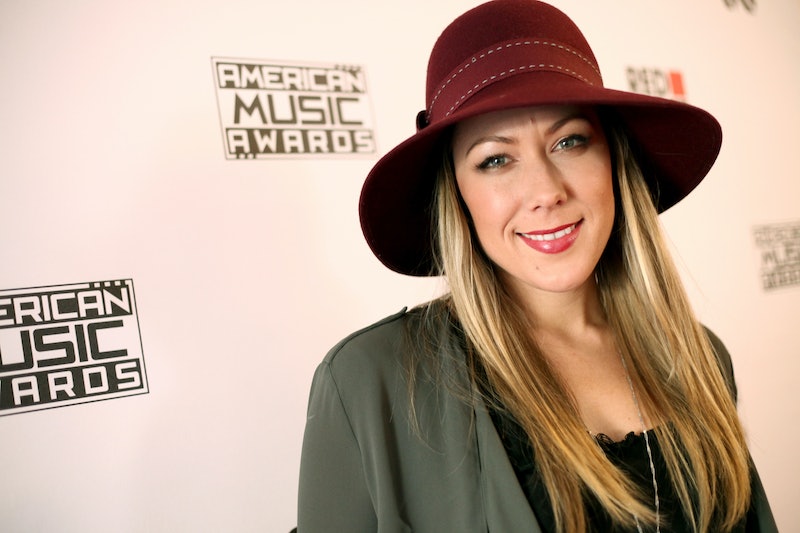 Apparently, all those romantic songs have paid off greatly. On Friday, singer Colbie Caillat announced her engagement to her guitarist Justin Young. She shared the exciting news on all of her social media platforms, which included an adorable photo of Caillat and Young looking very happy on a boat and in a warm location. Of course, their engagement announcement gets even better once you read the caption, which is a reference to Friends. The "Try" singer wrote, "This sweet man asked me to be his lobster....and I said yes :)" See? Everyone loves Friends — and Phoebe's wisdom.

According to Us Weekly, the couple have been together for years, which makes sense seeing as Young is part of Caillat's band. In 2011, she told Us, "We have everything in common. He helps me with my music and guitar-playing, and we warm up together. We go everywhere together. It is like having your best friend with you, so I really love it." She also revealed that one day they would get married and added, "I don't think there is ever a rush. If he proposed I would be very excited and I would be happy." Well, four years later, he's proposed and she said "Yes!"

Their cuteness doesn't stop there, as Caillat also gushed about Young again to Us Weekly in 2014. "I always have my phone because I'm constantly messaging with my boyfriend," she said. "Our favorite emojis are the heart eyes or kiss faces. We're a little cheesy."

Cheesy or not, these two are clearly head over heels in love. Congrats to both on their thrilling news!