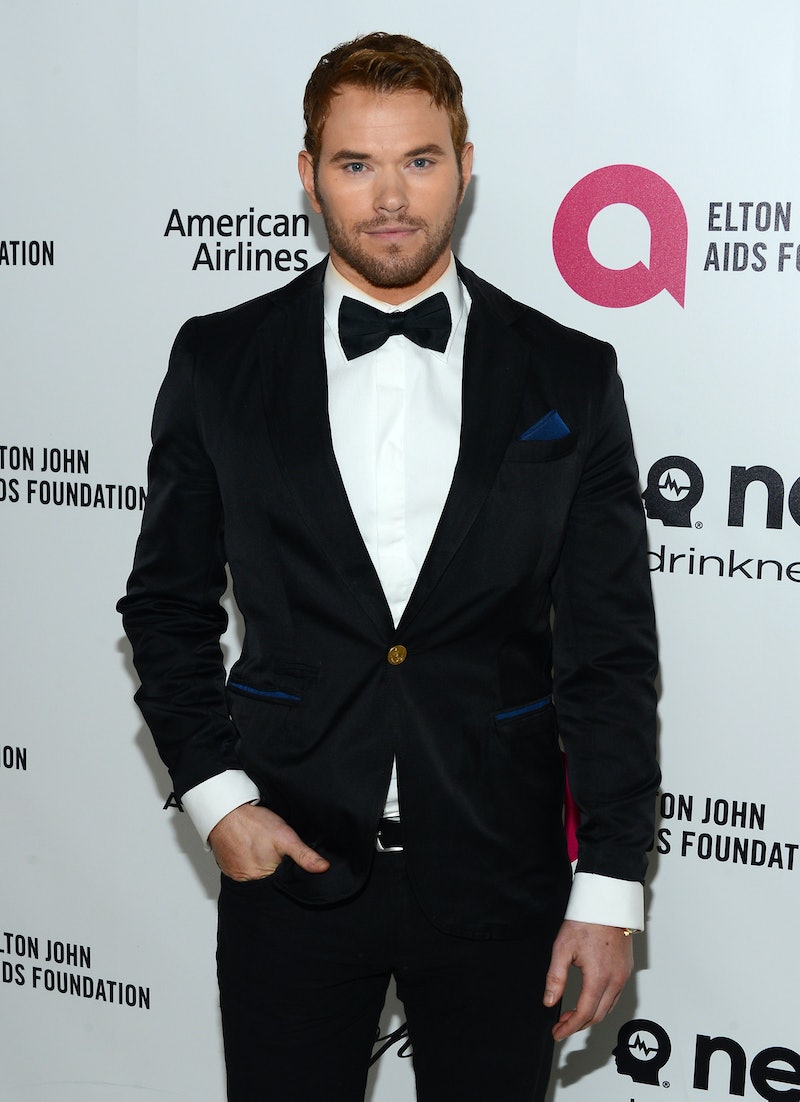 There are some celebrities who continuously get a bad rap, including Kristen Stewart. Well, former Twilight co-star Kellan Lutz is "proud" of Kristen Stewart. Any Twihards and K. Stew fans rejoicing in this news? While chatting with Elle, the actor opened up about Stewart and how much he admires her for how she handles herself in the public eye. While discussing "how people are afraid to love Kristen Stewart because of her public persona," the 30-year-old revealed not only did he want to play Stewart's brother in Still Alice "so bad" (he didn't end up getting the part), but he also said,

Brilliant script. Everyone killed it. I mean, what a great movie. I read the script and I was like, "I want this." I even hit Kristen up and was like, "Put in a good word!" But, regarding Kristen, you know, I'm proud of her for being herself. Times have changed now — there's a lot of invasion of privacy and a lot of ruined moments. What [the paparazzi] take, capture, and release is often taken as a reflection of who that person is.

From time to time, Stewart is criticized either for being opinionated or not smiling enough. Whatever the case, the 25-year-old remains unapologetic if people don't agree with her. I guess Lutz can't help but admire her for just that.

Actually, it seems like Lutz and Stewart have something in common, because he doesn't care what others think, either. As he told Elle,

Honestly, I don't care. I'm not on social media, really. I mean, I have a secret Instagram that's like my travel diary that nobody really knows about. I have it for my friends and family so they know where in the world I am. People just have this perception of what I'm like because of the roles that I play. If I get people to believe that I'm this air-headed, unintelligent beefcake, I must be doing a good job. But I know myself: I'm intellectual. I'm intelligent. I have a massive passion for science, mathematics, and writing.