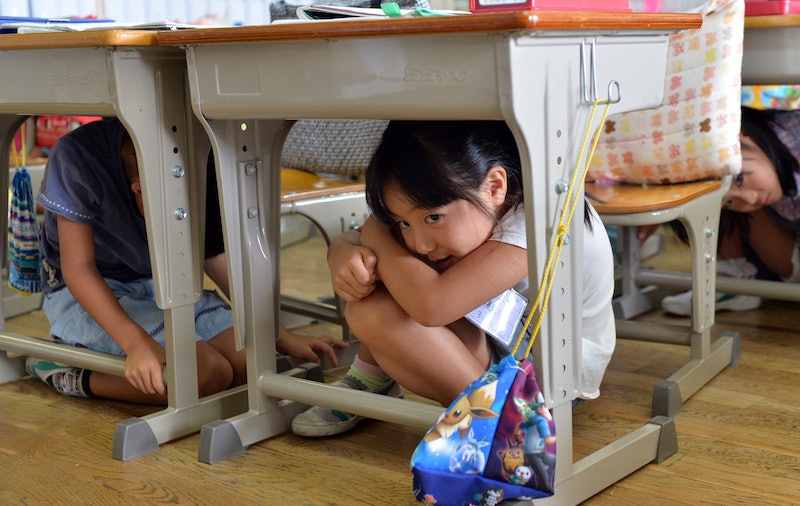 A magnitude 7.8 earthquake struck off the coast of Japan early Saturday, shaking residents and swaying buildings in Tokyo. Officials from the United States Geological Survey (USGS) reported the quake at a depth of 660 kilometers (441 miles) beneath the Pacific Ocean. Conflicting numbers out of the Japan Meteorological Agency initially placed the quake at a depth of around 590 kilometers (370 miles). No tsunami warnings were immediately issued.

According to a report out of Japan Today, the quake occurred near the Ogasawara Islands, some 1,000 kilometers (661 miles) south of Tokyo. Tokyo Electric (TEPCO) employees reported no further damage to the Fukushima nuclear plant, which was hit by a massive magnitude 9.0 quake in 2011, one of the largest in recorded history.

"This was a very big quake, but fortunately it was very deep," said Naoki Hirata from the University of Tokyo's Earthquake Research Center, in a comment to NHK news reporters. "The shaking was felt over a broad area… Fortunately, because it was deep, there is little danger of a tsunami."

The USGS defines any quake that occurs at a depth of 300 kilometers or more as a "deep-focus" quake, which tends not to do much in terms of damage, but can be felt much farther away. The 2013 magnitude 8.3 quake that struck off the coast near the northeastern part of Russia, for example, left very little damage in its wake but was still felt as far away as Moscow and the U.S. West Coast.

Saturday's quake temporarily suspended operations at the nearby Narita Airport, officials reported. It also caused several trains to halt service due to power outages spanning the rails between Tokyo and Osaka. City residents told the Japan Times that buildings shook for a full minute before the quake settled. No serious injuries were reported.

The region has not been hit with any severe earthquakes since the magnitude 9.0 in 2011, which triggered a devastating tsunami over 30 feet high. The massive wave took out homes, cars and boats as it swept across the country's eastern coastline, killing nearly 16,000. Updated numbers in April 2015 showed that around 2,500 people were still missing.

The 2011 quake and tsunami also flooded the nearby Fukushima power plant, causing a cooling system failure and prompting a destructive level-7 nuclear meltdown. As of February 2015, officials in the region report that some 300 tons of radioactive water continues to leak from the site each day, spreading nuclear material and debris as far as North America.