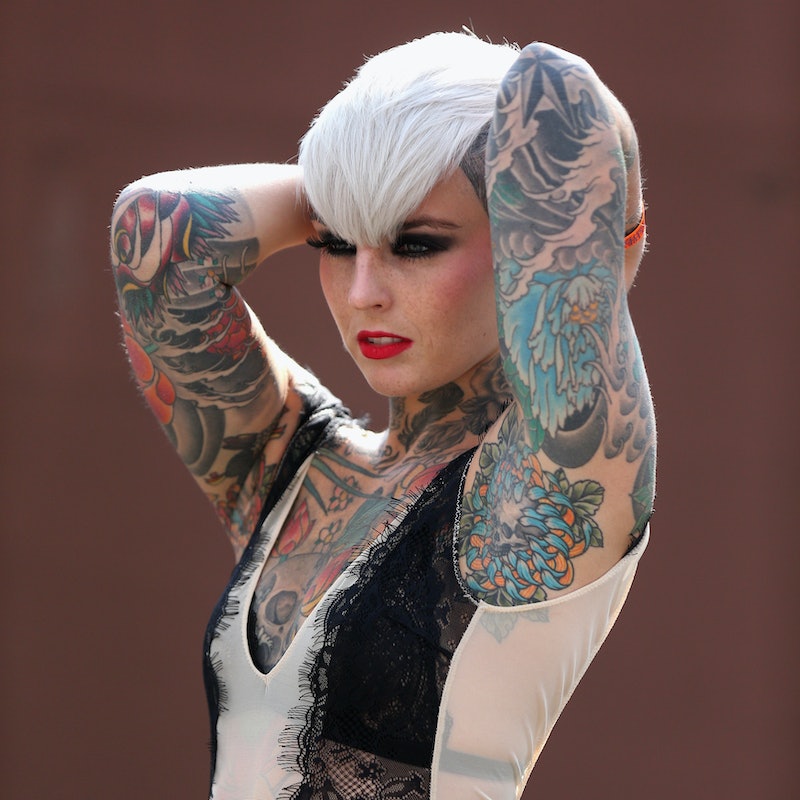 Tattoos are pretty cool, but the fact that they are permanent can both deter people from getting them, and deter aspiring tattoo artists from achieving their dreams, for fear of messing up the permanent artwork on someone's body. But luckily, there is now a solution to this fear — Tattoo Art Magazine created a "Skin Book" made out of synthetic flesh so that tattoo artists can practice their skills before inking a real person.

It sounds creepy, but it's actually pretty rad. Rather than practicing on something random, like an orange or turkey, tattoo artists will get to practice creating tats on something that actually mimics human skin. It turns out that pig skin is actually the closest to human skin, but no one wants to sacrifice pigs for the sake of tattoos (thank goodness for that). The pages in the "Skin Book" even represent body parts, so novice tattoo artists can have an even more realistic experience.

Apparently fake human skin is all the rage these days. A few weeks ago, L'Oreal announced that they are partnering with a company who 3D prints human tissue for burn victims, so that they could create a vat of human skin on which to test cosmetics — essentially making animal-testing obsolete. Science is weird.

Luckily, the "Skin Book," which isn't going to be mass-produced, is made from synthetic skin and not real flesh. And while it's still kind of a gross concept, at least tattoo artists will get to hone their craft and a few animals will be saved in the process. Sounds like a win-win to me.