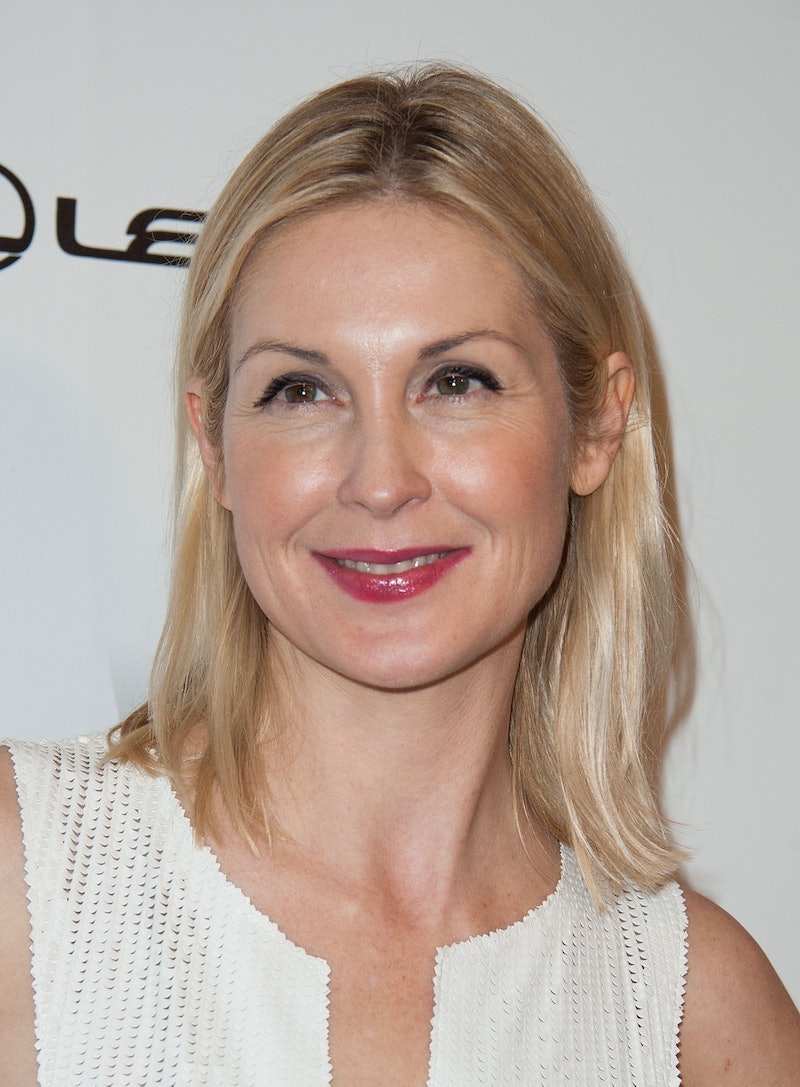 She's best known in Hollywood for her roles in Gossip Girl and Melrose Place, but Kelly Rutherford has been in the news lately for a much more troubling reason: For years now, she and ex-husband Daniel Giersch have been embroiled in an ugly legal battle over custody of their young children, who, in 2012, a California judge ruled were to live primarily in France with their father because Giersch is unable to travel to the United States — meaning that, although the parents' custody is 50/50, the only way Rutherford can see her children is to travel to France. Though just last week Rutherford was reportedly granted sole custody, it seems the custody battle has hit another hurdle: According to the Associated Press, a judge halted the ruling that Rutherford could bring her children back the US, stating that Monaco courts now have jurisdiction over the case.

Giersch and Rutherford have two children — an 8-year-old son and 5-year-old daughter — and they divorced in 2010 after being married for four years. They were given joint custody of the two children, and afterwards, Giersch moved to Monaco. He is unable to return to the US (for reasons rumored to involve alleged fraud), so, in 2012, a judge ruled that the children were to live with him since, if they were with Rutherford, he would not be able to visit them. It was a decision that made major headlines at the time: The children had grown up in New York City and had established lives there, so the ruling that the kids were to live in a foreign country full time, away from their mother, was astonishing. Rutherford fought back against the ruling, and the subsequent legal battles have highly publicized.

In this most recent legal battle, which led to a judge reportedly ruling last week that Rutherford would be granted sole custody, Rutherford accused Giersch of not allowing her to see her children — a stipulation of their custody agreement. Because of this violation, the judge reportedly allowed her to temporarily receive temporary custody of the children in order to bring them back to the United States.

Giersch and his lawyer, however, reportedly claimed that Rutherford lied about his violations in order to get custody — and now, another judge had overturned the initial decision, effectively halting any moves Rutherford may have made to bring her children back to the US for the time being. It's a tragic decision, made all the more unfortunate by the fact that it doesn't seem to be in the kids' best interest.

The decision of whether to grant Rutherford temporary custody has been deferred until June 11, when judges from Los Angeles and Monaco will hold a conversation about the most legal next course of action. Though Rutherford has retweeted others' outrage at this decision reversal, she has so far remained silent about this presumably devastating news.