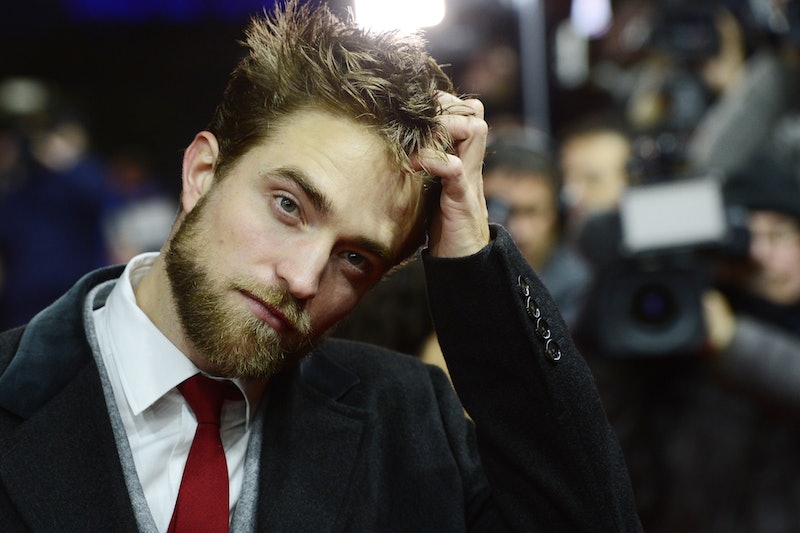 I'm here to talk to you about a very important issue, so I need you to listen closely. I'm sure you're familiar with Robert Pattinson's acting career by now, be it from Twilight or Water For Elephants or maybe even his brief stint in Harry Potter . Those projects are great and all, but there's something about Pattinson that's just not getting the attention it deserves, and that's his music career. Didn't know he sings, too? Where have you been living, under a rock? (I kid, but seriously.) Pattinson is not just some actor desperate to cross over into singing, either — he's actually GOOD at music, and I wish he'd put out an album or something.

Pattinson plays piano AND guitar and has been writing his own music for years. Two of his songs, "Let Me Sign" and "Never Think", appeared on the Twilight soundtrack, having initially been included by director Catherine Hardwicke without his permission (don't worry — he later agreed). And while he's perfectly content to keep appearing in films for as long as Hollywood welcomes him, he's always held onto his passion for singing and playing instruments, and might just turn to that should the whole acting thing ever go downhill. As he explained in an interview with the LA Times back in 2008, "I’ve never really recorded anything — I just played in pubs and stuff –- and I really didn’t want it to look like I was trying to cash in. I hope it doesn’t come across as that. I’m not going to be doing any music videos or anything. Music is my backup plan if acting fails. I don’t want to put all my eggs in one basket."

Ugh, what I wouldn't give for a Robert Pattinson album. If you've somehow missed listening to his music, you're in luck. I've gathered some of his best songs right here just for you. Press play if you dare (to fall in love with Robert Pattinson's singing voice).

Let me... listen to this song on repeat, because I totally did back when the first Twilight soundtrack came out. It's so moody to the point of nearly being downright emo, and I love every second of it. And guess what — there's an EXTENDED MIX.

Another Twilight goodie, "Never Think" might even be better than "Let Me Sign", because what's better than the classic "boy with guitar singing about love" thing that's so overdone but feels so right when it's Robert Pattinson doing it?

This track is the first part (duh) of three, which featured on the How To Be soundtrack, and admittedly, it's a bit all over the place, but that sorta adds to the charm... right?

Another song from How To Be that's slightly more put together by the last. Not my particular cup of tea, but strangely enough, I can't hate it because it still sounds like... him, if that makes sense. I wish he'd make an album so we could actually figure out... well, what a Robert Pattinson album sounds like.

This song is actually by Pattinson's friend, London-based musician Marcus Foster (check the music video: Kristen Stewart is featured it!), but Pattinson performed it at a live show somewhere in LA — and, thankfully, the song made its way onto the web after he performed it. It's emotive and intense and I'm gonna assume it's an original. Sing it, RPattz!

Another song of unknown origin, but it's close to the Twilight tracks, so I'm into it. The lyrics are slightly rudimentary ("I'll be your man/I'll understand", LOL) but the feeling is there, and isn't that what matters?

BONUS: "I'll Make Love To You"

This needs no introduction. Drunken karaoke with Katy Perry forever. The end.