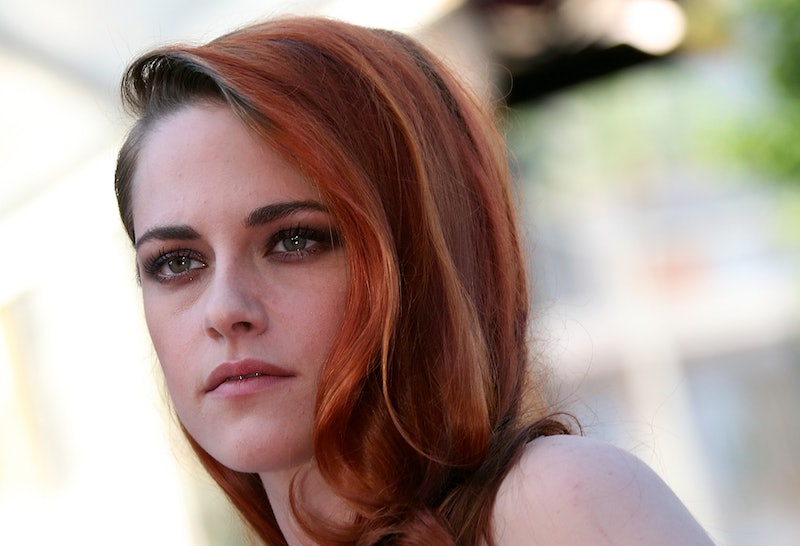 Although she received some mixed reviews during her Twilight days, Kristen Stewart has proved herself to be a formidable force in the acting world. After offering an impressive performance back in 2002 with The Panic Room, Stewart went on to test out various genres and took on a litany of challenging roles. As one who seems to truly appreciate the art of acting and pushing her personal limits, Stewart has built up a repertoire of roles that are worthy of various accolades. Her fearlessness in her art is inspirational and has led to a slew of films that touch on all the feels we could ever imagine feeling. Seriously, guys, she's kind of rocking socks right now.

One of Stewart's most notable performances to date was in 2015's Clouds of Sils Maria, where she played the replacement to an acclaimed actress 20 years her senior (Juliette Binoche). Stewart's portrayal was so impressive, she garnered a coveted César award — otherwise known as a French Oscar. The aforementioned are only a few of Stewart's popular roles in movies we continue to re-watch. But what does your favorite Stewart movie say about you? If this question has been burning the corners of your psyche, fret no more! I have compiled a list of some of our fave Stewart movies and taken it upon myself to draw some conclusions on what your favorite may say about your personality. Enjoy!

This was Stewart's first big role as a child actor. If this nail-biting thriller is your favorite, you are fearless and always interested in an adrenaline rush. Sky-diving this Saturday? You're there, no questions asked.

If your favorite Stewart movie is Twilight from 2008 — or, honestly, any of the subsequent films from the Twilight franchise — then you are likely a hopeless romantic. You are an optimist who doesn't allow yourself to become jaded even when the dating pond seems full of piranhas. You also might have a thing for vampires, which is fine according to Buffy the Vampire Slayer.

You are fierce and independent. You probably also enjoy a good dose of nostalgia and watch old Disney movies from time to time, amiright? Me too.

If you picked this film as you're favorite, you are driven, intelligent, and likely a movie guru.

If this movie is your favorite, you are probably a big fan of Joan Jett and/or '80s rock jams. You also likely aren't afraid of grit and are fiercely independent.

Who said romantic comedies have to be cheesy? Full of great performances, complex characters, and a compelling story arc, Stewart shone as the sensitive-yet-confident love interest to Adam Brody's character, Carter Webb, a writer who travels to care for his grandmother. If this is your favorite Stewart movie, you are likely confident, independent, and not afraid of showing your softer side. Love can be a scary thing, but you embrace the fear.

In this heart-wrenching drama about a woman suffering from early-onset Alzheimer's (Julianne Moore), Stewart takes an impressive turn as a daughter struggling to come to grips with a complex issue while remaining strong for her family. If this film is your favorite, you are strong and sensitive, and likely someone who puts family first.