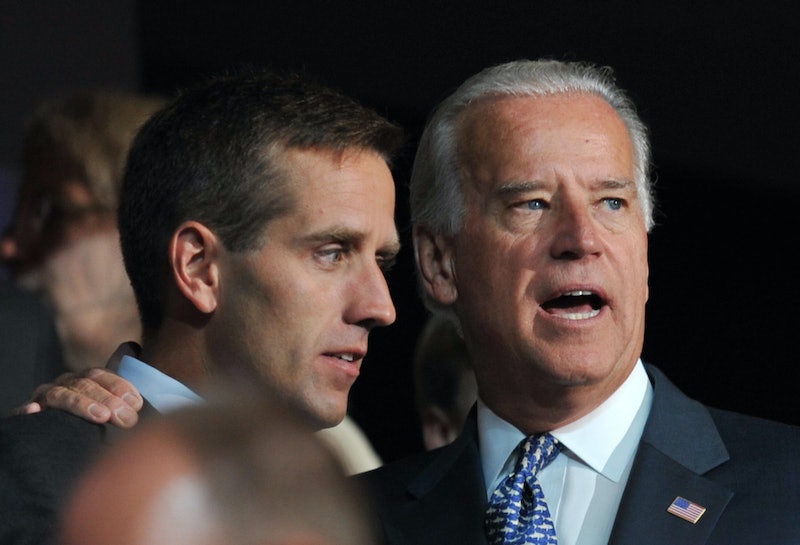 On Saturday night, the Biden family announced in an unexpected statement that Beau Biden was dead at 46 of brain cancer. The eldest son of vice president Joe Biden, Beau had been quietly hospitalized on and off in recent months, but news of his death was unexpected for many. Almost immediately after the statement was released, public figures, from Chelsea Clinton to Jeb Bush, quickly began expressing their condolences to the Biden family.

The Obama family was among the first to publicly reach out to the Biden family, saying in a statement:

Beau took after Joe. He studied the law, like his dad, even choosing the same law school. He chased a life of public service, like his dad, serving in Iraq and as Delaware’s Attorney General. Like his dad, Beau was a good, big-hearted, devoutly Catholic and deeply faithful man, who made a difference in the lives of all he touched - and he lives on in their hearts.But for all that Beau Biden achieved in his life, nothing made him prouder; nothing made him happier; nothing claimed a fuller focus of his love and devotion than his family.Just like his dad.

Other politicians and public figures reached out over Twitter.